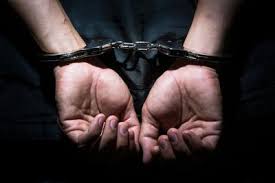 The decision by the Kenya Revenue Authority board to recall Commissioner General John Njiraini form retirement  to manage the crisis after the agency was rocked by one of the biggest corruption scandals to hit a state corporation has left many kenyans guessing.

There are claims that James Mburu , KRA commissioner for intelligence and strategic operations and a close ally of the outgoing commissioner general is behind the arrests of his colleagues as he schemes to succeed Njiraini. 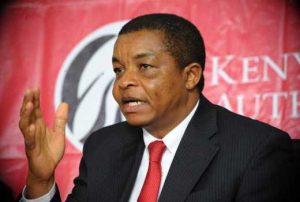 “This whole issue is about who will replace Njiraini. Some senior officials want to be seen as performers. They have choreographed the arrests of their juniors so that they can be seen as suitable candidates to replace the outgoing commissioner general,” a businessman was quoted saying in a local daily.
The move to recall Njiraini came in wake of arrest and arraignment of about 70 employees in court over tax evasion allegations.
Njiraini, who was serving his terminal leave, was recalled by KRA board chairman Francis Muthaura who argued they have confidence in him and his management team.
However, some of the staff argues that their colleagues captured in the raids are pawns in a bigger game to cleanse Njiraini and his sidekicks over wanton looting at the state body.
But the Directorate of Criminal Investigation has widened the investigations scope by inviting all those with information about scandals at KRA to present them.
Among those invited to shed more light on the corruption claims at KRA is blogger Robert Alai.
In statement on its social media page, DCI asked Alai to appear at the office to disclose what he knows about the alleged scandal. The DCI promised not to disclose the information he will reveal to them.
But some staff at KRA are blaming Njiraini over the state’s body failure to meet revenue target, arguing he is shifting the blame to junior officers to mask his failures. 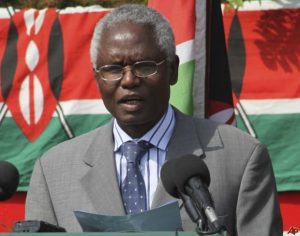 They claim that over the years, the outgoing commissioner general has consistently lied to the executive about revenue targets while sabotaging Uhuru Kenyatta by enhancing porous systems and inflating costs of the systems.
Currently, they argue that KRA has more investigative systems than revenue collection systems which defeat the purpose of revenue collection.
The staff, in a memo availed to us, claim Njiraini has created an illegal department in KRA, the very first in the world that focuses exclusively in investigating its own staff usurping the powers of the DCI, DPP, EACC and NIS.
The department, they claim, purports to collect intelligence on staff and rogue traders, the latter being the role that is meant to be played by the investigations department which has police officers seconded to it and the market surveillance unit within the DTD department.
They term the current head of the ISO department as a career failure, who has been moved from one department to another by his godfathers due to his incompetence and propensity to bungle even the simplest of cases.
The staff pointed out the case of businessman Humphrey Kariuki whose premises were raided but the matter appears to have come to a halt.
They further argue that Mburu’s life achievement is the number of staff he has sent home on fickle grounds of being unethical.
“It is interesting that any work being done at KRA currently has to be shadowed by Mburu’s people. It is also imperative to note that his department is made up of 90pc from one tribe,” they state.
The staff said the day of reckoning is fast approaching as they have vowed to lift the lid on all corrupt dealings of their bosses starting from the outgoing commissioner general.
“Information including taxpayer data, WhatsApp screenshots of instructions, telephone recorded messages and confidential data of senior managers has been leaked to us to release in the eventuality more staff are targeted in the current crackdown that seems to be favouring those aligned with the outgoing CG,” the say in the letter. 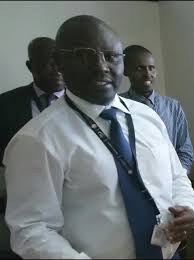 The staff claims they will expose the spies hired by Mburu, Kagira and Edward Karanja.
We have also obtained a full list of all staff employed by the authority since 1995, their ethnic affiliations, how they came in and who recommended them. A quick glance at the list indicates a powder keg of cataclysmic proportions. From that list and information corroborated from the registrar of persons, KRA has employed a record 1215 workers over time from a single village,” the staff claimed.
The staff claim that a day before the arrests, Mburu asked for Sh5 million from the general vote of which he signed for Sh1 million and the other Sh4 million signed for by Saidimu to facilitate the raids.
Some staff, according to the memo, were earlier warned by officers at Mburu’s office of the impeding operation and parted with money to facilitate their freedom.
The staff claim Mburu has been finishing nonKikuyus in management positions in KRA.
They add that he “irregularly rose from a mere officer five years ago to the rank of commissioner simply because he is Njiraini stooge. Mburu also faced a court case challenging his appointment as commissioner.
“Mburu has been sacking officers in KRA and boasts of close connections with State House. He has been protecting one Karanja of investigations and Kaguru of customs from facing corruption and abuse of office charges. Mburu receives hefty bribes from Kaguru and Mike Njeru in Mombasa to allow them operate with impunity,” they stated in a past memo.
Interestingly, Njiraini was recalled at a time KRA had advertised the position of the commissioner general.
Njiraini took office in March 4 2012 but has had his tenure extended haphazardly.Under his watch are shocking scandals at KRA.
For instance on August 2018, detectives from the DCI were following a lead where KRA employees had stolen over Sh100 billion in just six months.
The tax evasion racket that happened at the Port of Mombasa saw rogue KRA staff collude with unscrupulous traders to facilitate false declarations to deny the taxman requisite taxes such as import duty. They also allowed in counterfeits in exchange for kickbacks.
Other agencies such as the Kenya Ports Authority and Kenya Bureau of Standards were also in the mix.
Another scandal involved implementation of the Excisable Goods Management System (EGMS) which was given to a Swiss firm SICPA Securities Solutions.
This arrangement meant that consumers would pay more for imported goods while the SICPA management smiles all the way to the bank.
SICPA was to get Sh1.5b which was to be added to the excise tax on bottled water and juice, to be shouldered by the consumers. This was a Sh17 billion contract.
This was however suspended indefinitely in July 2018, after Consumers Federation of Kenya and some MPs opposed the move.
Another scandal is the shocking British American Tobacco (BAT) bribery scandal.
BAT would bribe KRA officials to disclose tax returns of its competitor Mastermind Tobacco so that they can increase Mastermind’s tax burden. 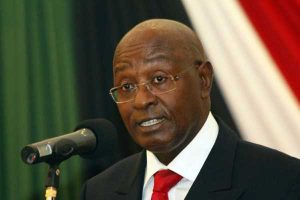 When he eventually leaves office, Njiraini will perhaps look behind his time as commissioner general at Kenya Revenue Authority and feel proud.
But to Kenyans, he will go down in history as the man who never met revenue targets set for him by the Treasury throughout his tenure as the country’s chief tax collector.
His tenure will be contrasted with that of his predecessor Michael Waweru, who surpassed all targets so much so that then president Mwai Kibaki rewarded him with a three-year extension.
Njiraini is a Bachelor of Commerce graduate of the University of Nairobi. He did his master’s at the same institution between 1985 and 1987.
He served as the chief executive officer at Institute of Certified Public Accountants of Kenya between 1996 and 2006 before he joined KRA in February of that year as commissioner for domestic taxes and large taxpayers office.
He held the position up to February 2012 when he was promoted to the helm of the institution.
A native of Kiamaina village on the foothills of Mt Kenya, Kirinyaga Central constituency, Kirinyaga county, Njiraini will leave KRA reeling in serious revenue shortfalls.

Nyamira jobs cartel not dying without a fight