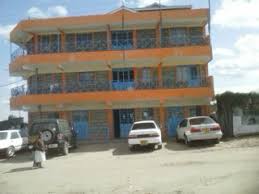 Members of the troubled Katelembo Farmers Co-operative Society in Machakos county are in a catch-22 situation following mass looting of the society’s property by the management.

The desperate and helpless members have gone to different government offices in Machakos and Nairobi in search of help but their efforts have borne no fruits.

Looting of the members’ land already allocated to them by the management officials has become an order of the day.

The untouchable new management officials led by the new chairman Wilson Muema and the society’s manager Sebastian Nzau have each taken land parcels from the aggrieved members and sold them off.

Most of the illegal land transactions are either carried out in the society offices or outside under the care of the manager who every official relies on for specific records and co-ordination of relevant offices like lands and co operative.

The manager popularly known as Seba by his accomplices has been buying out his long stay in the society for the last three decades through his influence in assisting most of key government officials in getting free land.

He has witnessed many of the past management come in and out of office with each of the officials toeing his line for their survival.

Many members have died without accessing their share of land, most of which landed in the hands of the greedy management officials.

The aggrieved members blame the manager for their woes since he is the custodian of all records regarding their share of the land, most of which has been transferred to the wrong people after buying it from the officials.

“It is our appeal to the authorities that if there is any prosecution to be executed, it should first start with the custodian of the records and later the officials in that order,” said the members.

They are against the plan to wind up the society before they get their share of the land in question.

“In fact, the decision has been hatched by the management through the wise advice of the manager as a way of getting off with the grabbed members land,” the members revealed.

The plan to wind up the society was also approved by the county co-operative commissioner Harrison Nyamu, who is said to be the biggest government beneficiary of free land taken from the society among other influential government officials in Machakos who play a role in protecting the officials.

Some of the affected members said they have been at the society’s offices only to find nobody to serve them after the officials relocated to hotels in Machakos town where they operate from in conjunction with land cartels that avail customers.

The members have now appealed to Director of Criminal investigations George Kinoti to institute investigations into the matter with focus on the new chairman who is believed to have already transferred some plots into his own name.