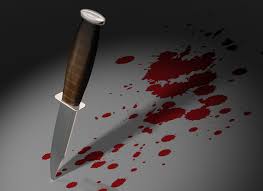 A 75-year-old man attacked his elderly wife with a panga inflicting fatal injuries before committing suicide in Luanda subcounty Vihiga county, an incident that left residents shocked.
It is said Joash Oniang’o from Ebutsimi village attacked his wife aged 78 with panga at night injuring her badly before he took his life by taking poison.
According to neighbours who were left puzzled by the incident, the elderly man who is a retired teacher had a series of domestic conflicts with his aged wife before the situation turned deadly.
They said the deceased took his panga to a grinder at nearby Luanda town in the evening before he arrived home with an intention of killing his wife.
The deceased is said to have attacked his wife at night in the house where he cut her several times leaving her for the dead.
The neighbours said after realising that he had killed his wife, the deceased left home and went to hide in the nearby church where his wife used to go for church services where he reportedly consumed poison and died.