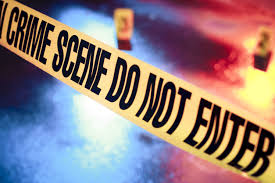 Villagers at Elukui village Essaba sub location in Emuhaya, Vihiga, woke up to a tragic shock after a 30-year man allegedly killed his 27-year-old wife before hanging himself.
The suspect who was identified as Sammy Muhanji killed his wife Mildred Muhanji after a quarrel.
Area chief Aineah Olocho said the deceased had a record of crime and was released from Kodiaga Prison recently.
He said the villagers were puzzled by the incident. They found photos of the deceased, a woman’s underpants, two bibles and kikoi tainted with blood at the gate of the deceased.
He said the villagers upon discovering the items went and knocked at the door of the couple only to find their dead bodies.
He said Muhanji’s body was dangling from the rafters of his house while the body of Mildred was on the floor.
The bodies were taken by police to Coptic mortuary. This comes a few days after a 38-year-old man hanged himself after picking a quarrel with his sister-in-law in the same Tongoi location.
The man who was as identified as Sisal Ondiko was discovered hanging from the roof of his house.
His body was buried the same day at night according to local traditions. Incidents of people committing suicide in Western region have risen to a worrying level.

Thug of Bungoma with six number plates for one car

Rapist on the run nabbed by DCI detectives