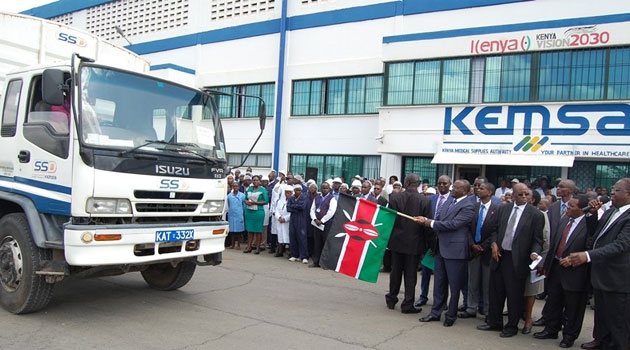 A serious management crisis has erupted at Kenya Medical Supplies Authority where Jonah Manjari is the CEO. Manjari has been in office just for a year after he landed the plum slot in controversial circumstances.

According to sources well versed with the current happenings, the genesis of the wars has to do with Kemsa decision to seek a consultancy firm to review business operations and recruitment of staff on what was initially termed as having been done on nepotism basis and tenders awarded in a suspicious manner.

By then word was rife within Kemsa circles to the effect some directors and managers had fronted girlfriends, relatives to land plum positions at the headquarters and other field offices. 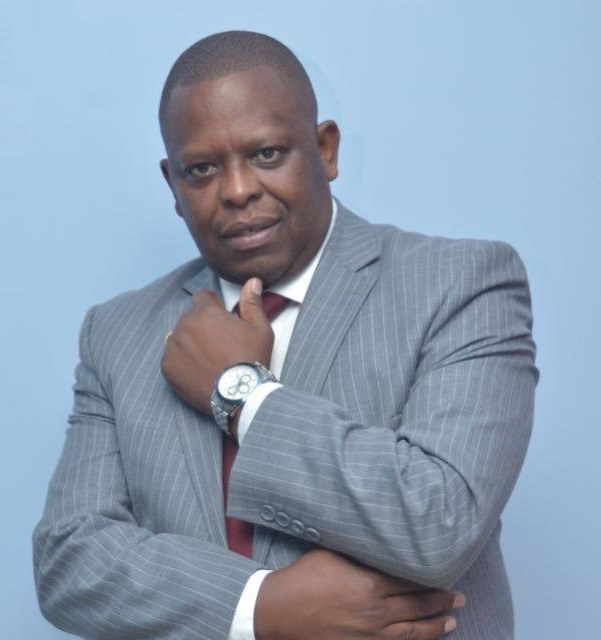 Those said to have hired relatives were Karanja in finance and Juma in procurement and the human resource director’s office. The arrival of Manjari and his decision to dismantle the cartel calling shots at Kemsa for decades, more so, after the former CEO Daudi Muya left rubbed many the wrong way.

In fact it is even said that Karanja hired his in-law with another director lobbying to have a lover recruited in his department.

Sources say, a move by Kemsa to have staff employed on contract terms is also part of the current wars.

The current wars are fierce to an extent that confidential documents are now being leaked out to settle scores.

This is happening as a section of managers and board of directors have secretly been holding meetings to force Manjari to resign over what they term corrupt and arrogant style of leadership. The CEO is also blamed for sexually harassing a section of female workers.

The forces involved have been linking the CEO to serious corruption, abuse of office and impunity.

The CEO is also accused of intimidating managers, board members on the grounds that he receives direct instructions from immediate members of the first family. The recent Auditor General’s report has revealed that Kemsa recruited 418 irregularly.

Informed sources reveal that award of tenders between August 2018 to January 2019 is part of the current wars that have erupted at Kemsa.

Top managers had formed shell companies and even lobbied to have those controlled by friendly directors land lucrative tenders.

One company Manjari is accused in favouring in tender awards trades under Astique Ventures Ltd. The directors of Astique are Doris Anita, Nyawita Kivuti and Alister Halima Kariuki. They are all Kenyans with postal address 2140-00200 Nairobi.

Another firm that is favoured at Kemsa is Angelica Medical. The directors are Nicholas Gitonga Matu, Daniel Matu and Mary Wanja. Their postal address is 70676-00100, Nairobi.

To show how wellconnected Astique Ventures is at Kemsa, it on November 1 2018 via tender Kemsa/ONT04/2017-2019 awarded a whopping Sh105,682,000 deal. In the said tender, a one Isaac Wachira Munene, Alister Halima, Dorisanita Nyawira Kivuti, Kariuki Isaac are named as directors.

Questions are being asked as to whether Astique Ventures has rotating directos.

The we have PAsaiby Tourmaline Ltd of Irene Chemutai Rop and Amos Kipkoech as directors. On August 15 2018, the firm won two tenders of Sh3,219,995 and Sh1,650,688 million to supply non pharmaceuticals.

Another firm Gladlab Suppliers Limited is said to have parted with a cool Sh50 million to win tender Kemsa/ON17/2017-2019 to supply non pharmaceutical surgical catheters and gloves at a cool Sh85,620,606. The firm directors are Glady Muthoni Thumi and Duncan Mwangi Kibiru. Gladlab pointman within Kemsa is Eliud Muriithi, the commercial director.

Our source revealed that it is in supply of non-pharmaceuticals that is highly budgeted for that mega deal, are cut and that is why a firm can get an award for more than two tenders all at highly inflated cost. The quoted price is said to be over 10 times the market price.

Then we have supply of pharmaceuticals that are dominated by crafty Asian businessmen who openly boast of bribing who is who at Kemsa.

One notorious firm in the said tendering is Sai Pharmaceuticals Ltd whose directors are Divesh Kotecha, Bhavesh P Kotecha and Rajesh P Kotecha. On November 15 2018, Sai was awarded Sh19,843,159 to supply injectives and vaccines via tender Kemsa – OIT6-2017-2019.

Weekly Citizen has information from the Asian community that Sai Pharmaceutical directors evade taxes running into millions of shillings despite being paid by Kemsa. They are well linked at Kenya Revenue Authority.

The authority had 759 staff against the benchmark of 341. According to the report for the financial year ending June 30 2018, the authority paid Sh8.7 million to 26 staff seconded to the agency. The 26 had been working for Kemsa for over six years. This, the report observed, was contrary to its human resource policy that restricts secondment to a period not exceeding three years.

“Further, the seconded 26 staff include 12 staff with no special skills contrary to paragraph 7.3 of the human resource policies and procedure which provide for secondment of employees with special skills that are not available within the authority,” part of the report reads.

According to the Auditor General Ouko, the authority paid Sh9.3 million in salaries to 40 employees during the year under review and another two who were promoted without necessary approvals.

The auditor questioned Kemsa’s expenditure on wage bill amounting to Sh765 million for the year under review. The audit report raised a red flag on the cost of Sh150 million expired drugs that was declared by the management, noting that no explanation was given for stocking the expired drugs.

“Consequently, the accuracy and validity of the balance of the net sales of Sh709 million cannot be confirmed,” the report stated. The audit flagged another expenditure of Sh8 million, which included Sh6 million, that was paid out to members of the board as sitting and lunch allowances. “Further, the sitting and lunch allowances included an amount of Sh1.6 million paid to four board members whose supporting invitation letters and minutes of the meeting held were not availed for audit verification,” stated the report. It was also revealed in the audit that the authority does not possess ownership documents for various parcels of land located in at least five counties and valued at Sh158 million. According to the report, the agency has the property valued at Sh3.9 billion, which include parcels of land worth Sh1.7 billion.