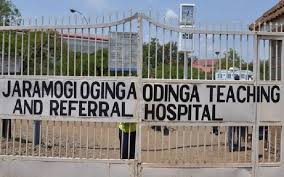 The management of Jaramogi Oginga Odinga Teaching and Referral Hospital is once again in the spotlight over claims of massive corruption in tender procurement.

It has emerged that one Olivia Adhiambo perceived to be a powerful accountant is operating dubious companies known for hijacking lucrative tenders at the institution.

But the JOOTRH CEO Peter Okoth dismissed the allegations pointing at a possible case of suppliers’ dirty war as was witnessed in the past when claims of baby exchange erupted at the referral hospital.

The new Kisumu CeC for health Miguda Atyang has been petitioned to swing into swift action and ensure that sanity prevails and companies winning tenders at the hospital are not owned by those working at the facility.

It is claimed that the disgraced accountant operates a host of companies through proxies who are either friends or relatives to loot millions of shillings from the hospital through skewed tender procurement.

Some of the companies in question are Netconsoles which has been contracted to do the cabro pavement at the facility and said to be owned by Adhiambo’s cowife Consolata Achieng while their husband James Ogoto is doing bankrolling part of the suspect business.

According to sources, one Eric a cashier at Obama wing and a cousin of Adhiambo is the director of Jakahongo Limited, the new cleaning company that dubiously replaced Real Arc.

Reports indicated that those behind Jokahongo Limited spent a whopping Sh1.2 million in bribing the committee doing evaluation in Bondo town, some kilometres away from Kisumu city.

According to sources the bribery was facilitated by Olang Onudi another crook who almost brought down Governor Anyang Nyong’o’s administration and also said to be Adhiambo’s boyfriend. 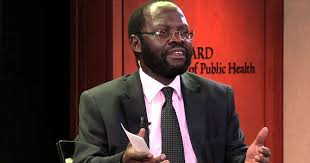 It has been established that the CEO and the administration are under pressure but can not act against the woman who is boasting to be a powerful individual at the hospital given her rumoured love affairs with Onudi who makes her feel protected.

Properties including apartments said to be owned by Adhiambo are registered under Glidam Holding and Tovic Limited.

When reached for comment Adhiambo dismissed the allegations as social media rumours.

The same position was taken by Okoth who noted that some people were to spoil the name of the accountant adding they did not have any evidence to associate her with the said companies.

Splinter ACK Mbeere diocese faction back to drawing board