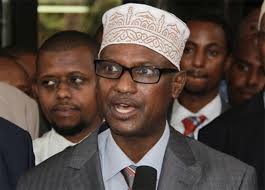 Some of those handling the case on behalf of the county have given differing opinions. Some want the matter handled with great care and modalities worked out on how to pay in instalments the sum of money demanded.

However, others claim that the amount in question is exaggerated and the lawyer has colluded with a section of the county employees in the legal department to fleece the county.

They have even raised issue in the manner the law firm was recruited to offer legal services to the county without competitiveness. The award was through single sourcing, according to one of the lawyers well versed in the raging saga. 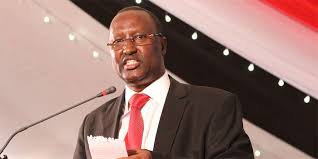 Munene made an application dated August 30, this year based on advocates remuneration order, on grounds that he is entitled to legal fees amounting to Sh151.6 million after successfully defending the county over several cases since 2014.

The cases range from the era of former governor Doyo Godana to the current one under Mohammed Kuti. Kuti, a down- to-earth administrator and a former cabinet minister is said to be against the payments.

Among the cases is that in which the county government and its secretary were sued by former Isiolo speaker Mohammed Tubi and then deputy speaker David Lemantile and budget and appropriation committee chairperson Abdi Sora Balla for approving a false supplementary budget.

They want the court to quash the Sh3.3 billion supplementary appropriation Bill of 2014/15 saying it is illegal. The Judicial Review application was dismissed in February 2018 with Tubi being ordered to meet the cost of the litigation.

Lemantile and Balla faced economic crimes and abuse of office charges later in which the lawyer acted for the county boss.