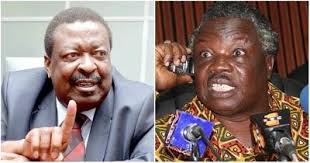 As the supremacy war for western region takes centrestage, the raging power struggle between Amani National Congress leader Musalia Mudavadi and Central Organisation of Trade Unions secretary-general Francis Atwoli has taken an interesting turn, with the ANC boss boldly aiming his guns at the combative trade unionist.
Atwoli prediction that ODM candidate Imran Okoth would win the Kibra parliamentary seat came to pass.
Atwoli claimed Imran would defeathis opponents with a big margin and declared MP.
“Imran Okoth will win by 10am. Take it to the bank, take it to the bank,” Atwoli repeatedly said.
Imran was declared winner after garnering 24,636 votes, followed by Macdonald Mariga who got 11,230 votes.
Amani National Congress Eliud Owalo was third with 5,575 votes while Ford Kenya’s Khamisi Butichi settled for 260.
In 2017, at the height of the rivalry between Uhuru Kenyatta and Raila, Atwoli indicated there was room for negotiation between the two leaders and called on Uhuru to consider a truce with the former premier.
Atwoli predicted the downfall of Punguza Mizigo bill fronted by former presidential candidate Ekuru Aukot. The draft flopped midway after being choked by more than 24 county assemblies.
Atwoli has predicted the success ofBuilding Bridges Initiative and an impending referendum and William Ruto will not be on the ballot in 2022 presidential election. Atwoli also predicted the down fall of Malindi MP Aisha Jumwa.
For now, Atwoli is favouring Kakamega governor Wycliffe Oparanya as the person to head the Luhya community in Uhuru Kenyatta succession. Recently, Mudavadi accused Atwoli of talking too much politics at the expense of workers suffering under what he termed oppressive regimes. This was in apparent response to the outspoken Atwoli’s decision to support Orange Democratic Movement and its flagbearer Imran Okoth in Kibra by-election held last Thursday.
As if to take a swipe at Atwoli, the increasingly combative Mudavadi decried the anguish he claimed workers at Nairobi’s Industrial Area had been subjected to as the trade unionist looked the other side. 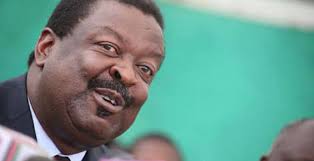 The latest round of fireworks between the two protagonists is just but a pointer to the undercurrents surrounding the scramble for the populous Luhya vote, long associated with the lack of an authoritative political command able to lead the community to a rewarding political dispensation.
As things stand, four centres of power have emerged, pitting Mudavadi against Atwoli on the one side, and ODM leader Raila Odinga and William Ruto on the other.
Considered the foremost political leader since former vice president Kijana Wamalwa’s demise in 2003, Mudavadi has been blamed for not shepherding the community in the right direction towards the ultimate prize – the presidency.
In 2007, Mudavadi, a former VP, came close to stamping his authority when he led the region to vote convincingly for Raila and the Orange party. As Raila’s principal assistant then, it was gratifying that Mudavadi had real prospects of ascending to the top of the country’s leadership, what with spiritual leader Elijah Masinde’s famous bubwami bukhamile khunyanja (a Luhya presidency shall come through the lake) prediction. 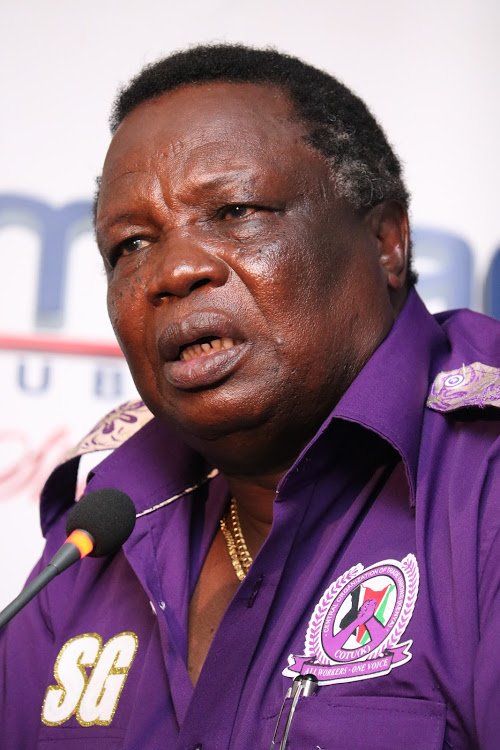 But as fate would have it, the infamous presidential election saw the Raila-Mudavadi juggernaut amounting to naught.
When order appeared to have returned after a protracted healing process midwifed by the international community, Raila and Mudavadi would trudge on to land influential positions of prime minister and deputy prime minister in the eventual grand coalition government respectively, while living to fight another day.
But come 2013, and with Kibaki exiting upon serving his second and final term, Mudavadi made a blunder that will later return to haunt him – perhaps for eternity. Viewed as Kibaki State House’s preferred successor, the former DPM chose to chart his own cause independent of Raila, this time round building his brand along the United Democratic Front platform.
Oblivious to the classic case of political deceit that lay in wait, Mudavadi seemed to embrace anti-Raila forces personified by a deadly combination of the infamous Mount Kenya Mafia and The Hague-bound International Criminal Court duo of Uhuru Kenyatta and Ruto.
United in the desire to finish a common enemy – Raila – the Mt Kenya Mafia would tactfully conspire with the UhuRuto crew to ‘offer’ Mudavadi the presidency on a silver platter at Raila’s expense, a penultimate fallacy that continues to haunt the ANC boss to date. Like they say, the rest is history. 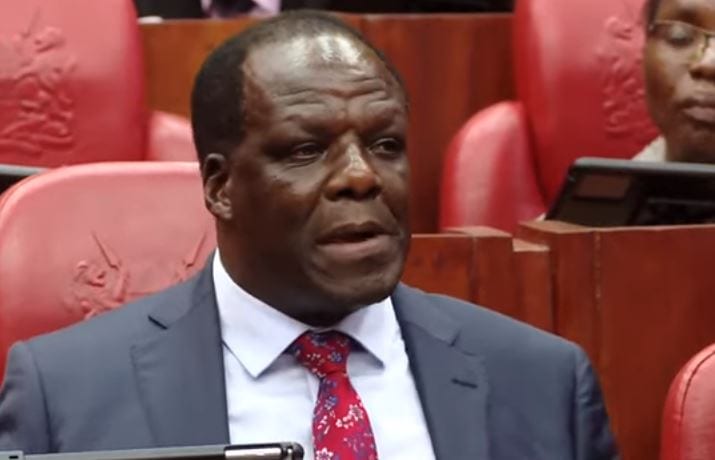 But the gentleman’s politician that he is, lady luck smiled at him when he, in the run up to the 2017 elections, was installed Luhya spokesman in a controversial exercise that Atwoli sponsored, piping Kakamega governor Wycliffe Oparanya and Ford Kenya leader, Bugoma Senator Moses Wetang’ula. Oparanya attended the ceremony at Kakamega’s Bukhungu stadium.
In any case, Mudavadi’s installation drew high calibre dissent among politicians from the Bukusu subtribe, with Wetang’ula leading the pack from Bungoma and Trans Nzoia to give the January 1 2017 Bukhungu event a wide berth.
The Luhya spokesman issue seemed to breed controversy and squabbles between the community’s subtribes in equal measure, but Atwoli and Mudavadi would hear none of it. It goes without saying Atwoli has for many years been unifying subtribes under one leader towards projected political goals.
Well ahead of 2022 transition polls, for instance, the trade unionist once announced he has already put in place Sh500 million kitty towards a Luhya bid to succeed Uhuru, with Sh10 billion targeted for the major duel.
With sights now trained on the impending Bukhungu II Declaration in search of the community’s first among equals, Atwoli’s fallout with Mudavadi is bound to occasion major political realignments in the region and beyond.
Weekly Citizen recently reported that Raila was grooming Oparanya to take over the reins of western regional supremacy, effectively firing a warning shot at Mudavadi. In this scheme of things, Oparanya is expected to lead a ‘handshake’ agenda in the region to Mudavadi’s detriment.

Other than Mudavadi, Oparanya and Wetang’ula, youthful political leaders with sizeable influence in the region include Devolution CS Eugene Wamalwa, Kakamega Senator Cleophas Malala, his Vihiga counterpart George Khaniri, nominated MP Godfrey Osotsi and Saboti MP Caleb Amisi.
Whereas Wamalwa is expected to bounce back on the political scene, Malala and Osotsi – both outspoken ANC renegades – have for some time exhibited remarkable consistence in articulating issues both at national and regional levels. 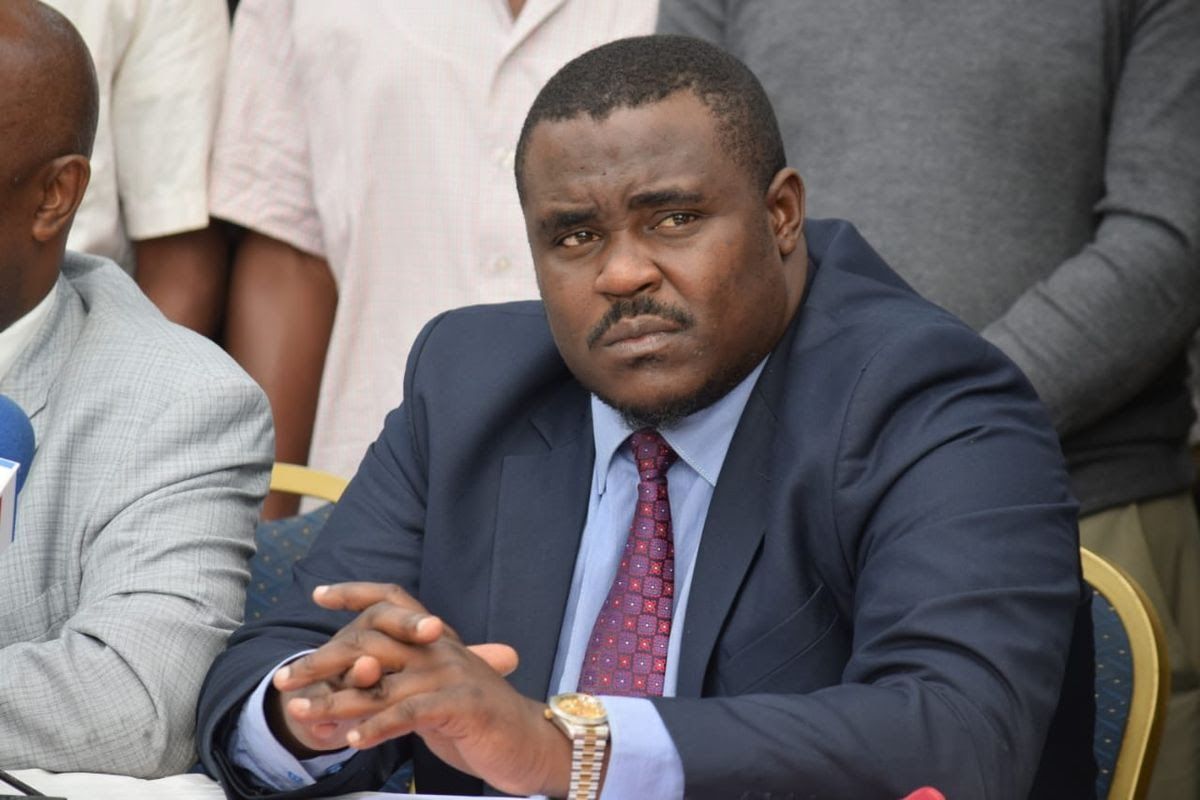 Osotsi has particularly braved a sustained onslaught from Mudavadi and aggressive ANC secretary general Barrack Muluka, at one time, surviving an ouster move by the party ranks. Together with Malala, Osotsi has often cast his vote with ODM and its leadership, much to Mudavadi’s ire.
On his part, DP Ruto is on record to have made countless forays in the region in search of the elusive support for his 2022 bid. Here, he is counting on former Kakamega senator Boni Khalwale, national assembly majority whip Benjamin Washiali, Kimilili MP Didmus Barasa, Sirisia’s John Waluke and Bernard Shinali of Ikolomani.
Atwoli has dismissed Ruto’s visits in the region as inconsequential, with political rivals toiling to have community under their control. All factors constant, Atwoli seems keen on dispensing with Mudavadi, a development fraught with serious political ramifications.