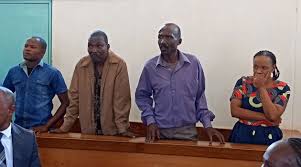 Three  suspects alleged to have murdered city lawyer, Robert Chesang’ early this year have finally been released on a one million shillings bond or a cash bail of Sh.500, 000.

Judge  George  Odunga  also disallowed an application by the deceased lawyer’s family to have the case moved to another court on basis that the court would be prejudiced.

The  family in a sworn affidavit, through Nehemiah Chesang, a brother to the deceased who is a prosecution witness said the  victims in the matter stood to suffer miscarriage of justice if the orders to transfer the case to another court were not  granted. 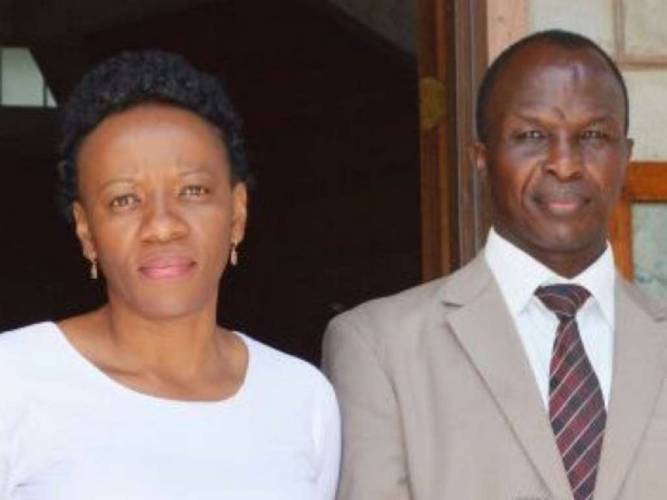 He  claims the key suspect who is Nyeri Senior Principal Magistrate (SPM), Pauline Maisy Omung’ala Chesang is related to  the Presiding Judge.

The  accused  SPM is said to have mastermind the killing of her husband and city based lawyer, Robert Chesang at their  Moke Esates apartment in Lukenya, Machakos County on February 17, 2019.

She  is  accused alongside, Richard Lorunyei Moru, Laurence Lempesi, and Peter Muendo Mbithi of shooting Chesang’ in cold blood at the couple’s matrimonial home.

But   while making his ruling  on Friday, Judge Odunga dismissed the application to transfer the matter to another court as  invalid  and baseless since it doesn’t give a satisfactory reason as to why it should be heard outside Machakos.

Odunga  tickled the court after he described the first accused as a public figure and known by hundreds of people and  advanced that the only ideal place to proceed with the trial will be in a court outside the country.

“This application is merely meant to obstruct case proceedings and therefore cannot be approved before this court. It  (application) does not give a satisfactory reason as to why this case should be moved to another court unless more  compelling reasons are given to convince this court otherwise,” he said.

But  the accused have been slapped with tough bond terms, including surrendering their travel documents like passports  before they can secure their temporary release.

They  will   also be required to report to the nearest Police Station once a month and never to interfere with any of the  witnesses in the case.

They  will  also be required to be attending court sessions every time the matter comes up without fail.

“This  application was approved on conditions that upon release the accused has to report to court without fail and that  the  accused should not contact the witnesses”, said the Judge.

Lawyer  Osiemo Odero, representing the SPM, however requested the court to allow her client to collect her documents at her house and asked for time to allow her collect them before handing them over to the court.

The  court granted the request but ordered this be done in the presence of Police officers.