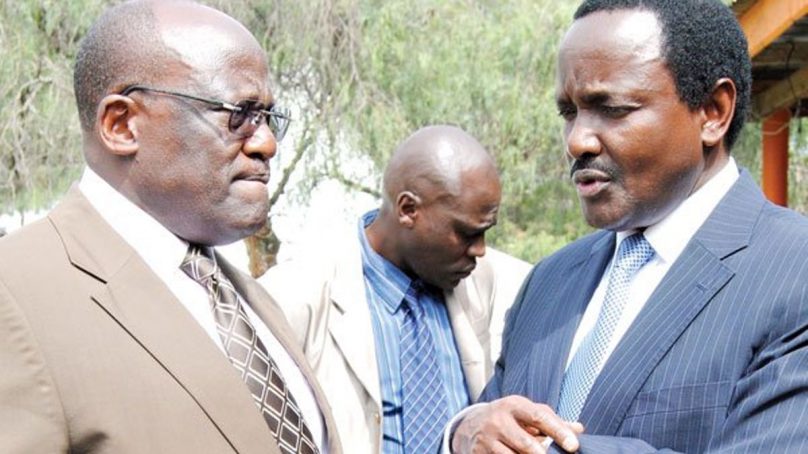 Former Machakos senator Johnson Muthama is behind the registration of a new party, Grand Development Party that he will use in his quest for Machakos governor’s seat in the next general election.
The former senator has been in the political limbo since he declined to defend his seat in 2017 after falling out with Kalonzo Musyoka in the runup to the election. 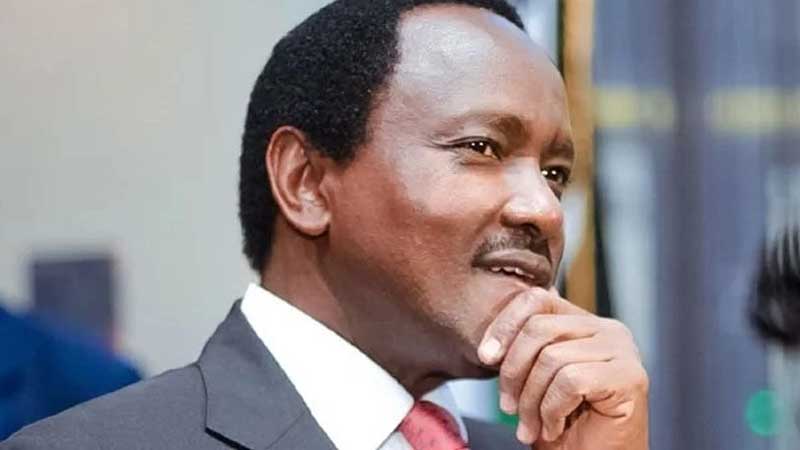 This time round, he plans to make a major comeback by contesting the Machakos governor’s seat and he reportedly recently acquired a degree as part of his preparations for the coveted seat. Muthama wants to use the party which is now in the initial registration stages at the office of the Registrar of Political Parties to flex his muscles in the region dominated by Wiper party under former vice president Kalonzo.
In his schemes, Muthama has instructed Kangundo MP Fabian Kyule to register the party and hold brief on his behalf as he keenly monitors the happenings in Wiper where he claims to belong. In 2017, Muthama’s efforts to control Wiper and plant candidates of his choice for elective seats were thwarted by Kalonzo who brought his own lineup and vanquished his allies in Wiper nominations. Muthama was backing the then Machakos deputy governor Bernard Kiala to take on incumbent Alfred Mutua but Kalonzo firmly stood behind Wavinya Ndeti who went on to carry the party ticket.
After Muthama declined to defend his seat citing frustrations from Wiper, Kiala was left exposed only for him to defect and contest as independent candidate.
He would later withdraw from the race towards the elections after realisation that the race had narrowed down to two-horse race pitting incumbent Mutua and Kalonzo’s candidate Wavinya. MCAs that were allied to Muthama were also swept away by the Kalonzo allied team leaving him politically wounded. 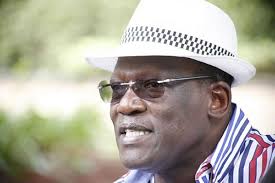 After the fallout with Kalonzo, Muthama influenced then Kitui senator David Musila to resign from the party after the hotly contested Kitui primaries where then governor Julius Malombe carried the day.
Both led an onslaught against Kalonzo in the region which bore no fruit since Kambas stood firmly behind Kalonzo in the general elections. Kalonzo in his schemes was grooming young and vibrant leaders to replace both leaders. Both Muthama and Musila were viewed by Kalonzo loyalists as arrogant and proud and kept on misleading Kambas that they were behind Kalonzo’s successful political career.
However, the lie did not sell since Kambas know that both knew Kalonzo when her was still a cabinet minister in former president Moi government. In Machakos to tame Muthama, Kalonzo handed over the senatorial certificate to a young candidate Jackson Kalla while in Kitui veteran journalist Enoch Wambua flew Musila’s ticket.
Musila has since decamped to Jubilee while Muthama is now crafting his next strategy. His grand scheme of controlling Wiper seems to have hit a wall after his wish of replacing Kivutha Kibwana as chairman was blocked. Muthama had lobbied for the post which he hoped would give him leverage in his governor’s ambitions but Kalonzo refused his request and instead appointed former minister Chirau Mwakwere to replace the Makueni governor who had resigned.
The move by Kalonzo to deny Muthama the chairman post has angered him considering that he had spent resources cleansing himself to Kalonzo supporters. The former senator has hosted Kambas twice at Komarock where he has used the opportunity to drum up for Kamba unity behind Kalonzo’s presidential bid. 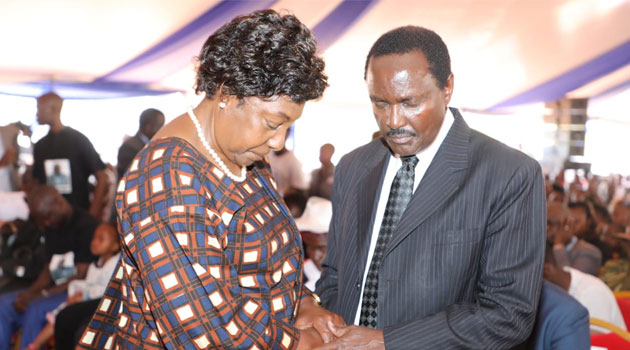 Ngilu and Kalonzo at a past event

However, his critics accuse him of showering Kalonzo praises in Ukambani and later pushing for Raila’s presidential bid nationally. A point in time is during the burial of Machakos women rep’s father in Mwala recently where he vowed to rally behind Kalonzo. While sweating profusely, Muthama urged any national leader eyeing Kamba votes to talk to Kalonzo first but later held an interview at his home in Machakos where he dismissed Kalonzo as weak and drummed up support for Raila. The contradiction has irked Kambas whom say insulting Kalonzo is tantamount to insulting them. 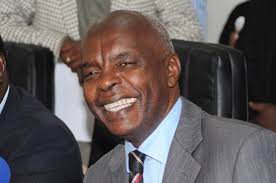 That Muthama is keen on Machakos governor’s seat is evidenced by his constant tours across the county in funerals and church fundraisers. However, he has not made it public but he is drawing his own lineup to counter Kalonzo’s team through his party.
Those backing his candidature include MPs Victor Munyaka (Machakos Town), Fabian (Kangundo) and former Mwala MP Daniel Muoki who is hoping to be his running mate, and Mwala aspirant Mutinda Kilei.
The former senator wishes to use his allies to neutralise Kalonzo’s candidates ahead of the next elections now that he is aware that top Kalonzo allies are not backing his governor’s bid. The seat has also attracted many candidates out to succeed Governor Mutua. Those shaping their knives for the seat include Wavinya, MP Patrick Makau, Senator Boniface Kabaka, deputy governor Francis Maliti and Kathiani MP Robert Mbui.

Next
Health and Nutrition
Read more