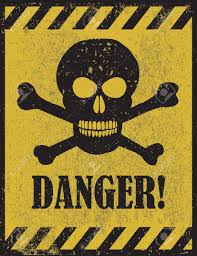 A family in Shinyalu, Kakamega county is crying out for justice after their son was electrocuted by Kenya Power lines.
Aggrey Ikala aged 9 and the firstborn in a family of three was electrocuted by live electricity lines as he headed to the market to buy milk at Madioli village in Itenyi sublocation.
Area residents condemned the incident saying the boy would not have lost his life if the power utility firm had heeded their numerous complaints that live power lines were hanging dangerously along the main road.
His distraught parents said Ikala was their only son and that his death was a big blow to the family.
The pain was much heavier for the mother Ruth Selina as she had just delivered her third child, a daughter, 10 days back and was still recuperating.
“This is the only son that I had and it is a devastating blow. I ask for justice because this is too heavy a burden to bear,” said the father Eric Mutenje, amid tears.
Ikala’s teachers at Madioli Primary School said he was an obedient boy who had a bright future. He was in Class Two.
A section of leaders from Shinyalu who visited the family said Kenya Power should take responsibility for the death and compensate them.
“It is very unfortunate that even after we communicated with them about this incident they never even bothered to come and condole with the family yet the boy’s death was caused by sheer negligence and complacency from Kenya Power,” said Antony Lung’aho.
Lungaho who was accompanied by ANC youth leader in Shinyalu Jackson Mulika said he had hired a lawyer who would be filing a case against the power firm.
“We shall be seeking justice on behalf of the deceased’s family to ensure they are well-compensated. Kenya Power should take responsibility over this mess,” he added.