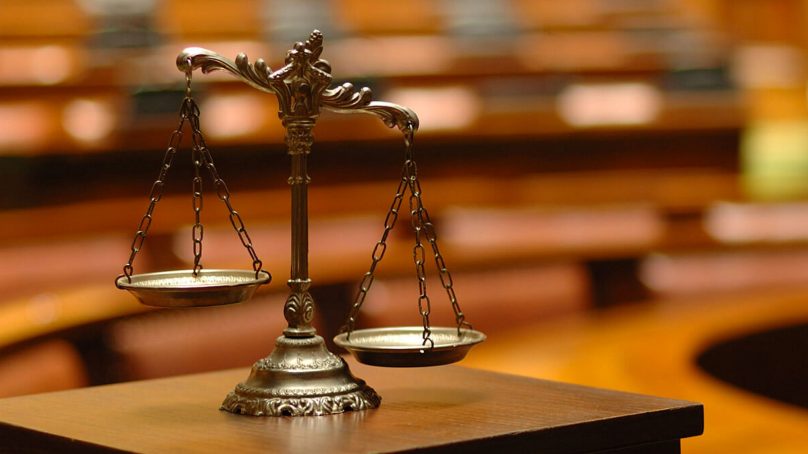 A lawyer accused of killing his colleague in Eldoret town appeared in court and denied the murder charges.
Abel Mogaka who was represented by David Omboto and Evans Miyenda among five other lawyers was accused of killing Calvin Ngaina at Annex area in Uasin Gishu county.
Lady Justice Hellen Omondi ordered that the accused be treated at the Uasin Gishu Referral Hospital.
The lawyers had applied to have him taken to the Moi Teaching and Referral Hospital but the judge informed them that the facility no longer admitted patients from prison over accumulated bills.
She advised them to seek an alternative treatment facility to which they settled on the former district hospital. The lawyers claimed that the accused suffered injuries during the incident on the fateful day and even had stitches.
They requested that a P3 form be filled by the medics detailing the injuries suffered and treatment given. Legal experts say that the issue of a P3 form in the murder case is bound to complicate matters as the dead man will be implicated as the attacker and that Mogaka was defending himself.
The judge ordered that the matter be mentioned on June 18 after the court receives a report from probation officers. She noted that this would be even in the interest of the safety of the accused person. He had been declared fit to stand trial after undergoing a medical checkup.