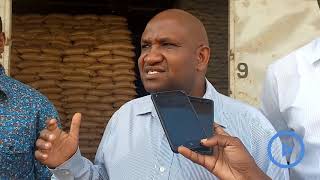 James Githi Mburu the man at the centre of all this fiasco of arresting junior officers in cohort with the out-Commissioner  General  John Njiriani was sacked at a local bank.Further,we have information,if appointed the matter may end up in court on integrity grounds relating chapter six.

Others are planning to block the appointment on basis it has no gender balance and regional face.

No woman was nominated. The nominations favours Luos and Kikuyus and one Kamba. 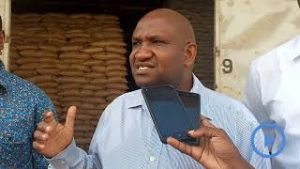 Mburu is said to have falsified his declarations of his wealth and is the only insider within KRA who was shortlisted raising eyebrows. And now, discontent is rife at the institution with staff openly stating,they will strike if Mburu is named to succeed Njiraini. The two have a long history at KRA.

James Githi Mburu was a former employee of CFC but was sacked on reason of competence and high handiness. Already he is boasting,powerful forces at state house with Njiraini blessings have confirmed he is the next commissioner-general.

When Njiriani was then commissioner of large tax,he duped  Waweru,then Commissioner General that .James Githi Mburu from CFC bank  was a professional who would help KRA streamline collection of revenue from the banks.

He was appointed senior assistant commissioner, promoted to chief manager, deputy commissioner and the current position commissioner without interview with help of his god father Njiraini. 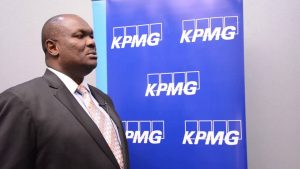 Njiraini tried to extend his tenure but didn’t succeed and when he realized he has had missed the chance, he went to plan paving way to his crony Mburu whom he had earlier groomed and natured to take his position as commissioner general.

Mburu orchestrated to knock all the top contenders who would stand on his way with the help of his boss.Njiraini going out of way, creating scenes where junior staff was arrested for corruption.He wanted to beo seen as the person who can correct the malpractice at KRA.

Njiraini and Mburu made sure they blocked any potential person at KRA by practicing nepotism, tribalism n favoritism.

All the top at KRA were denied renewal for their contracts to pave way for Mburu as Commissioner General. 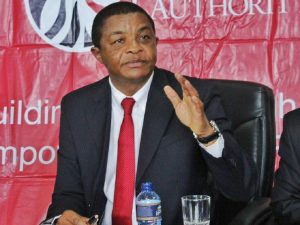 Apart from Mburu, others shortlisted are Julius Waita Mwatu, an accountant who has worked with KPMG and Ernst and Young.

Sources say among the five Mburu emerged last in the ratings and was not even among the top ten of the 35 people who applied but powerful forces at State House pushed his name to be among the five nominees after a Kalenjin was dropped.