Amorous men and women seeking cheap sex in Nairobi at night, who own a car, have various parking areas to choose from to do a quickie without the knowledge of police or city askaris. Some are forced to bribe either guards or police to keep watch as they do their thing. Initially Bellaview and driveinn cinemas were notorious for such.Below is a list of the notorious places.

The most famous green lodging is City Park, located off Limuru Road between Parklands and Muthaiga, less than 10 minutes’ drive from the Central Business District.

This place came to the limelight last May when a woman, Janet Wangui Waiyaki was shot dead by police who claimed they caught her having sex with her husband’s nephew, Benard Chege.

The woman’s husband, George Kirubi, later confessed his wife was killed while having sex with her nephew at City Park.

The case is going on.

Witnesses said the car arrived at the park between 9:15am and 9:30am and this was roughly 45 minutes before the shooting happened. The police claimed both occupants were half naked but Ms Waiyaki’s refuted the claims. Motorists, according to sources, prefer having a quickie at the place since it is well hidden and rarely do police patrol the area.

Randy motorists have turned Uhuru Park into the green lodging of choice at night due to its proximity to Central Business District with the eucalyptus trees opposite Uhuru Park providing a perfect cover.

Other couples also prefer the area, and police on patrol are said to pocket bribes of as low as Sh100, to allow a couple to have a fling.  To date, police are at a loss on how to handle the increasing cases of couples opting for ‘green lodges’ near Uhuru Park. Lovebirds, overcome by lust and unable to pay for a hotel room, opt to have sex under the cover of greenery of Uhuru Park. Police on night patrol have caught some couples so engrossed in pleasure that they forget they are in public.

Parklands Sports Club’s strategic location in Westlands, near MP Shah Hospital, has made it an ideal place for its members unwilling to book rooms for fear of being unmasked. 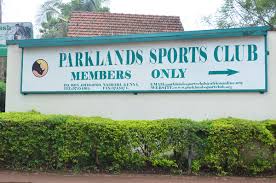 As one of the oldest members Club in East and Central Africa with its validity and extensive world class Sporting, Hospitality and Recreational facilities, the hotel has a spacious parking space.

However, randy members are said to bribe the guards with as little as Sh500 to be allowed to have sex in the car. Surely, the hotel provides guests with experience that exceeds their expectations.

The most notorious are Whites working in the United Nations hub-Gigiri, who pick co-girls in Westlands.

Impala Hotel Parklands, Nairobi, which is situated in the tranquil surroundings of Parklands, boasts of a spacious parking space which some patrons have turned into green lodging at night. The Impala Hotel is a quiet, serene hotel located about 5 kilometers away from the city centre.

It also boasts of a big parking space which some lovebirds turn it into green lodging. Some of the unlucky couples have had to part with large sums of money after being caught by the hawk-eyed guards.

Situated on Waiyaki Way as you go to Westlands, Gallileo Lounge boasts of a spacious parking space. Men, or women, unable to rent a room or covering their tracks, prefer having a quickie at the parking space. The guards, particularly on weekends, make a killing from such couples.

Renowned for its authenticity in Ethiopian /Eritrean cuisine, Habesha Restaurant located on Arwings Kodhek Road Hurlingham has been winning legions of fans in the city. The fans include celebrities, some of whom use its parking spaces for sex.

Two years back, a renowned television journalist was busted having sex at the parking lot on Valentine’s Day. Apparently, the popular married Kenyan artist had been squeezing her and on that Valentine’s Day they met secretly at the high-end hotel for a date. After indulging in alcohol, things became too hot to handle and they headed to the parking lot. They had to bribe guards with Sh10,000 to stop them from exposing them.

The Grace Villa hotel is situated in Pangani, an estate that neighbours the Central Business District and is mostly occupied by university students and small traders who operate at Gikomba and Marikiti markets. Majority of sex workers have also rented houses and prey on university students and businessmen. At night, the Grace Villa parking space, which is along the highway, turns into a green lodging for randy men and women unwilling to pay rent in the nearby hotels.

The Jamhuri Park, that neighbours the popular Kibera, the largest slum in the East Africa region where commercial sex thrives just like other towns in the country, turns into a sex den at night. Poverty and unemployment are major reasons to why women and teenage girls are in the commercial sex trade in Kibera. Motorists take advantage of the low prices, as the teenage girls charge as low as Sh50, for a fling. 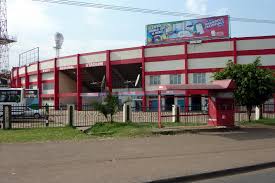 Nyayo Stadium parking also turns into a sex den at night. Motorists parking at the place bribe guards to be allowed to have a fling in their cars. In 2014, a clip of a couple pounding each other while having sex trended on social media. 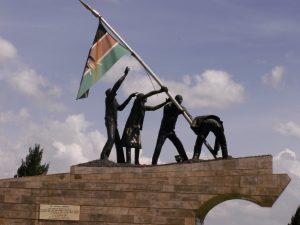 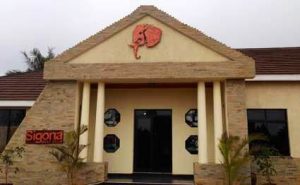 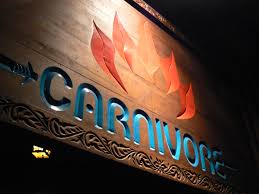 Is Kenya courting a revolution