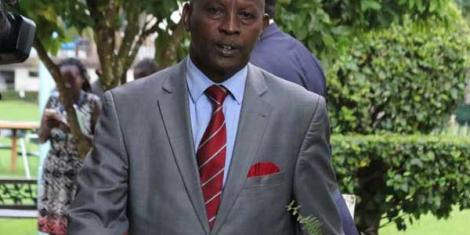 Nyeri county government has come under fire from a university lecturer Steve Gachie for hosting a Sh2.7 million garden party to celebrate the devolved unit coming number two in utilising Sh40 million World Bank funds for training staff members in capacity building to deliver efficient services to residents.
The varsity don said he had inside information that the lead consultant and his fellow resource persons who were tasked to carry out the training programme were compromised by the county administration with a whopping Sh3 million to compile a false appraisal report aimed at hoodwinking the general public that Nyeri county has made tremendous strides in management and administrative matters. 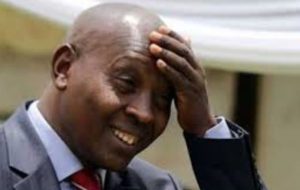 Gachie, a consultant in economic matters faulted Governor Mutahi Kahiga over alleged gross wastage of public resources and wanton looting by senior and junior staff in his administration.
Gachie urged the public to be vigilant in keeping Kahiga government on its toes since they have a fidelity duty to do so and taking into account that MCAs at the Nyeri county assembly have already been compromised by the gubernatorial boss for narrow selfserving commercial interests.
“That is why it is more than obvious that the MCAs have abandoned their oversight duty thus throwing taxpayers to the dogs,” Gachie said.
Nyeri county government has a workforce of 3,000 employees spreading across the six subcounties. The party hosted on the governor’s office lawns had a host of invited guests feted alongside a huge group of employees that was ferried to the venue to wine and dine.
“I’m calling upon the relevant government agencies to immediately launch scrupulous and full scale investigations into Sh3 million bribe that was given to the lead World Bank consultant and his fellow resource persons to compile false appraisal report that placed Nyeri in position number two among the 10 counties that each got Sh40 million capacity building training and funds from the World Bank,” Gachie appealed

Nyamira jobs cartel not dying without a fight