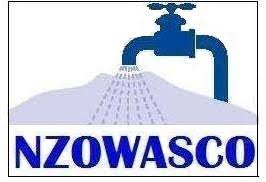 Webuye based Nzoia Water and Sewerage Company has finally inaugurated a new board of directors after several months of jostling and infighting.

Mathew Maruti who is the firm’s financial manager has replaced Dickson Opiyo as the acting managing director. But a section of board of directors is against Maruti.

Maruti is the acting MD to date and the newly enacted board will have to ensure the process of recruiting new managing director kicks off as soon as possible.

The company whose head offices are in Webuye town has not been having an MD for the past one year after the contract of Patrick Munialo was terminated by the board last year.

The board was put in place on recently during the company’s annual general meeting that was held at a local hotel in Bungoma town.

The board of six that comprises of water CEC from both two counties of Trans Nzoia and Bungoma will later on sit and elect a new chairman among themselves.

Furaha Lusweti, the outgoing chairman from Trans Nzoia county who has been the chairman of the board for the past one and half years was also retained as a member of the board.

Rebeca Nafula from Bungoma was also absorbed as one of the directors who will continue serving on the board for a second term.

She said that together with the heads of various departments, she is confident that they are going to move the company to greater heights.

Robert Kipchumba, an advocate of the High Court from Trans Nzoia and Joseph Wanjala Bunyasi from Bungoma county were the newly added members of the board.

One of the boards of directors Chris Ndiema died early this year after he was shot dead outside his house in Eldoret town by unknown assailants who had trailed him for a while.

Technical manager Ken Kilali was later picked by the board as acting managing director but was later on replaced by Dickson Opiyo who had been picked from Lake Victoria North Basin Authority.

The process of having a new MD in place has faced a myriad of challenges internally and externally that have been halted every time the process begins through court injunctions.

Furaha said that Nzowasco has made tremendous progress under the board that has enabled it supply adequate water to residents of both Bungoma and Trans Nzoia counties.

In the 2015, 2016, 2016, and 2017 financial years, WASREB ranked water companies according to laid down sector performance and gives marks all over the country and when Nzowasco was placed under special regulatory, “there was no ranking and we have moved all the way to position 80 and 88 to position 14,” he said

Furaha added that the water pump that would supply water to Bungoma residents at Matisi area was on and off and would hinder residents from accessing clean water but the company had managed to buy a pump that had been installed at Matisi, hence addressing the many water shortages problems that had faced the residents.

“In Kitale, the Northern compound, there was a water pump which had also failed to supply water at Matisi, Lukuna and Bidii and we also purchased a new pump and it had been installed ending perennial water shortages in these areas,” he said.

The acting MD Maruti said that the firm has in the past been facing a lot of political interference from local politicians on its management and asked politicians to keep off the affairs of the company.

He said that the firm’s revenue collection base had increased and said some staffs have been colluding with customers to have illegal connections, an issue which he company was investigating

“We also have a huge electricity bill that we handle as a company every end month raging from seven to eight million shillings,” he pointed out.

Maruti asked the county governments of Bungoma and Trans Nzoia to ensure they replace the many vandalised water pipes that have been destroyed by county while constructing roads.