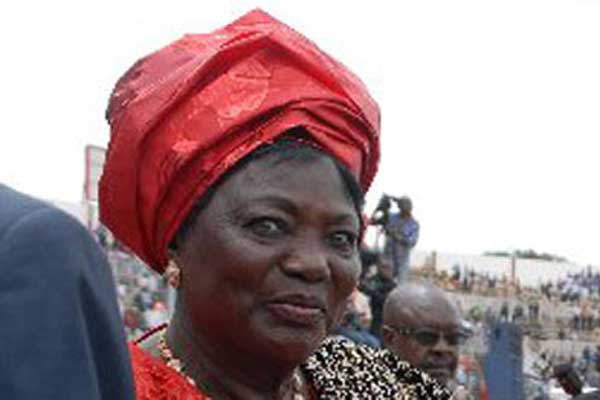 Citizens and Netizens are furious after revelations that the former First Lady Mama Ngina Kenyatta has been earning state salary amounting to almost 600,000 kenya shillings according to business daily.

There have been mixed reactions on social media with majority of netizens being furious on search revelations that have for long been kept a top secret.

Official documents from the Presidency indicate that Mrs Kenyatta receives Sh568, 218 monthly at taxpayers’ expense for being the spouse of Kenya’s first president, Mzee Jomo Kenyatta, who died in 1978.

Many question what role Mama Ngina has been playing in order to earn such amount for all these years that could employ a couple of jobless youths.

Others are citing the the law saying being the wife first president Jomo Kenyatta, the law stipulates that the wife of a sitting or retired president be paid 40% of the current salary of the sitting head of state.

This comes as a shocker after Uhuru’s recent address that many on social media quoted him as wondering why Kenyans lack money in their pockets.

Here are some reactions from social media.

President Uhuru Kenyatta pays his mother, Mama Ngina Kenyatta ksh568,218 every month. What for? For being his mother! pic.twitter.com/GjXSY0Igas

Mama Ngina earning kshs 569,000 per month as state salary. This is enough to offer 20 youths unemployment earnings. Then I see sycophants shouting #HowRutoAteKenya

It is not illegal….
‘because the law says as the wife to a deceased President, Mama Ngina should get 40% of the salary of a sitting president…..’ pic.twitter.com/s7Wwpfrbms

Jumwa tells Kingi to be man and face her