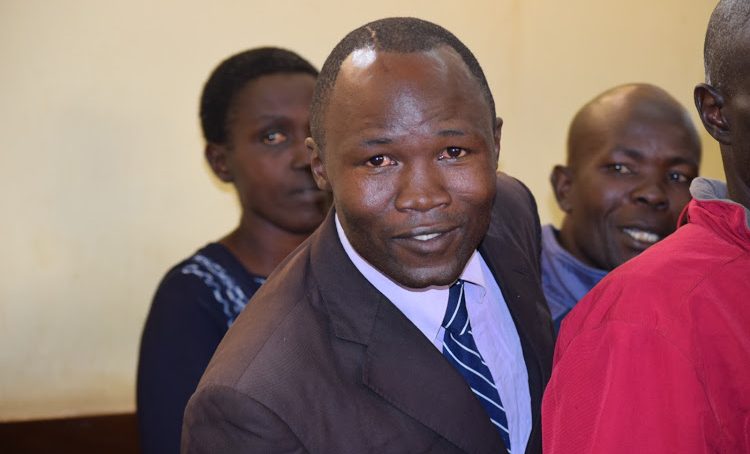 A Kitale law court has sentenced a pastor to 25 years imprisonment after being found guilty of defiling, impregnating and murdered the pregnant 17-year-old Form Four student in July 2011. .

Scolastica Mbihi who was pregnant with triplets at the time of her death, was killed on July 7, 2011 by the cleric in a bid to end a defilement court tussle.

The court heard the girl had confessed to her parents the clergyman had impregnated her.The matter was reported to the police who arrested and arraigned the pastor at Kitale law courts charged with defilement. He was released on bond.

Nyachwara underwent a psychiatric test and was found fit to answer to murder charges.His relative Zacharia Ongechi deposited a title deed worth Sh1 million for the release of the pastor. 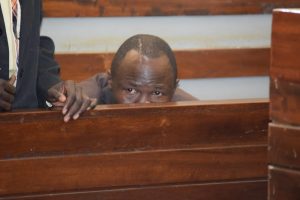 He however failed to appear for his trial on several occasions, prompting then judge Joseph Karanja to summon Ongechi to explain the whereabouts of Nyachwara.

Justice Hillary Chemitei said evidence presented before the court had proven that Nyachwara who served at the Yuya Pentecostal Assemblies of God (PAG) church is guilty of killing the minor to save his image.

“I have heard the litigation by both the prosecution and defence sides and it is clear the minor suffered a cruel death in the hands of the accused,” Justice Chemitei ruled.

Mbihi’s who was a KCSE candidate at Yuya Secondary School was found murdered in cold blood after the family went instituted legal action against the pastor for impregnating her.

According to the pastors own confession in court, he killed the minor to safeguard his priestly image after his efforts to settle the matter with the family out of court failed.

“I wish to state that I killed her because her father declined to withdraw the defilement charges against me at Kitale Law Courts,” said the pastor.

Medical reports presented  in  court revealed that the Scholastica was carrying triplets at the time of her brutal death.

The minor’s father Paul Mmbihi said he will not appeal the ruling, but felt the court was abit lenient on the man who took the life of his daughter.

“I thank God that finally justice has been served though the court could have given a more painful punishment to the accused. I will not contest the verdict since no amount of justice will bring back my daughter. I leave everything to God,” said Mr Mbihi.

Who is killing Eldoret court clerks