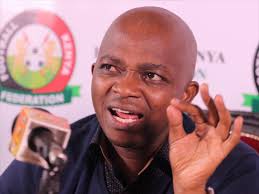 The fear that has been haunting the football fraternity in the country ahead of Football Kenya Federation elections has finally been confirmed.
Since taking over office in 2016, FKF president Nick Mwendwa has turned out to be the biggest failure in Kenyan football history as regards top leadership in the football body.
Having realised that he is a failure, it was obvious that he would use any available means to maintain the status quo at the federation and that came to pass this week when Mwendwa single-handedly appointed and named a board which will help him in rigging the coming elections.
There was no participation by stakeholders or by clubs and branches in appointing the elections board which will be headed by well-known master riggers. 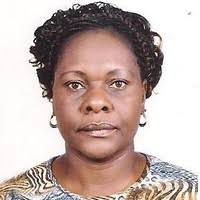 The crafty Mwendwa went ahead to appoint a female Luhya Elinah Shiveka who is a member of Sports Disputes Tribunal with full support, backing and knowledge of Tribunal chairman John Morris Ohaga.
The purpose of appointing Shiveka to be part of the FKF elections board is to ensure she helps her fellow Luhya to rig Mwendwa back in office and to ensure that if a case is presented to the Tribunal to dispute the elections Mwendwa will still be declared the winner by Ohaga who has been using Shiveka to do his dirty deals in the tribunal.
Shiveka, a known perennial failure in her quest to get elected as National Olympic Committee of Kenya Treasurer is a well-known controversial sports journalist with national broadcaster KBC which she once sued in court for transferring her to Kisumu since she wants to stay in Nairobi and cut deals.
Other members of the elections board are Abdi Said, Eunice Lumalasa and Robert Nyakundi all who were not in the board which messed up FKF elections in 2016 and others who were in the board which helped Mwendwa to win the elections in 2016.
Fifa statutes clearly states that an individual cannot preside over football elections in two consecutive polls and is automatically not legible to preside of the coming FKF elections as a member or as chairman.
For Mwendwa the coming FKF elections is like life and death since he is already being investigated by Fifa over embezzlement of Sh134m which Fifa gave Kenya through FKF to buy OB van with reliable sources saying FKF branches and sub branches have written a letter to DCI and EACC demanding that Mwendwa steps aside as he is being investigated. 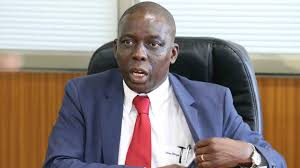 Other scandals hanging on Mwendwa’s head are investigations over Sh240m from the government of Kenya which he embezzled along with former Harambee Stars Coach during Afcon in, Egypt, and the murder of an auctioneer who had gone to attach FKF property at the Fifa Goal Project in Kasarani.
Kenyans along with FKF branches and sub branches are also up in arms and are planning a mother of all street demonstrations in all the 47 counties accusing Mwendwa of killing Kenyan Premier League, Nationwide League and Women League after sponsors abandoned supporting the federation due to rampant corruption in FKF.
Elections rules which were tailor made to lock out Mwendwa’s challengers have since been rejected and eyes are now on former Vihiga governor Moses Akaranga, former FKF president Sam Nyamweya, coast soccer administrator Twaha Mbarak and former FKF secretary general/CEO Lodvick Aduda who have all embarked on mobilising clubs, branches and sub ranches as they go full throttle to send Mwendwa home.