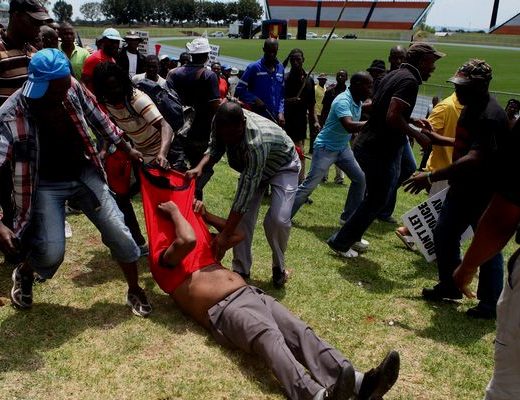 A police officer attached to Litein Police Station in Bureti subcounty, Kericho is lucky to have survived death after an angry mob bayed for his blood suspecting he was a burglar.
Area police commander Felician Nafula said the police officer attached to the traffic unit at the police station was rescued by police officers who arrived on time at a homestead in Kimugul village where they recognised him.
Corporal Stanley Oyulla sustained cut injuries on his knees and head after the irate villagers attacked him after the owner of a home raised alarm suspecting him for a housebreaker after he saw him walking around his compound.
Oyulla was rushed to AIC Mission Hospital Litein where he was admitted for treatment. The owner of the home, Geoffrey Boiyon said he heard footsteps outside his house and on peeping through the bedroom window he saw a man, suspecting him to be a criminal.
Oyulla, Weekly Citizen has established was transferred to the station on August 28 from Kaptagat Police Station. Initial reports indicate that he has mental problems and at times acts as a mad man.