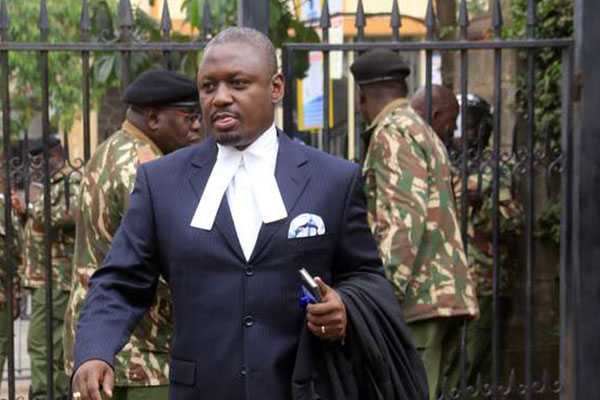 The second phase of the training targeted CHW who were to collect data from households. The research was supported by the Tropical Institute of Community Health (TICH) based in Kisumu. It should be noted that TICH is the mother of Great Lakes University of Kisumu (GLUK).The choice of the training venues in the first place sparked a lot of acrimony. In any funded surveys, and researches, participants are booked in hotels where breakfast, lunch, 10 o’clock tea and dinner is provided during the trainings. On top of that, transport re-imbursements and other incidentals are catered for to participants. However, in this case of Kassejje’s research, things were totally different. First, the training venues were totally dry lacking even drinking water, no lunch and transport after the training. The researchers were at pain and in a panicky mood to explain to participants during the training period why tea, drinking water, lunch and transport were not provided for. Unlike other researches that have been conducted before logistics are well catered for to participants. Before a funded research by the Tropical Institute of Community Health (TICH), the participants wondered why the good professors and their teams could refer themselves as volunteers in a research of such magnitude. It did not augur well with the CHWs who despite working on voluntary terms in the community could not be given incentives in this research.

The CHWs were to even purchase data bundles using their hardearned money to load in their smart phones to collect data in the households, and send them using phones. When CHWs pleaded with researchers to provide them with little money to buy bundles, they were flatly denied. The CHWs volunteered and bought bundles into their phones and offered to collect data in households at their own expense to appease the researchers. They also braced the chilly morning cold, waded through the muddy homes and poor geographical terrain walking from one household to household to collect data. “This is a very peculiar research I have ever participated in,” retorted an angry CHW. Another CHW who talked to us but sought anonymity for fear of reprisal and victimisation said, “I think the professor and his team are abusing us and taking us for granted, they want to use us like Guinea pigs for experiment.” As this abuse on CHWs thrived in Rarieda, the sub county health management team was speculating, and was it was believed to have been part of the conspiracy by the researchers to con the CHWs. They were supposed to have protected the CHWs from abuse but interestingly, they became part of the scandal due to the reward attached they expected to get from research. This state of affairs left the CHWs more vulnerable and at the mercy of the researchers. The question in the minds of CHWs is whether the whole research was funded by the Tropical Institute of community health or to what extend the good professors were volunteering in Covid-19 research? This is a sad story as mostly there has been a trend by the health officials to select unworthy places to offer trainings where kick backs are made after trainings. Notable examples are where catering groups and women groups are engaged even at village level to feed participants during trainings at cheaper prices. They have managed to sway many partner organisations their side to fulfill their financial egos. The CHWs are up in arms with the health officials for allowing these malpractices and unscrupulous acts to thrive and deprive them what rightfully belongs to them. “Give Caesar what belongs to Caesar and God what belongs to God,” said a CHW. They are planning and vowed to boycott future meetings and trainings that abuse them and meant to con them.