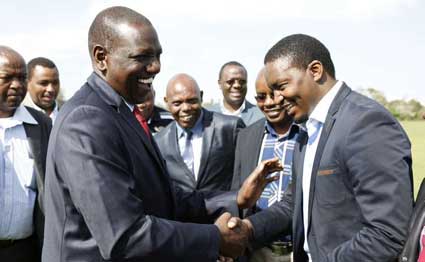 Kiunjuri, PS Hamadi Boga and NCPB MD Albin Sang are set to be investigated over claims that the ministry spent Sh1.8 billion irregularly.
The money was withdrawn from the accounts of the Strategic Food Reserve Trust fund at Central Bank and paid to a private company as pending bill.
The matter is being investigated by Ethics and Anti-Corruption Commission. It has emerged, officials Agriculture ministry authorised the payment without prior approval of the oversight board and contrary to the Public Finance Management Regulations of 2015.
At the centre of the storm is a Mombasa-based company Commodity House Limited. The firm is operated by Mombasa tycoon Mohammed Jaffer. Mohammed is close to William 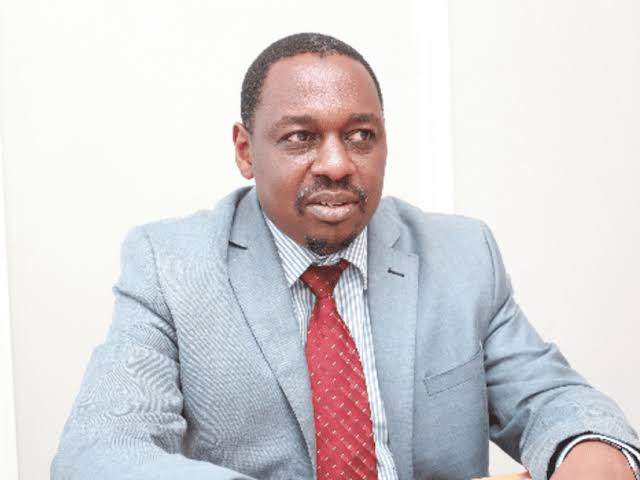 Ruto and is one of his key financiers come 2022 presidential race.
When Jaffer received the said amount on July 1 2019 just few months after the repeat of presidential elections that ODM leader and Nasa presidential candidate Raila Odinga boycotted, he transferred Sh1.6 billion on July 2 2019, to Hydery Limited and converted the balance of Sh200 million into US dollars. During the said period, Nasa had engaged the government in running battles and the country was witnessing political instability. Word has it, a powerful politician may have ordered the payment capitalising on the crisis.
In Kenya, mega scandals are witnessed and perfected during election time and immediately after the elections as those involved know well disputes have to emerge after the announcement of presidential results.
Those who have recorded statements are chief accounting officer at the state department of crop development Joyce Mutugi and Charles Minjire another top official at the ministry. Word has it that when Uhuru Kenyatta was briefed over the matter by state security machinery, he immediately blacklisted Kiunjuri as he read betrayal and that is why he kept on attacking the CS in public before his recent sacking. 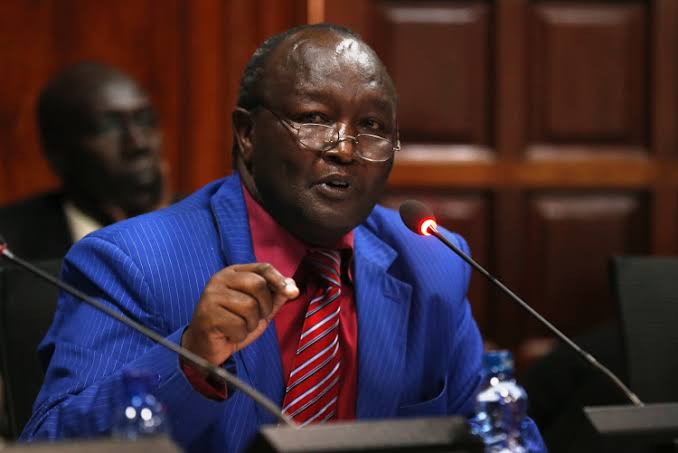 Informed sources reveal, before Uhuru reshuffled the cabinet recently, he held talks with Director of Public Prosecution Noordin Haji and Directorate of Criminal Investigations’ George Kinoti in Mombasa. It was agreed, the scam be investigated and the culprits involved be arrested as the case is straight forward.
Information your favourite Weekly Citizen investigative team has is that, Kiunjuri, Boga and officials at the Treasury’s Integrated Financial Management Information System, authorised the payment. Implicated are also officers at Central Bank, IFMIS section who allowed such huge payment. The money is feared to have been siphoned out of the country by those involved. Part of the money is said to have been used by Kiunjuri to buy a helicopter from the deputy president. 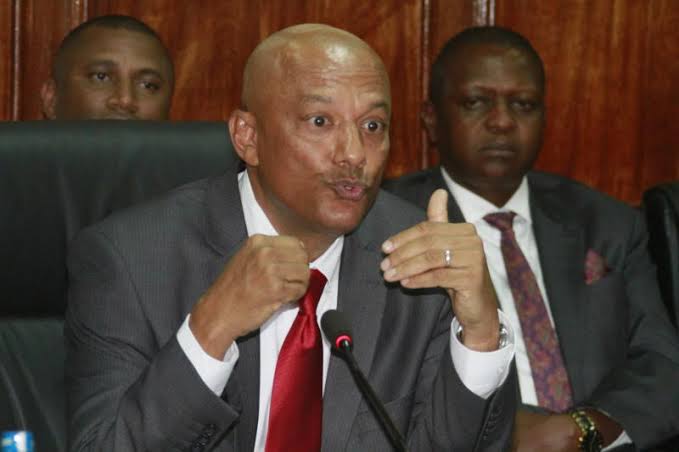 EACC CEO Twalib Mbarak has told the president that payment was made within days, money transferred to various suspicious accounts despite the fact, no budget had been worked on by relevant state authorities. Former Treasury cabinet secretary Henry Rotich’s name features prominently.
The Sh2 billion was paid to Commodity House on June 25 from CBK Strategic Bank Reserve Account putting the current CBK governor Patrick Njoroge in the spotlight. CBK security team has been cooperative with EAAC sleuths and availed documents of banks involved in the transaction. What has surprised the investigators is why the local bank used in the transaction allowed such huge transactions within days.
The amount was set aside to supply of maize to the National Cereals Produce Board. Our source says, surprisingly, the multi-billion payment was later reversed on June 28 2019.
Documents show, Sh1.8 billion payment to Commodity House Limited on June 28 2019, from CBK for a pending bill of maize supply to NCPB was credited to a bank in Mombasa.
Strategic Food Reserve Trust Fund chair Noah Wekesa at one time raised eyebrows why the state agency had been kept in the dark as payments were made. No paymeny details or even request letters were made to the agency.
In his letter, Wekesa states: “Your disclosure of the payment of Sh1.8 billion from the Strategic Food Reserve Trust Fund Central Bank Account to Commodity House without the board’s approval was against the law”. It is copied to various state arms including the presidency.
According to the letter, the settlement of additional debts would no doubt deplete the reserve and destabalise the work plan of the Strategic Food Reserve Oversight Board.
Kiunjuri in his defence that annoyed Uhuru said, the Agriculture ministry was only following a presidential directive that all bills be cleared within a month. To play it safe, Kiunjuri in private says the PS should answer the the question on the legality of the withdrawal by virtue of being the ministry accounting officer.
The payment was for a pending bill for maize imported in 2017 and by that time, Commodity House was owed Sh3.6 billion. However, A search at the registrar of companies shows apart from Jaffer other directors are Richard Ethan Ndubai, Stephen Cheruiyot Kositany, Daniel Mburu Wainaina and Reginald Willingston Karanja.
Weekly Citizen has information, the firm’s pending bills were allegedly fictitious.
Other cartels in maize industry are Export Trading Group that was owed Sh480 million in pending bills, Dolphins Grain Importers was then demanding Sh61 million, while the Cereals Millers Association was owed Sh2.6 billion.
Commodity House Limited is accused of dirty games in maize importation and was recently linked to the ban of various flour brands after allegedly bribing senior managers at Kenya Bureau of Standard during last year Christmas holiday to create a crisis, enjoy monopoly and mint millions. The firm used a senior communication manager at KEBS a lady married to the Jaffer family, to facilitate the move with millions exchanging hands