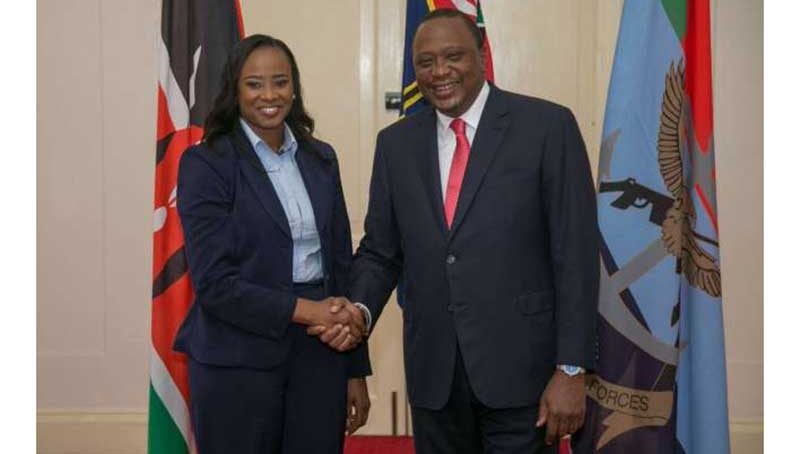 Insiders say some of the directors had become an eyesore to Uhuru as they were being accused of demanding sexual favours from fellow female employees and interns.

Some were said to have been soliciting for sex by dropping the name of the President to their targets that they would help them secure employment or lucrative contracts. 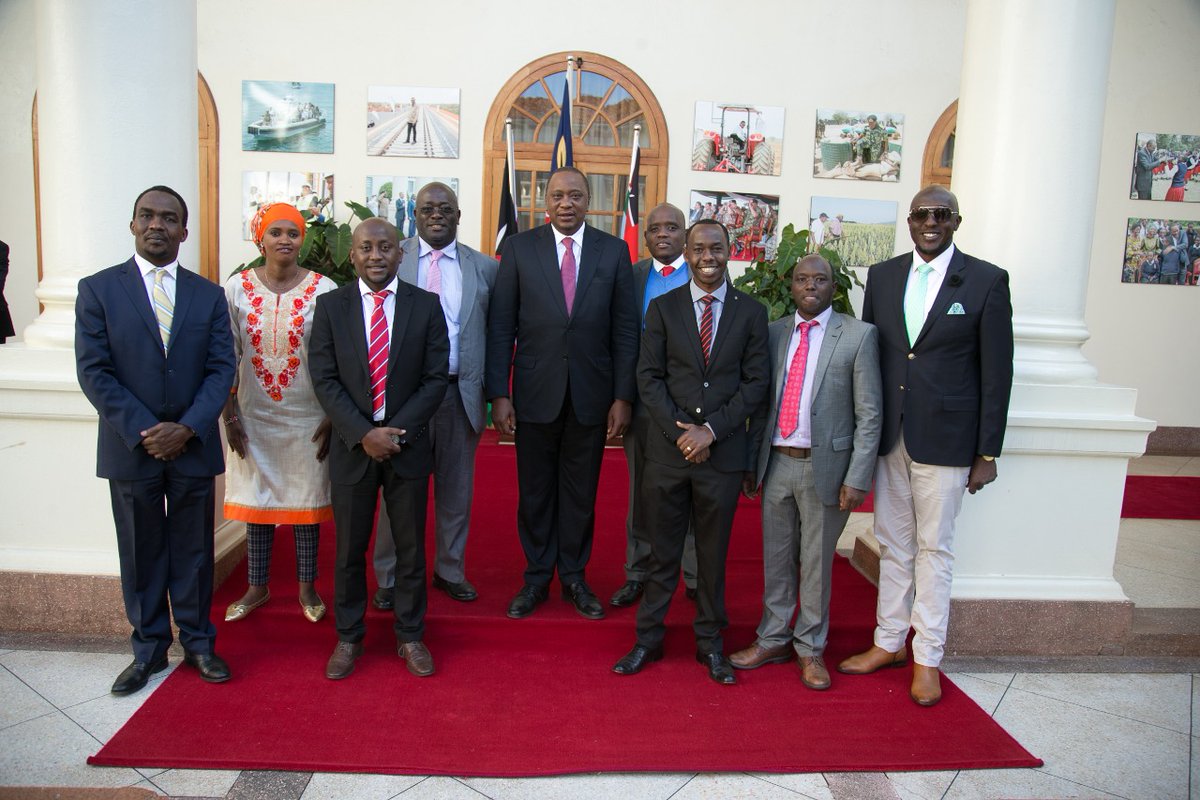 Uhuru and media team before they were kicked out

When these claims landed on the president’s desk, he directed Waita to redeploy the officials.

Uhuru, however, spared his personal assistant and nephew Jomo Gecaga who was also accused of soliciting for sex from female employees and media personalities by dropping the president’s name.

Apart from Dennis Itumbi, who has been chasing Citizen Presenter Jacque Maribe for years, all the others are married.

News of Uhuru men sex scandals were first revealed by Nairobi Governor Mike Sonko when he was the city senator.

This was during the by-election in Malindi where Sonko accused Uhuru’s Personal Assistant, Jomo Gecaga and then State House Comptroller, Lawrence Lenayapa of bungling Jubilee’s campaigns in Malindi by sleeping with ladies they picked from a club instead of campaigning for JAP candidate, Philip Charo.

Sonko stated that on a weekend Gecaga and Lenayapa had booked a posh hotel in Malindi where they hired ladies to service them instead of campaigning for Jubilee.

After the 2017 elections, Lenayapa was dropped as State House Comptroller and posted to Netherlands as Kenya’s envoy. He was replaced by former Nakuru Governor Kinuthia Mbugua.

A few years back there were reports that Gecaga had impregnated Citizen Television anchor Anne Kiguta, who gave birth to twins.

Hanningan even attended the invite-only 40th birthday party of Nana Gecaga, Jomo’s younger sister at the Billionaire Resort in Malindi while Kiguta was not on the guest list.

During the live tour of American musician Rick Ross at the Carnivore, Jomo took up a whole tent for his friends, with Hannigan by his side.

Last year Uhuru was embarrassed after a video emerged of a junior civil servant in his office demanding sexual favours from a woman who wanted to join a list of members of the public who would meet the Head of State.

Angeline Naliaka, who is one of the women living with disabilities in Bungoma County, claimed that one of the male public servants asked to sleep with her so that she could be allowed to receive the President during a visit to the county.

Uhuru had visited the county while attending the first graduation ceremony at Kibabii University.

The victim narrated that she declined the man’s demand but was surprised to find her name had been removed from the list of those allowed to receive the president.