Top officials of the Mandera county government have been questioned by two government agencies over the disbursement of more than Sh1.4 billion reports indicate. People conversant with the developments told this paper that the suspicious transaction occurred on March 3 2020 and has resulted in investigations being launched by the Financial Reporting Centre and the Central Bank of Kenya and at the Directorate of Criminal Investigations. “Among those who have been questioned over this saga include the CEC finance, the head of treasury and the chief-of-staff,” an officer aware of the investigations said. He said the disbursement of the Sh1.4 billion was not supported by proper accounting documents. The latest developments follow revelations by former AuditorGeneral Edward Ouko in an audit report of the 2017/2018 financial year that questioned the Mandera county executive’s development expenditure since 2013 amounting to more than Sh2.4 billion. The Auditor-General observed in his report that Lafey Construction Company Limited was contracted to do another lot of the same road at a cost of Sh1.2 billion on July 1 2014. 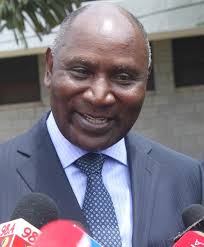 Both companies had been paid at least Sh2 billion by November 2018 according to the report. Ouko said the propriety of Sh2.4 billion for the 24-kilometre road could not be confirmed. On April 2, 2014, Sh290 million was awarded to Green County Construction Company Limited to build the county headquarters. The contractor was expected to finish the project by October 30 2015 but on December 18, 2017, the county chief officer for Public Works and Roads terminated the contract. He cited non-performance by the contractor. Valuation of works on the project was done by Odesey International Limited, a consultant manning the project. Ouko observed that the county executive failed to engage a government registered valuer to carry out the valuation of the project but instead engaged Odessey International Limited whose mandate was to man and act as a project management consultant. “The executive failed to establish the value of outstanding works in monetary terms,” he concluded. Ouko questioned the motive and means used by the county executive in canceling and re-awarding tenders for heavy capital projects since 2013. 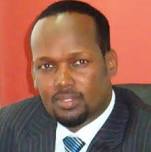 On the advent of devolution, Governor Ali Roba’s administration initiated heavy capital development projects including the county headquarters, a new county assembly block, a county rest house and the governor’s residence among others but none has been completed to date. Two contractors were given a tender to upgrade Mandera town road to bitumen standards at a cost of Sh2.4 billion in 2014. Ouko’s report indicated that the Mandera executive entered into an agreement with Frontier Engineering Company Limited on July 1, 2014, and the contract for road tarmacking was to expire on June 30, 2016. But it was extended to April 30 2018 under unclear circumstances. “Again the same contract was extended to April 2019 but records (provided) for audit review showed some sections of the road were yet to be completed,” said Ouko. The county headquarters contract was re-awarded to Bima Investment Limited on March 5 2018 at a cost of Sh455 million. Tender documents for the new contract were not provided for audit review but physical verification of the project showed on October 24 2018 that the contractor was on site and the project was ongoing.

Ouko concluded that in view of the anomalies, the authenticity of the total contract sum of Sh623 million could not be confirmed. The probity of another contract worth Sh602 million could also not be confirmed. The county rest house contracted at Sh294 million to Diwafa Investment Company Limited on April 2 2014 was also terminated. Mohamed Mohamud and Sons Construction Company Limited was re-awarded the same contract at Sh309 million. The project’s progress report and the breakdown of the amount paid to the first contractor was not produced for audit. Another Sh33 million for a water supply project at Shafshafey and Kamor areas was also lost, according to Ouko. He accused the county of failing to produce tender opening minutes and tender opening register for Elwak small and medium enterprise market costing Sh327million. Tendering for Rhamu IDP housing project phase two was also questioned.

It was established that bidders were required to submit a minimum bid security of Sh400,000 whereas tender advertisement in a local daily prescribed a minimum bid of Sh200,000. In 2013/2014 a disclaimer opinion was rendered, meaning Mandera lacked proper maintenance of financial records.The auditor general’s report states that the county has employed staff with questionable academic qualifications. Orthopedic trauma technicians, revenue collectors, watchmen, dental technologists and registered clinical officers are among county staff with questionable academic credentials. Stalled projects as per the report include the governor’s residence at Sh107 million, county assembly block at Sh185 million, regional livestock market at Sh170 million and Rhamu water supply project at Sh22 million. Ouko reported that the executive also failed to save most projects from depletion nor to add value to the investment of public funds. Ouko questioned how the tendering for Falama water project in Mandera South worth Sh212million was done. “It is not possible to ascertain the total number of tenderers who applied in each category of projects procured,” he said.