State to investigate corruption at FKF

The highly-anticipated Football Kenya Federation elections stand halted going by a strong letter to Federation of Kenya Football by the Sports Registrar.
Rose Wasike, in a letter addressed to acting CEO Barry Otieno dated October 25 2019, has given a list of conditions that FKF must meet if the exercise is to proceed.
Sports Registrar’s move comes as word has it, the government has instituted investigations over missing millions Harambee Stars was given ahead of Chan tournament held in Egypt and Fifa sponsored OB van that has gone missing. A move by FKF president to fault Uhuru Kenyatta in public has not been received well by a section in government.
The letter, which is a response to Otieno’s correspondence of October 7 2019 to the ministry of Sports on the elections, requires the federation to give detailed information about the members of the electoral board, show proof of registration of all counties and provide the federation’s amended constitution that complies with the constitution of Kenya 2010 as well as the Sports Act 2013.
“Please note that failure to register county sports associations and adhere to my advice before elections are carried out will leave me no option but to cancel the elections and thereafter cancel the registration certificate of FKF,” says Wasike, who has also ordered that she be furnished with the list of all “those vying/nominated and their clearance certificates as required” by the registrar’s rules of September 2 2016.
Wasike’s correspondence comes just two days after Fifa threatened to ban Kenya for “third party interference” and it is clear that the government is unperturbed by Veron Mosengo-Omba’s letter.
“I know that Football Kenya Federation is affiliated to Fifa, Caf and Cecafa. It should however be noted that FKF is not exempted from application of the Kenya constitution 2010 which is the supreme law of the land and is not exempted from application of the sports Act No 25 of 2013,” she maintains in an apparent response to Fifa’s threat, adding that “elections shall be held in accordance with the general principles for the election system as stipulated in Article 81 of the constitution”.
She insists that the constituted elections board must not just be impartial but “independent to ensure transparency, integrity and accountability”.
“Please note that at least one umbrella sports organisation, the sports registrar and the ministry through the commissioner of sports are observers and should therefore attend scheduled meetings of the (electoral) board as observers.
“Invitation letters should therefore reach them early enough to enable them attend meetings as required.” 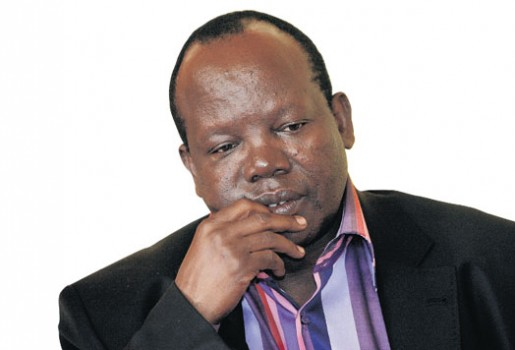 There is no evidence that the institutions mentioned in Wasike’s letter have been invited for the meetings so far held by the board, which was unveiled on October 8.
The inclusion of Edwin Wamukoya and Elynah Sifuna-Shiveka (vice chairperson of the Sports Disputes Tribunal) has been contested at the SDT.
Wasike’s letter has further revealed that the team manager of Kariobangi Sharks (owned by FKF president Nick Mwendwa) collected 47 applications for counties which are yet to be returned to the registrar’s office.
Stakeholders led by former FKF president Sammy Nyamweya are concerned with current stalemate between the body and ministry over the funding of Harambee Stars and the women’s team – the Harambee Starlets.
According to their own financial report for 2018, FKF received a total of Sh591,282,609; inclusive of Sh195,223,550 given by the government. The same federation received a further Sh244 million this year from the government for the Africa Cup of Nations in Egypt, for which a further Sh85 million was given by CAF.
Of greater concern is the fact that Mwendwa has not fully disclosed the monies received from Caf, which contravenes the basic guidelines on the integrity of the office which he holds.
Stakeholders are demanding for an audited report for the billions given to the federation since Mwendwa came into office have gone unanswered but the time has come for this leadership to be held accountable.
Sh123 million given by Fifa for the purchase of outside broadcasting equipment has not been accounted for by this federation.