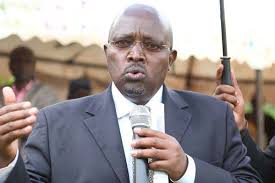 The return of Kipruto Kirwa

For former cabinet minister Kipruto Kirwa, April 28 2019 was not just an ordinary day. It is a date that could either breathe life into his his dormant political career or spell doom.
This is the day when troops allied to William Ruto descended in droves on his former Cherangany constituency in Trans-Nzoia county to try to resuscitate him politically. 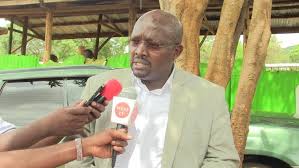 After working as an assistant minister in president Daniel Moi’s government and later minister in Mwai Kibaki’s regime, Kirwa was swept off in 2007 by Joshua Kuttuny.
In 2013 general elections, he vied for the Trans-Nzoia senatorial seat on the defunct NFK ticket and lost to FK’s Henry Ole Ndiema.
But come April 28 2019, more than 15 years since he lost the Cherangany parliamentary seat, Kirwa who was brought into politics by the late Mark Too in the early 1990s, he was back at the centre of things once again.
Things did not happen as he had anticipated until a month ago when DP Ruto’s Kalenjin allies welcomed him back home to the mainstream community political leadership.
On that Sunday morning, he woke up to a sunny session at his home at Maili Nane which had almost become deserted for as long as the politician had been out of the political limelight for almost 15 years.
From lavish feeding that extended to the reception at Tuigoin that involved the grand harambee for 15 local churches raising over Sh10 million, Kirwa was installed as the next Cherangany MP to succeed Kuttuny in 2022. It must be noted that the DP once had Kuttuny as his errand boy in the region but today, they do not read from the same script. 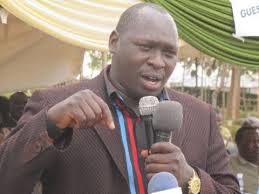 It was pomp and pageantry at Tuigoin Primary School sports ground as the master of ceremony DP Ruto’s PA Farouk Kibet was being asked to act as the Cherangany legislator after Kuttuny had allegedly abandoned the electorate to join the Mt Kenya region brigade known as Kieleweke out to stop the DP from succeeding Uhuru Kenyatta in 2022.
There was surprise however when Jubilee activist John Njuguna told the crowd that he was the right person to take on Kuttuny and advised Kirwa to go for the Trans-Nzoia senatorial seat or remain an adviser to the DP and as an elder.
Njuguna on the sidelines of the meeting said Kirwa had served as an MP for 20 years with the added 15 years in political limbo and therefore, he could not effectively serve Cherangany people at the elderly age.
Trans-Nzoia county assembly deputy speaker, Stephen Njoroge threw the first salvo when he said Kikuyus in Rift Valley are still bound by the MoU of 10 years for Uhuru Kenyatta and 10 years for Ruto.
County majority leader Patrick Kisiero, the MCA for Endebess, said the Sabaot community will join the Nandis in backing Ruto for the presidency while the Endebess MP Robert Pukose asked Kuttuny to stop his Mt Kenya trips and revert to his clarion of heshimu watu (respect the people).
For deputy governor Stanley Tarus, it was difficult for him to defend the Ford Kenya party which he is allied to and represent his boss Governor Patrick Khaemba as a section of the crowd shouted him down. But a firm Tarus explained despite being a FK member, his party cooperated with the Jubilee government. 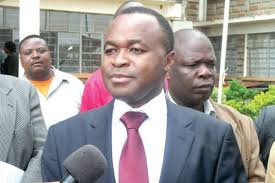 An attempt by FK nominated in Mercy Tanui to ask for support for the Kiminini MP Chris Wamalwa was also met with rubbished while independent MCAs Abraham Birir (Chepsiro) and Mathews Orango (Cherangani) said they were firmly in Jubilee and would not be intimidated by an individual of Kuttuny’s calibre.
For Joshua Sang, it was height of hypocrisy for Kuttuny to turn against Ruto after the DP introduced him to politics and ousted Kirwa out of parliament in 2007 as a “young and poor man”. 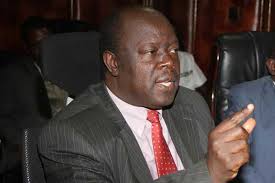 As the Tuigoin rally was in the process, nearly 20kms away, Governor Khaemba and women representative Janet Nangabo, perhaps scared of the reprisals and backlash from Ruto’s allies at the harambee, were at Nuru AIC church in Kitale town for yet another fundraiser that collected Sh5.7 millions.
Incidentally, like it was for the Tuigoin case where the DP sent Sh1 million, Khaemba brought another Sh1 million from the DP to the Nuru AIC church where the host Rev Stephen Mairori said they welcomed donations from all people to build the church.
The notable absentee from both functions was the senator Mike Mbito who was said to have had an urgent meeting in Nairobi. He later said he stood by the decision to bring back Kirwa where he ought to be.
Present wereAbraham Sing’oei and Kakai Bisau both working in Ruto’s office and who were introduced as respective candidates for Trans-Nzoia governor’s seat in 2022.
It will, however, be the task of each to prove his worth and already Sing’oei has hit the ground running convincing the residents that it is time for a new face to be tried for the county’s top job. Bisau has vied for the seat twice and 2022 will be the third attempt if he goes for it.
Two days earlier, Kirwa and Kuttuny had met face-to-face at Kanu man Mzee Mutai’s burial at Chematich where they differed over the support for Ruto quest for the presidency. 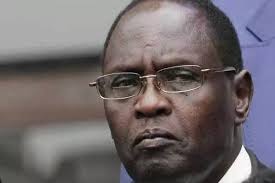 Kirwa’s stand was supported by former Trans-Nzoia senator Henry Ole Ndiema who said Ruto as a hunter had reached a level where he was about to bring home “meat” and that making noise to him will distract him from “hunting the animal”. Ole Ndiema is allied to FK while.
While Kirwa said after intense soul-searching as “elder” he would not stop a “son” from venturing further as Kuttuny in describing himself as an experienced politician and kingpin, he would least cheat his Cherangany people adding that politics had different approaches.
All in all, the Tuigoin rally was five-pronged: the church harambees will go on wapende wasipende, DP Ruto’s name will be on the presidential ballot paper by all means, the support for DP and Uhuru Kenyatta was unequivocal, Cotu secretary-general Francis Atwoli and ACK Bishop Joseph Ole Sapit stop inciting churches politicians and that Kirwa assume a role in Ruto’s transition to the presidency as he did for Kibaki to Moi in 2002.
Kirwa pledged to take to the task described as a long journey full of sharks, whales, waves and storms which his new allies were ready to fight back.