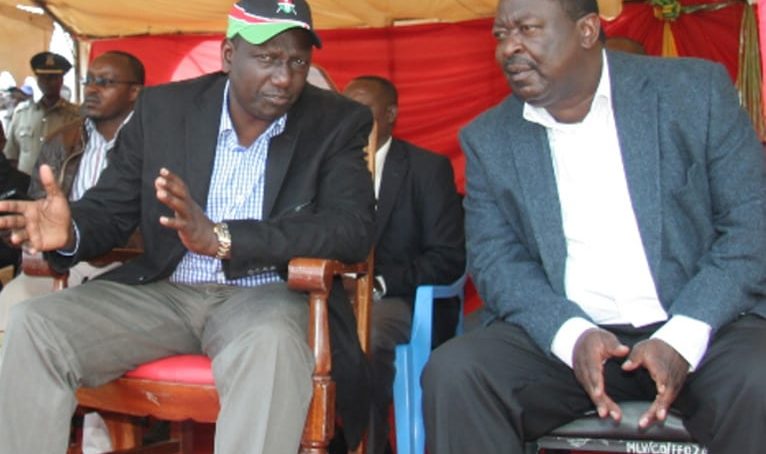 The Ruto-Musalia irony in Kibra mini poll and Luhya factor

With the November 7 Kibra by-election fast approaching, all eyes are now focused on William Ruto and Musalia Mudavadi in the wake of the Independent Electoral and Boundaries Commission ban of Jubilee nominee MacDonald Mariga.
Should the ban stay, it is generally expected that Ruto will throw his weight behind the ANC candidate, if that is what it will take to fight a common enemy – ODM leader Raila Odinga – as well as assert his budding influence in Nairobi politics.
But Mudavadi’s recent resolve to wish away any political dealings with Ruto in the runup to 2022 appears to be the poisoned chalice here.
When ANC secretary general Barrack Muluka recently hinted out of his boss’ inevitable rapprochement with Ruto to spite Raila and Uhuru Kenyatta’s Building Bridges Initiative ahead of the much-anticipated referendum, observers opined such a pact would come with serious ramifications for Raila’s 2022 plans. 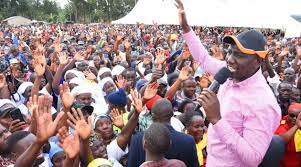 But the ANC boss swiftly moved to laugh off the possibility of a political deal with Ruto, claiming he will be going all the way to the ballot in the 2022 transition poll.
From the outset, ANC had sent feelers to Ruto’s Tanga Tanga faction of the ruling party to cast their lot with them on the (mis)understanding that Jubilee would not be fielding a candidate in the race to replace the late Kenneth Okoth, who succumbed to cancer.
Mudavadi’s supporters were evidently banking on the DP’s cold relationship with Raila to have their man win Ruto’s backing in his trademark anti-Raila bashing, his proven modus operandi. But as fate would have it, Ruto elected to stamp his authority, just if this will amount to testing of waters ahead of 2022.
The indefatigable DP would in essence go hammer and tongs at his perceived detractors in Jubilee who had opted to sit on the fence in support of the ODM candidate in the spirit of the handshake, ultimately having his way with the party bowing to pressure to front his project – Mariga.
But as fate would have it, Mariga’s candidature ran into the headwinds, after IEBC invalidated his nomination on technical grounds. Mariga’s appeal to the IEBC election tribunal will be determined this week.
Keen observers were however unenthusiastic with Jubilee’s choice of Mariga’s set of lawyers led by Elisha Ogolla, a relatively little-known advocate of the High Court. Critics pointed out that were Jubilee serious with the Mariga saga; showy counsel in the league of senate majority leader Kipchumba Murkomen – if not the controversial Ahmednasir Abdullahi – would perfectly fit the bill here.
Without prejudice though, Ogolla put up a spirited prosecution of the Mariga case, albeit with a tinge of gentility. Should the case not go the Mariga way, Ruto may just eat the humble pie and back Mudavadi’s candidate, Eliud Owalo, the former top aide of Raila’s.
Ruto’s soft spot for Mariga is informed by the soccer star’s ethnic background, what with Luhyas forming a huge plank of the Kibra population. 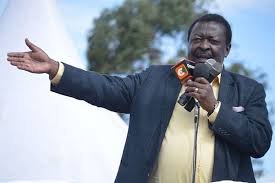 Still, Mudavadi’s dramatic interest in an area for long associated with Raila complicates the equation even further.
For one, the ANC candidate, a Luo, shall be clinging on the formidable hope of the party leader’s kinsmen – the Luhya – commanding an unassailable lead in the number of registered voters (36,000) compared to their mashemeji’s 28,000.
In a country where tribal arithmetic is key as where universal suffrage is concerned, Owalo – on paper – has a head start, with ODM’s Bernard Imran Okoth trailing him.
Jubilee would have made a force if Kikuyus and Kambas voted in one basket with Kikuyus having 25,000 voters and Kambas 21,000. Nubians whom Okoth is counting on are 13,000. Nubians firmly behind Imran who is married to Nubi. Indeed, it is mainly Nubians who voted for Imran in the ODM nominations with many doing so multiple times while Luos kept away.
With Luos having their own in form of Owalo, it could be easy ride for him with the Luhya backing courtesy of Mudavadi.
For now the Luhya community is planning to throw weight behind Martin Andati of Modern Alliance Party running in the by-election. They are bitter that they have the vote but have been sidelined in ODM. Out of five wards in the constituency, Luhyas have three MCAS.
Should Mariga be cleared to vie, this may complicate the Luhya vote significantly, albeit with the rider that Luhyas never vote for one of their own. On the other hand, the Kikuyu vote is expected to be divided between Uhuru’s Kieleweke and Ruto’s Tanga Tanga. But as things stand, the community bitter with Uhuru Kenyatta presidency will likely boycott voting.