What a bad way to start the New Year for FKF president Nick Mwendwa(Pictured above) and his entire national executive committee members.
Faced with major scandals last year running into millions of shillings, Mwendwa and his team expected 2020 to herald a new beginning with the scandals quickly forgotten but that was never to be as Directorate of Criminal Investigations swang into action last week grilling Mwendwa and his entire NEC members including present and past employees of the federation. 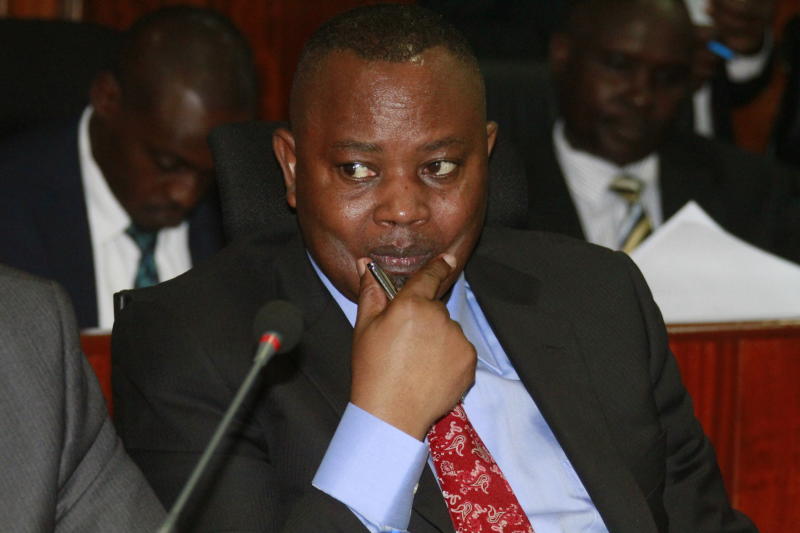 FKF has been under DCI radar since an auctioneer was murdered at FKF offices at Fifa Goal Project in Kasarani followed by embezzlement of Sh 135million by Mwendwa which was meant to buy OB van and Sh 244million the government gave FKF to prepare national team Harambee Stars for AFcon in Egypt where Kenya only managed to struggle to beat neighbours Tanzania and were knocked out at group stages.
As if saying enough is enough, the government released DCI top detectives who summoned Mwendwa last week along with FKF vice president Doris Petra, former FKF secretary general Robert Muthomi and Nyanza NEC representative Joe Andere.
Others who were grilled last week and recorded statements with the DCI at their Kiambu Road offices are Christine Ojode, Peter Kipchirchir, acting secretary general Barry Otieno, Kenn Okaka, Ian Muyumba and James Okari. 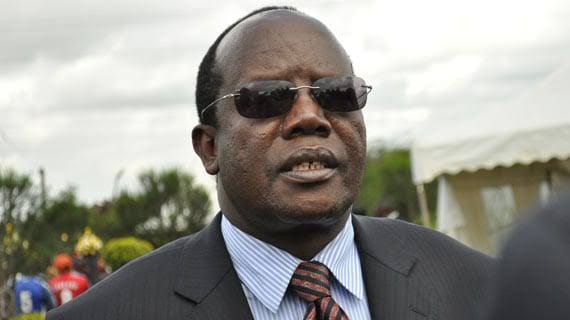 The summoning comes amid outcry by Kenyans who felt Mwendwa is killing football in the country a fact that has seen walkovers awarded in top tier league KPL which has since seen Sony Sugar expunged from the league following financial constraints a situation that has hit self-sponsored clubs in the top league after sponsors pulled out citing massive corruption in FKF spearheaded by Mwendwa and his entire NEC members.
The government has decided to deal with Mwendwa and his cohorts despite threats by Mwendwa that Fifa will ban Kenya for interference in football management in the country a threat the government has dismissed maintaining that the ongoing investigations are about corrupt individuals and Fifa along with CAF do not tolerate corruption.

The situation Mwendwa and his entire executive committee finds themselves in after DCI swang intoaction is set to have far reaching effects in the coming FKF elections since Kenyan laws will not allow them to contest in the coming elections a fact which is being supported by both Fifa and Caf.
When DCI sleuths struck last week, the impact was felt right upto FKF subbranches and the mood in local football fraternity is that Mwendwa and his entire Nec members and all those implicated in the scandals which is chocking Kenyan football should all step aside and face full wrath of the law.
Following the woes of Mwendwa and his Nec members last week, panic has hit the entire football family since there is power vacuum and Kenyans are calling upon the government to ensure that the coming FKF elections are held on time and there must be a level playing field for all candidates who are eligible to contest since Mwendwa and his Nec members have been putting in place elections rules to favour them..
Reports from DCI headquarters indicate that in order to save their skin and avoid ending up at Kamiti Maximum Prison, most Nec members who were interrogated last week have opted to co-operate with DCI officers so as to become government witnesses since Mwendwa has been eating alone and his style of management has been dictatorial.
With the look of things Mwendwa will end up carrying the heaviest responsibility in the numerous scandals which has rocked FKF since his decisions are never questioned by even Nec members and his style of leadership is a one-man show.
Apart from Sh244million AFcon scandal, DCI officers are detailed to unearth the Sh135million OB van scandal which has seen Fifa and Caf who are zero tolerant on corruption watching the unfolding scandal and investigations which will play a major role in the outcome of FKF national elections due next month.