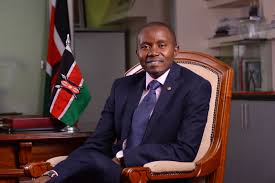 Trouble is simmering at ICT Authority following last year’s appointment of Katherine Getao as the substantive CEO for a three-year term by the ICT CS Joseph Mucheru.
The parastatal is charged with enforcing ICT standards in the public sector, promotion of ICT literacy, capacity, innovation and enterprise in line with the Kenya’s 2017 National ICT Masterplan. Sources say that her appointment was more of political than based on experience and the acumen to deliver in this important sector. Those in the know say she was unceremoniously removed from United Nations Group of Government Experts in the field of security on matters relating to ICT after her concept papers were dismissed as she could not effectively help in combating cybercrime. After her contract was not renewed, she pitched tent at the ministry only to land the CEO slot.
In a Kenya Gazette notice, Mucheru stated: “In exercise of the powers conferred by Paragraph 11 (2) and (3) of the Information and Communications Technology Authority Order, 2013, the Cabinet Secretary for Information, Communication and Technology appoints Katherine Getao (Dr) to be the Chief Executive Officer of the Information and Communications Technology Authority, for a period of three (3) years, with effect from the 11th October, 2018.”
What Mucheru did not put into considerations while appointing Getao was her links into the controversies surrounding Huduma Centres across the country that have been associated with major scams. She was one of the brains behind Huduma centres and pushed the idea into top government circles using then Devolution cabinet secretary Anne Wainguru.
Getao took over from John Sergon who held the slot in an acting capacity. Sergon had replaced Robert Mugo who was at the helm for three years but also in an acting portfolio.
It is imperative to note that Getao led the Directorate of eGovernment within the Office of the President where she provided strategic advice to the government and oversaw the ICT operations of the government. She has been linked to various troubles in the eGovernment projects. 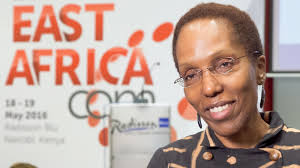 Sergon was a director of ICT at the ministry. Insiders say that Sergon was a team player compared to Getao and understood the happenings in the field. In fact, it is said, his removal had nothing to do with work but politics surrounding the planned national census which will cost billions of shillings and is sensitive and Mucheru is in charge of the project. How the census project was removed from the National Treasury whose CS is Henry Rotich to be in hands of ICT has left many questions unanswered.
Mugo after his removal and moved to the office of the director in charge of shared services at the authority raises eyebrows. Four senior managers at the authority had been suspended after an internal audit revealed that they had siphoned Sh160 million from an internship programme.
The audit report indicated that the four officials withdrew the cash from the authority’s Citi Bank accounts.
Sergon’s academic papers speak volumes. He holds a Bachelor’s degree in Business Administration from the University of Columbia and a Master’s in Information Systems Management from the Bowie State University, both in the US.
Huduma centres which Getao initiated are struggling to survive as suppliers and employees are not been paid.
Huduma centre serve as a one-stop shop for services such as application for national ID cards, National Social Security Fund, business permits, driving licences, registration of companies and processing of birth certificates among other government services.
The first Huduma Centre was launched at Nairobi’s Teleposta Towers four years ago but has since expanded to other parts of the city with plans to set one in each of the 47 counties.
The Information Communication and Technology Authority is technically insolvent and cannot meet its financial obligations, according to Auditor-General Edward Ouko.
The authority recorded a Sh2.41 billion loss in the 2016/17 financial year. It happened at the height of last general elections and fear is that powerful forces in Jubilee diverted the money for presidential campaigns.
According to the report, the agency’s liabilities of Sh1.6 billion exceed its Sh386 million assets.
While the statement for the year ended June 2017 reflects grants income of Sh21.9 billion, Ouko’s office established that it differs with the ministry’s figure of Sh22 billion.
The auditor revealed that Sh276 million allocated to the Digital Literacy Programme and Sh13 million for its operations cannot be confirmed as the nature and supporting documents were not presented for review.
ICTA’s bank statements revealed that Sh1.8 billion was withdrawn from the authority’s CitiBank account on July 18 2016.
On December 22 of the same year, Sh1.5 billion was deposited to the same account. On April 28 2017, Sh85.9 million was transferred from the project account to another within the same bank without any explanation.
The authority’s financial statements reflect Sh19.4 billion described as special grants expenses. However, ICTA paid Sh18.3 billion for digital literacy plan devices, out of which Sh15.1 billion was supported by nine letters of credit and whose vouchers were presented for review.

Plot to force Ruto to resign