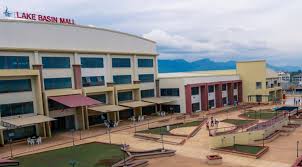 Big names in the Lake Basin Development Authority multibillion graft scam are hiding under beds as sleuths hunt for them. This follows arrest orders from Director of Public Prosecution Noordin Hajj after investigations established that Chinese-owned Erdemann Properties Ltd bribed board members with cash and houses to secure a Sh2 billion Kisumu Mall contract.
Arrest warrants have been issued on Kisumu county assembly speaker Onyango Oloo who was the chairman of LBDA during the transaction, Kisii MP Innocent Obiri and former board member George Nicodemus who were allegedly given money, vehicles and houses by Erdemann Properties who was the developer, to inflate the construction costs. The mall has been put under caveat by the EACC.
Ethics and Anti-Corruption Commission put Oloo, Nicodemus and Obiri under their radar because the records at the anti-graft watchdog indicate that they are the beneficiaries of the bribe from China-owned Edermann. 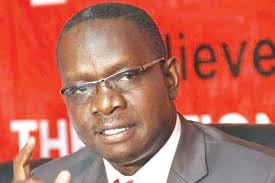 The Erdemann directors Zeyun Yang and Zhang Jing revealed the info in court when they were seeking anticipatory bail as EACC had gone full-blown after them for colluding with LBDA officials to violate procurement laws at the taxpayers’ expense.
High Court Judge James Onyiego dismissed Eldermann’s application and ruled that arresting the two Chinese nationals will not violate their rights. Judge Onyiengo added that Kenya’s laws have remedies for individuals who feel they have been unlawfully arrested without adequate evidence.
According to EACC, Erdemann paid Nichodemus Sh12.4 million in two installments on May 2 and December 11 2013, and Obiri received Sh2.3 million from Erdemann on May 2 2013. The EACC had earlier revealed Obiri’s alleged benefit in a lawsuit the Bobasi MP filed to stop his arrest.
The same case also touched Oloo who had earlier been accused of receiving a house in Athi River, two V8 Toyota cars and two Mercedes Benzes as a kickback to the same Kisumu mall tender.
According to government valuers, the mall is worth Sh3 billion, which clearly means that the cost of the mall had been inflated by Sh1.2 billion.
But LBDA chairman Owidi Odoyo while saying that no money was lost during the construction of the mall, says the investigation by EACC is driven by malice.
“The additional cost resulted from a 1.6km perimeter wall, showroom, amphitheatre, tyre centre and a three-star hotel which were not part of the original plan which resulted to the total cost of Sh4.2 billion for the Lake Basin Mall,” he has said.
He however laments that the Cooperative Bank which gave a loan of Sh2.5 billion is always demanding Sh30 million every month as interest.
The EACC launched investigations into LBDA Mall in 215 after it discovered that the constructor together with Oloo, Obiri and Nicodemus inflated the total cost to take care of bribes for board members so that the board members disregarded procurement procedure.
The office of Attorney General has waded into the scandal saying in its legal opinion, several irregularities in the award and execution of the tender were detected adding that those who flouted the rules must be brought to book.
Kisumu senator Fred Outa while speaking during a senate visit on the mall said that there were plans to auction the mall to rich individuals in the country under the guise of failure to pay loans.
The senate team on Devolution and Intergovernmental Relations chaired by John Nderitu echoed the same statement saying plans are underway to auction the mall to a private developer.
Nderitu while speaking in KIsumu, lamented that its appalling that a matter of procurement has been under investigations for close to five years and pleaded that an end be brought on the issue so that Kenyans and people from the region benefit from the complex which is expected to generate Sh230 million annually.
Owidi says that EACC usually storms the parastatal offices anytime the developer is paid terming it continued harassment which has led to many who had shown interest in renting the premise shying away.
“And if it’s true they are investigating procurement procedures why have they taken firearm licences, log books and title deeds from some of the board members, how is a firearm licences related to procurement procedure? These are side shows,” Owidi said.
He said that those who are thinking of buying the mall through auctioning are daydreamers as that will not happen as he appealed to the government to step in.
Owidi said leading multinationals who were keen to rent the mall have given regret letters saying that the current circumstances do not allow them to venture into business.
On July 4, more than 20 EACC sleuths raided the houses occupied by Erdermann’s directors and collected what could constitute evidence in the event that the Chinese nationals are arraigned. 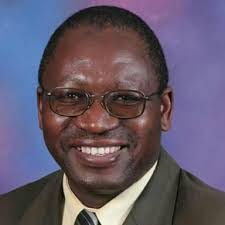 EACC has so far told the court that the contractual sum was unlawfully inflated, with Yang’s and Zhang’s company Erdermann failing in crucial stages but was, nevertheless, awarded the contract after unduly influencing the board members. Contrary to the applicants’ averments that the project was passed by the Attorney General, the Attorney General’s legal opinion dated December 5 2016, revealed several irregularities in the award and execution of the tender,” EACC told the court.
“The cost of construction was inflated to take care of the gifts given to the board members by Erdermann inter alia; houses and money which induced the board to disregard necessary procurement procedures,” EACC added.
The Chinese nationals have since petitioned their government claiming that their staff have been harassed in Kenya since 2015 in the name of investigations even though they had earlier recorded statements in relation to the mall.
However, Justice Onyiego has maintained that this is just a mere fear of arrest and is no reason to grant anticipatory bail.

Extortionist Kisumu police on the radar