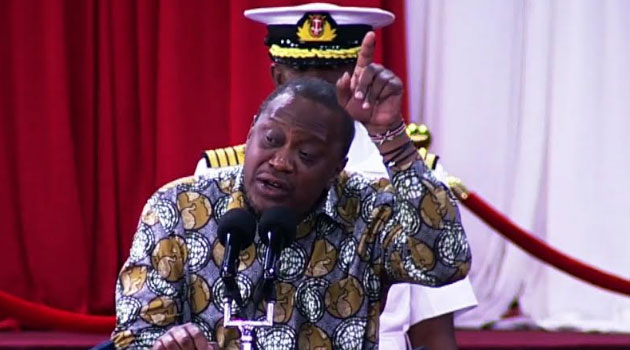 Despite his desire to leave a lasting legacy after the end of his presidency in 2022, Uhuru Kenyatta is facing a major hurdle in achieving this from a surprise quarter: his Mount Kenya backyard. This was the voting bloc that provided him with most of his winning votes in the last two elections.

However, the open rebellion now happening among most leaders in the region threatens to tear apart and tarnish the achievements that Uhuru has made in the region since he was elected in a unanimous vote in 2013. This rebellion or anti-Uhuru sentiment started with the apparent falling out between Uhuru and his formerly erstwhile ally, William Ruto, who helped him ride to power by ensuring the support of the big Rift Valley vote.

It widened after the famous ‘handshake’ between Uhuru and ODM’s Raila Odinga, and it now seems unstoppable after the two pulled the carpet under the feet of most Jubilee supporters by announcing the Building Bridges Initiative ostensibly to unite Kenya. Most leaders and voters from the region are skeptical and even openly opposed to BBI, which they see as being a tactic to hoodwink them and introduce a political course which was not in their post-Uhuru agenda.

The Gema (Gikuyu, Embu and Meru Association) is a term from pre-Independence days, when the inter-related (linguistically, culturally and geographically) communities united to fight the colonial government and form the core of the Mau Mau freedom fighters. The term stuck and has been synonymous with the communities ever since. The ‘Mount Kenya Region’ is used loosely to describe Meru, Embu, Nyeri, Kirinyaga, Murang’a, Kiambu, Laikipia, Nyandarua, Tharaka-nithi counties and includes several members of Gema communities living outside the geographical region.

In a region that was formerly “Uhuru damu”, it is ironical that the leadership of the region is now divided into two camps, the pro-Uhuru (dubbed Kieleweke) and pro-Ruto (Tanga Tanga), with the scales weighing in Ruto’s favour. Nobody would have envisioned this scenario before the 2017 elections, the period after which Uhuru started his silent campaign of ‘betraying’ Ruto.

According to the pro-Ruto leaders, Uhuru has sold the Mt Kenya leaders ‘down the river’. They have been openly campaigning for Ruto in meetings in their own backyards and in the numerous fund-raising rallies which the deputy president has been holding all over the country. They are openly against the BBI, which they see as a tactic to sideline Ruto from the presidency and gift it to their traditional ‘enemies’. Most of them are asking: where would we be in a Raila presidency?

They cannot envision a leadership where the Gema will be in the sidelines, and they very well remember what the region and its leaders underwent during the Moi presidency. That presidency is what they are referring to when they talk about the country being taken “back to the old, dark days”. Their argument is being buoyed by the actions of the government to cancel pro-Ruto meetings, frustrating some leaders from the region by harassment such as withdrawal of official vehicles, bodyguards and firearms, which is seen as a move to weaken their resolve and silence them.

Instead, they have come out louder in their rebellion than ever, thus making the government’s moves to backfire against Uhuru, the region’s former blue-eyed boy. What is worse, Uhuru cannot not do anything about the rebelling leaders. They were elected by the people and he cannot sack them, they say.

‘Betraying’ Ruto, who more than anybody else helped Uhuru clinch the presidency is bad enough, and to try and sell BBI (and in the same terms Raila) is to add salt to the wound. Uhuru’s tirades against them, such as a recent one in Sagana State Lodge and several other private and public ones, have fallen on deaf ears. He is toothless against them, and his sacking of Mwangi Kiunjuri just added hype to the discontent among the pro-Ruto leaders.

“The Kikuyu and the entire Gema nation repays its debts. It’s a matter of honour. Therefore marketing Raila in Mt Kenya region is like trying to sell ice to an Eskimo or sand to the United Emirates,” says Ernest Njoroge, a political activist from Kiambu.

The leaders say that Kenya is a democracy and the people should be let to choose their own leaders. Democracy, says Ndindi Nyoro, is enshrined in the constitution and its essence is “one man, one vote”. He says that one outrageous proposal in the BBI report is for parliament, not the people, to elect the president. This, to him, is tantamount to sneaking in some leaders through the back door and trashing the constitution which Kenyans fought hard for.

They have introduced a new angle to the narrative: that Uhuru has neglected the regions in terms of development and is instead concentrating on developing ‘enemy’ regions, thus is a poor leader as compared to his father Jomo and Mwai Kibaki, both former presidents who came from the region. This tale was started by Moses Kuria, the MP of Uhuru’s own constituency, Gatundu. Not many leaders from Mt Kenya region chose to oppose Kuria, which tells a lot about who between the two their sympathies lie with.

To cement his legacy in the region and push BBI, Uhuru has been counting on the support of a few leaders from the region, such as Kirinyaga governor’s Anne Waiguru, who Tanga Tanga accuses, ironically, of not being clean in matters of corruption, Kieni MP Kanini Kega, Nyeri Town MP Ngunjiri Wambugu (who is derogatorily referred to as a greenhorn by his detractors), Murang’a’s Irungu Kang’ata and Maina Kamanda (a nominated MP who the Tanga Tanga group says a ‘foreigner’ in the Mt Kenya region and a political dinosaur), among others. 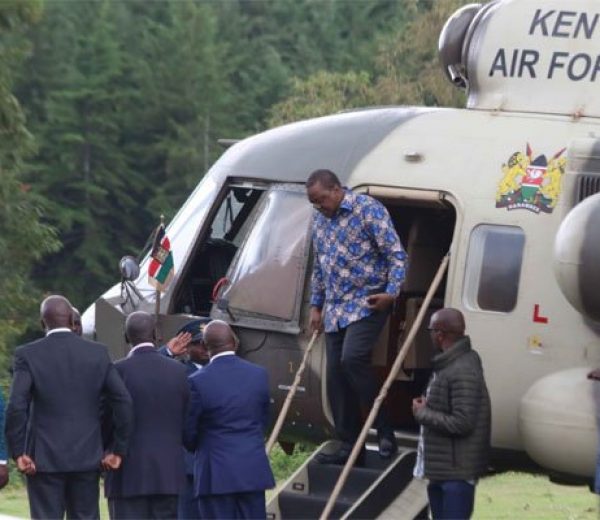 Uhuru’s legacy as he envisions it will be based on his fight against corruption. But his anti-corruption crusade has been turned ads a weapon against him, with Tanga Tanga leaders saying that it is selective and is aimed at tarnishing Ruto’s name and portraying him as someone who cannot lead Kenya. This is despite evidence in several cases linking the DP and his allies to corruption, the most recent one being where former cabinet secretary used the DP’s offices to defraud foreigners in an arms deal gone wrong.

The Tanga Tanga leaders from Mt Kenya have chosen to ignore all this evidence and have vowed to stick with Ruto until he clinches the presidency. According to Ruto die-hard Rigathi Gachagua, who is the MP for Mathira in Nyeri, they “will stick with Ruto to the end”. Other dyed-in-the-wool Ruto-supporters have expressed similar sentiments. What worries Uhuru and his inner circle is that the leaders might be voicing the feelings of the people on the ground.

And here-in lies Uhuru’s biggest headache. How will his Kikuyu people remember his after his presidency? As a person who sold out his people to the ‘enemy’? As a development minded leader who developed the region and fought corruption? As a strong leader who was a master of his own and his people’s destiny? The jury is still out, and this is giving Uhuru sleepless nights; that his ‘own’ people are the biggest stumbling block to ensuring his legacy.