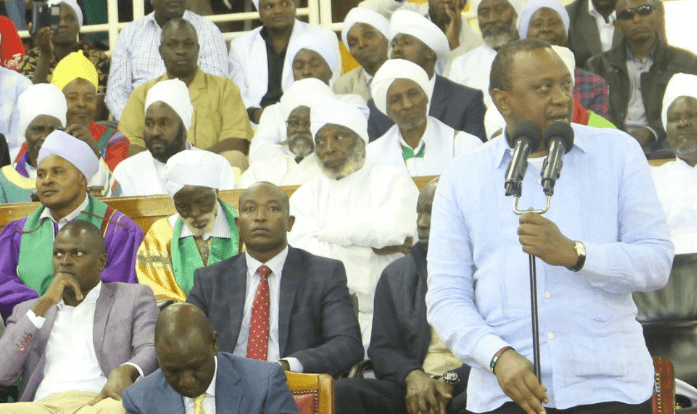 President Uhuru made the remarks during the 2019 Akorino Annual conference. Kenyatta in seemingly sending  coded message switched to Kikuyu language, accusing some politicians of ‘giving him headache’ for politicking about 2022.

“These thugs that we elected are busy politicking. They should not think I am their boy, they will not stop me from constructing roads. They didn’t look for votes on my behalf. I went looking for my votes. These rubbish should stop bothering me,” said Kenyatta. 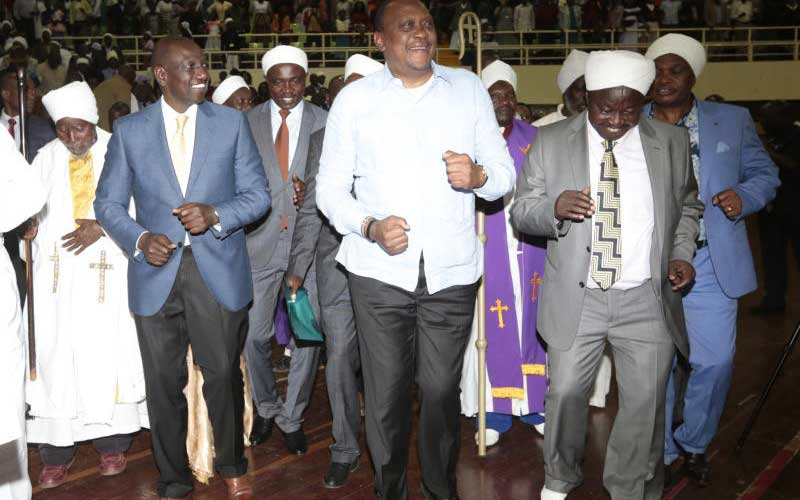 Uhuru and Ruto in church

Kenyatta added that he had chosen to refrain from newspapers and social media since they were saturated with politics.

“When they see me remain silent, they should not think they are threatening me. I will flush them out from where they are… Just because you are making headlines, don’t think you will bother me. And that is why I stopped concentrating on newspapers or those Facebooks of theirs,” he added.

The President seemingly did not spare his deputy William Ruto who was present, attacking his political faction dubbed Tanga tanga, for politicking about 2022

Late Cigarette tycoon was a Freemason