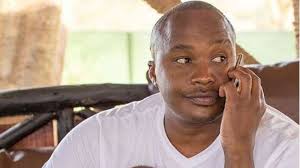 Uhuru concern was that,despite Njungua fighting for the release of goods tob traders,he was not present.

When the president finally managed using one of his aide,he asked Njagua what was happening or if he was with tanga tanga team.A bitter president ordered the mp to drive fast and join him at the ICD.

Weekly Citizen has established that the President move to order for immediate clearance of cargo at the Port of Mombasa and at the Inland Container Depot in Embakasi has unceremoniously scuttled a network of barons who were enriching themselves from the standoff. 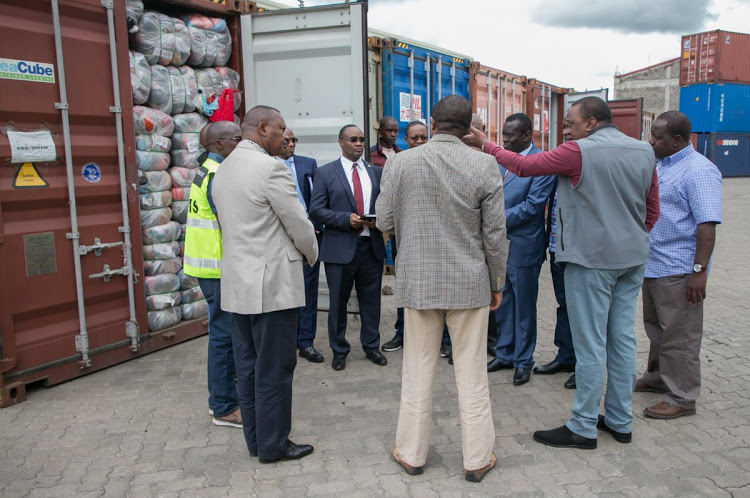 It has emerged that the same cartels had previously ignored President Kenyatta verbal order to release the cargo which had now turned into a nightmare for traders and shippers after being detained for over months.

However it did not immediately dawn on the cartels that the idea was an ideal political tool the President had heavily relied on as one of the measures to urgently arrest growing disenchantment in his Central backyard over claims that his regime has stifled once flourishing business enterprises run by members of Kikuyu community.

The President well aware of  open rebellion at his backyard ordered Interior PS Karanja Kibicho to spearhead a team that would craft strategy  to help him win back unraveled support of Kikuyu voters in 2022 just like it has been happening in his last two terms in the office.

When the Stahere legislature was roped into the Kibicho team which brought together top government officials, selected business moguls and trusted politicians from the region, the youthful politician tabled an idea that got the President nodding but rattled some powerful faces.

A Surprise suggestion by Jaguar that the President had to act swiftly in handling standoff surrounding the cargos as a quick-fire way of arresting heightening disaffection among his tribesmen resulted into an impromptu  tour by the President at Embakasi Inland container depot.

During one of such meetings with President Uhuru, Jaguar detailed how the business fraternity from Central province especially the youth were disappointment lot by Jubilee government given the punitive and restrictive trade policies.

To quickly unlock the state of sad affairs both at the Port of Mombasa and Inland Container Depot in Embakasi, worried Uhuru referred Stahere legislature to the office of CS Trade Peter Munya who instead ignored the President’s messenger.

It’s against this background that the furious head of state stormed Inland Container Depot in Embakasi to the bewilderment of Munya and other barons who had taken advantage of the fight against counterfeit products to frustrate traders.

Traders and shipping players showered Jaguar with praises when the President finally announced that only three cargo interveners, the Kenya Revenue Authority, Kenya Ports Authority and Kenya Bureau of Standards will be allowed to operate at the port.