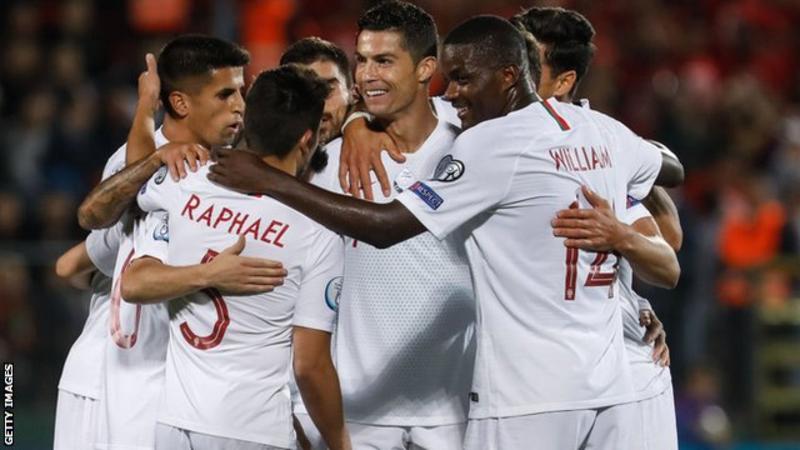 The Juventus forward netted four goals as Portugal beat Lithuania to take his overall tally to 25 in European qualifying – two more than the previous record set by former Republic of Ireland striker Keane.

Before the match, Keane asked Ronaldo to “leave this one” after pointing out the five-time Ballon d’Or winner was two goals away from his record. 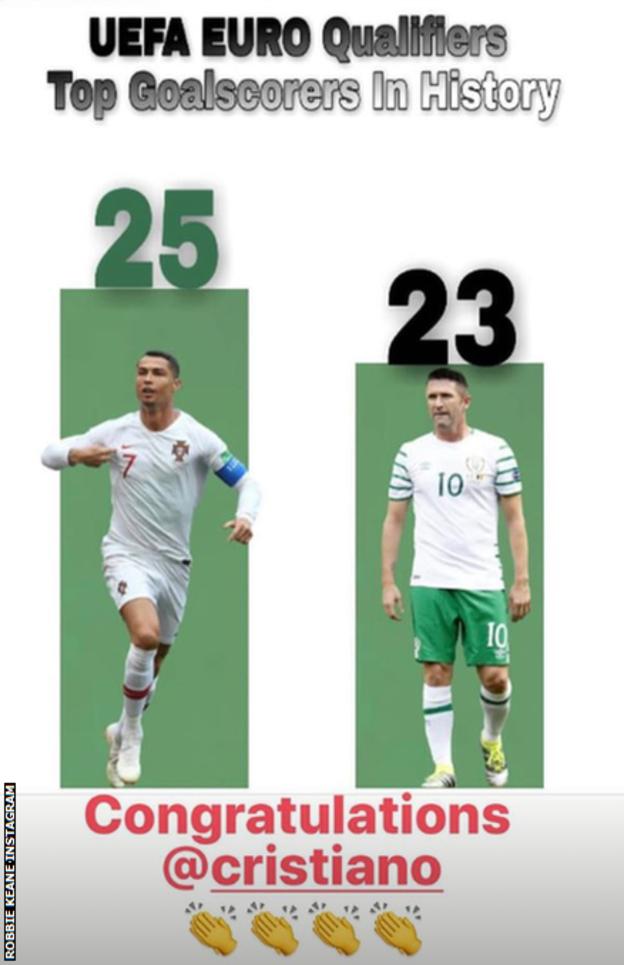 Robbie Keane who Ronaldo broke his record,  joked on instagram telling him that he thinks the records are enough

But after scoring against his 150th different team for club and country, there was no stopping Ronaldo netting his eighth international hat-trick and stealing the limelight.

Ronaldo has now scored 93 international goals, 16 behind Iran legend Ali Daei’s world record in men’s football and is also the first European to score 90 goals for his country. 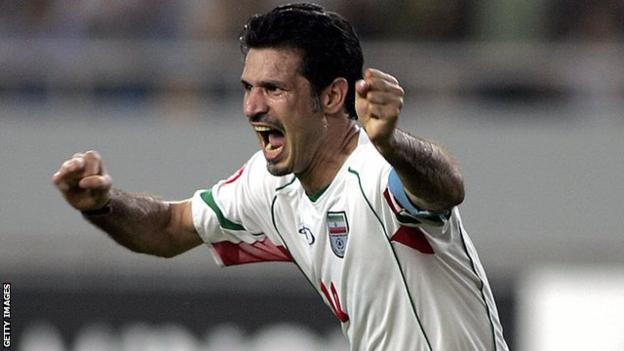 The 34-year-old is the leading scorer in European Championships.

He has netted 34 goals in total – including nine in final tournaments, which is also a joint-record with Frenchman Michel Platini.

Those goals came in four successive tournaments – 2004, 2008, 2012 and 2016 – with one in the semi-final victory over Wales during Portugal’s title-winning campaign three years ago.

No other European has scored more goals in competitive international fixtures, with Ronaldo netting 72, including the first goal and a hat-trick in the Nations League Finals when he put three past Switzerland in the last four in June.

And his tally of 30 goals in European World Cup qualifying is another record.

Champions League:Liverpool and Chelsea on losses