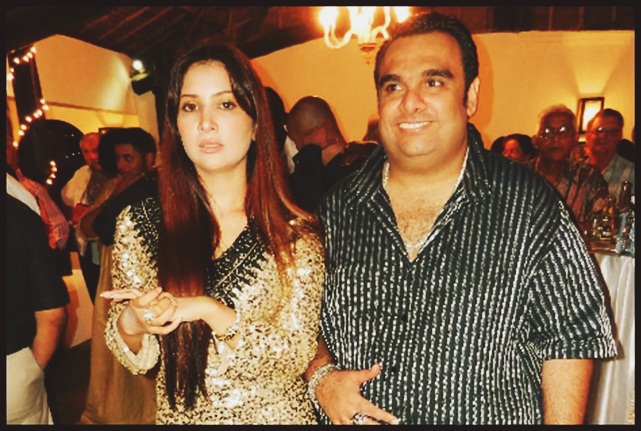 The brief arrest of Ali Punjani’s third wife Karki Sushmi Ja, 24, over drugs suspicions has lifted the lid on the mysterious life of one of the most feared men in Kenya.

Sushmi Ja, a Nepalese was arrested alongside two men of Nepalese and Indian origin with Mombasa police commander Johnston Ipara saying they were detained following the raid at the tycoon’s Nyali residence.

The Nepalese woman holds a Kenyan foreign certificate issued in June this year in Mombasa.

One of the men arrested told police he was a cousin of the Nepalese woman, while the third man was an Indian, according to their travel documents.

More than a dozen police officers were conducting a search at the tycoon’s palatial home, as his family claimed he was in India seeking treatment for a heart-related complication.

Earlier, according to family sources, Punjani had undergone treatment at Mombasa Heart and Lung Diagnostic Centre since July 29 following a cardiac attack and acute coronary syndrome.

“An angiogram performed showed significant CAD with blocked coronary arteries. This is not amenable with angioplasty and he has been advised to undergo coronary arteries bypass grafting urgently. This has been arranged at Asian Heart Institute for next week,” reads a letter dated July 31 issued by Dr N Chaudhry, consultant Interventional Cardiologist, director Heart and Lung Diagnostic Centre.

Punjani flew to Mumbai on August 6 on Kenya Airways.

His return airticket had been booked for August 26 with the same airline. The tycoon first hit the headlines when he was sued by his estranged wife seeking Sh4.5 million monthly maintenance fees.

The wife, Taurat Zaherali Suwani accused Punjani of throwing her and their three children out of their matrimonial home.

Apart from the monthly maintenance, Suwani also wanted the court to compel Punjani to give her some Sh120 million for purposes of furnishing a new home for herself and the children.

Other demands that Suwani was making was for Punjani to pay her some Sh10 million which she had borrowed in order to pay for her upkeep and that of their children.

She also wanted him to refund her Sh18 million which was the equivalent of gold and other jewelry she had been forced to sell since 2009 to help pay for basic needs for herself and the children.

But the tycoon moved to the High Court in Mombasa to challenge an Islamic tribunal’s award of Sh100 million to Suwani.

The Ismaili International Conciliation and Arbitration Board had in December 11 2015, ruled that Ali Punjani should “pay Sh100 million in full within six weeks,” or face a 12pc interest penalty for each month he defaulted since the time the judgment was made.

He was slapped with the penalty after Suwani accused him of marrying a second wife without her consent. 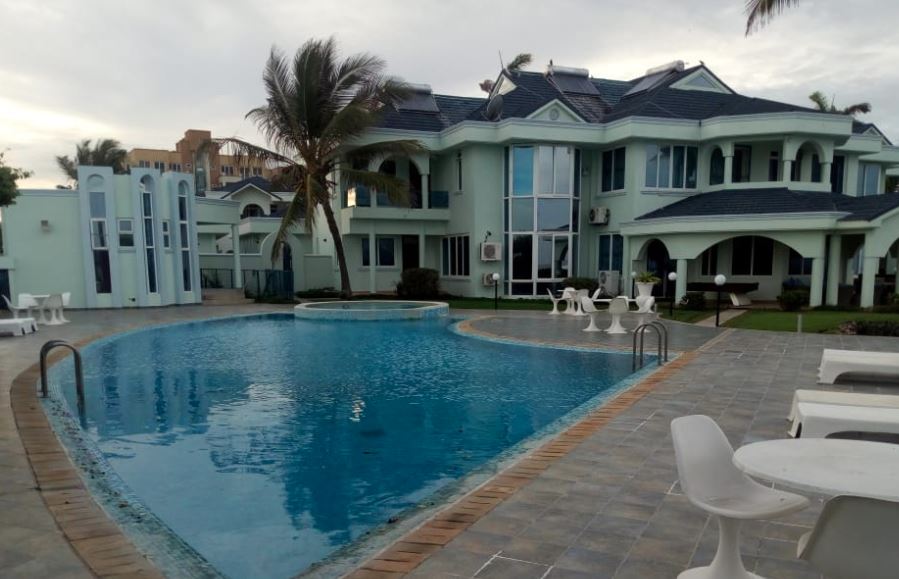 Cumulatively, based on the calculations of the judgment, the tycoon then owed Sh119 million, including accrued interest after defaulting in payment of the fine.

Suwani had sought the equivalent of $10 million and $22,000 dollars in monthly allowances as long as Punjani remained in what she described as ‘a polygamous union’ that allegedly began on August 2 2010.

Besides the Sh100 million, Punjani was ordered to pay a monthly upkeep of Sh350,000.

The amount was to be paid as long as their marriage remained legal or until there was a divorce.

The dispute between Punjani and Suwani raged since October 2010, when she filed a disciplinary complaint against her husband to the Aga Khan, the spiritual leader of Ismaili Muslims, accusing him of entering into another marriage with Maria Ali alias Kim Sharma, an actress from India.

The matter was referred to the Ismaili International Conciliation and Arbitration Board, which invited Punjani to defend himself but he failed to appear before it in person despite filing a written defence.

“Punjani failed to obtain a valid divorce from Suwani and as a result is still married to her and will continue to be married until he obtains valid divorce certificate,” the board said in the ruling dated December 11 2015.

Punjani rejected these findings and urged the High Court in Mombasa to overturn the tribunal’s ruling.

In an affidavit filed at the High Court on July 28 2017, Punjani contests Suwani’s argument that they were legally married when he married Maria Ali. He insisted he divorced her before the Kadhi Court, in accordance with Islamic law, before marrying the actress.

But Suwani argued that she was still legally married to Punjani, a contention upheld by the tribunal.

According to Suwani, she married Punjani on November 26 2000 at Tudor Jamal Khana in Mombasa but he kicked her out in June 2009.

But Punjani claimed he divorced Suwani on June 11 2009.

Punjani was a close associate of the Akasha family whose two brothers Baktash and Ibrahim are held in the US. Baktash has since been sentenced to 25 years in prison while Ibrahim is waiting for his judgment on Novemcer 8 in a New York court after they were charged of drug trafficking in East Africa and America.

Who is Kim Sharma? Ever since she made her Bollywood debut in the 2000 movie, Mohabbatein, Kim Sharma ruled the hearts of many men in her country, India. 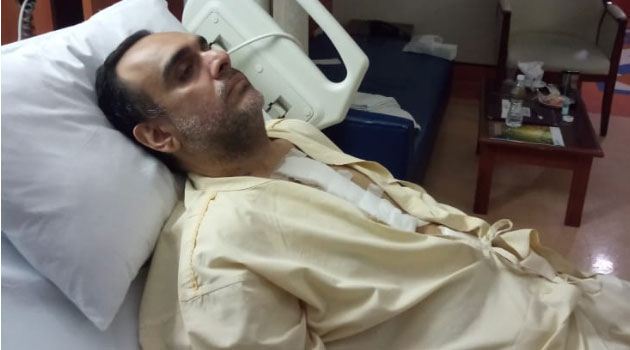 With her gorgeous looks, cute voice and dimpled face, she was linked with many leading Indian celebrities, top of them being Indian cricketer, Yuvraj Singh.

Indeed, Kim Sharma’s marriage to Punjani in 2010 came as a surprise to many as the actress was known to date only leading eligible bachelors from the showbiz in India, so everyone expected her marriage, but with some Bollywood Khandani bachelor.

Before the Kim’s marriage, it was widely speculated that she was dating a Spanish identified as Carlos Marín.

She officially broke up with Carlos just a month or two before the wedding to Punjani.

It was definitely the case of a damsel in distress looking for a suitable guy, only to stumble upon a superrich man.

She met Punjani when she visited Kenya for a safari trip and happened to meet him while he was in the process of getting a divorce from his first wife.

Kim and Punjani dated for just a week, and she was in a hurry to tie the knot with the tycoon.

Not much is known about their wedding details but it is definitely known that not a single person from India film industry was invited to the event.

Kim then relocated to Mombasa and declined to make any comments to the Indian press about her wedding for almost a year.

It was only in late 2011 that she opened up to the India press, and news about the Punjani-Kim marriage was shared that she was very happy with her husband.

She told the Indian media that she had no interest in returning back to films in Bollywood, mainly because she was based in Mombasa, where she had started working as hotelier with the help of her husband.

Before marrying Punjani, Kim dated Indian top cricketer Yuvraj Singh for a while and was also linked to VJ Yudi, another Indian celebrity.

Kim started her career as a model and went on to work as a Video Jockey, an equivalent of a DJ in Kenya.

When she met Yuvraj, he was the rising star of Indian cricket team and was known to be a party maniac.

It is at one of such extravagant parties that Yuvraj and Kim bumped into each other, both being party animals.

But in early 2007, rumours started doing the rounds in India that things were not smooth in the relationship of the cricketer-actress duo.

An insider close the two shared the news with certain tabloids in India that Kim had developed a certain kind of obsession towards Yuvraj, and she would call him repeatedly even when he would be busy with cricket tours.

By April that year, it was learnt that Yuvraj’s family disapproved of his relationship with Kim mainly because of the tacky roles she would do in movies.

Eventually, Yuvraj had enough of Kim’s control-freak behaviour, and in May 2007, the couple said that they had split.

Later in an interview, Kim said that she and Yuvraj were just outright incompatible and she went on to add that she would never date a cricketer again. 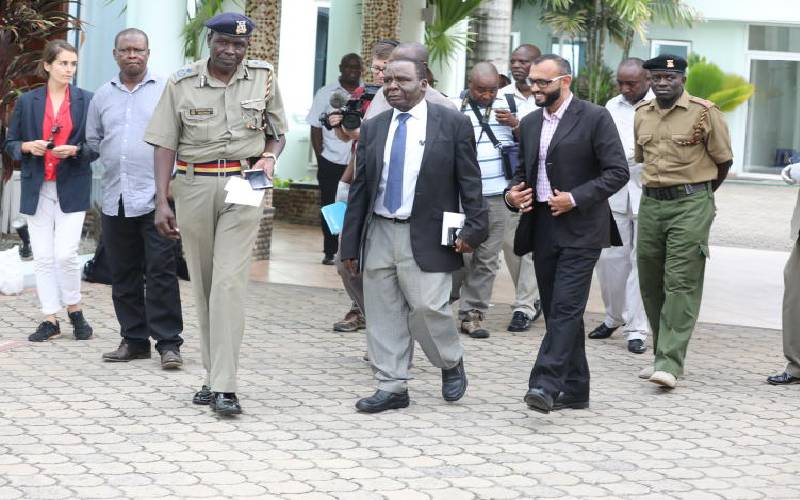 But around 2008 when Kim was on a flight from Toronto to London, she sat next to a handsome Spanish man, Carlos, a popular Spanish singer.

The two had an amiable interaction all throughout their flight, and made it a point to stay in touch.

Things were friendly up till their planned meeting in Dubai where Carlos arranged a romantic dinner for Kim.

By the end of 2009, the doting pair were working on the wedding preparations in full swing.

But that wedding never came, and then suddenly in July 2010 it was learnt that the two had split up.

When she left Punjani, Kim was in financial distress and became penniless.

She sought to establish business in Mumbai to provide for herself financially and even became a brand strategist going by the name Kimi Sharma.

She is now said to be dating Hindi and Tamil cinema actor, Harshvardhan Rane.

They made their first public appearance in April 2018 and were spotted together at designer, Nandita Mahtani’s fashion show in Mumbai.

It seems as the actress has now moved on but her former husband is in hot soup.

Punjani is now suspected to be part of big drug ring in Kenya.

Police raided his bungalow in a crackdown on drugs, just a day after its Interior cabinet secretary Fred Matiang’i announced a war on drug trafficking in Kenya’s coastal region.

Police found no drugs or evidence of it.

Governor’s scorecards after 2 years in office