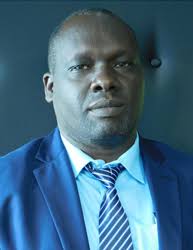 The managing director of Modagashe Agencies Company involved in road construction works Nassir Basalinga is accused of evading tax.
According to sources, Basalinga does not also remit statutory dues to relevant government agencies among them National Hospital Insurance Fund, National Social Security Fund and Paye as You Earn.
Insiders at Kenya Rural Roads Authority where he calls shots and influences payment say Basalinga boasts to be close to the acting director general Luka Kimeli.
The manner in which Modagashe Agencies acquired a licence from National Construction Authority and other relevant state agencies to engage into construction works running into billions has surprised many.
The personnel the firm uses to do road construction and the machinery are wanting. Weekly Citizen has information that Basalinga has no qualified engineer in his offices or at the site.
Instead, he allegedly bribes Kerra engineers at the headquarters and branch offices to write favourable reports on his projects to earn more favours yet he does not even pay the requisite taxes. He is said to have personnel from established firms to do work for him. Others even say that once he wins the contract, he hires machinery and staff, places Modogashe logo on them to do the project.
One project, according to sources was fully undertaken by another firm but Basalinga was paid and eventually offset the demand notice from the hired company.
His projects are mostly in North Eastern Kenya and due to insecurity, engineers from the head office fear to visit, giving Modogashe free operations and demand notes.
Residents of Bulapesa ward in Isiolo North are a bitter lot after the firm failed to finish a road project blaming it electricity poles and water pipes.
He boasts to be close to Road and Transport CS James Macharia and Kimeli.
Questions are being asked as to why Kimeli has been acting DG since 2018. Engineers at Kerra are up in arms and want the position advertised and filled.
They are petitioning Fred Matiangí, the Interior cabinet secretary and now in charge of project coordination, to investigate how Kimeli was appointed to act.
Kimeli replaced John Ogango as DG in an acting position. Macharia sidelined engineers with experience among them Peter Gichohi, Jackson Magondu, Moses Cheruiyot and Ronald Omondi.
Macharia letter reads: “I hereby appoint Luke Kipchumba Kimeli as the acting Director General of the authority in accordance with Kenya Roads Act”. He further directed the board to urgently commence competitive recruitment for the director general position.
Surprisingly, one year down the line, the process has not yet been done as Kimeli openly boasts to have been confirmed in the position using the influence of William Ruto and national assembly majority leader in parliament Aden Duale, who allegedly has links with Modagashe Agencies Company.

Plot to have NIC chief replace Njiraini at KRA