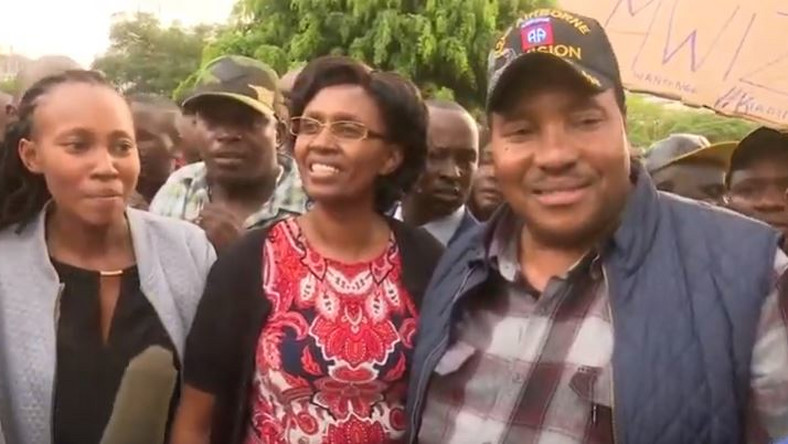 Waititu’s daughter bank account is set to be frozen after detectives found crucial documents indicating money had been stashed there.This follows attempts by the EACC to recover money stolen from Kiambu county which the EACC wants to recover the money and any assets linked to the same.

The 100 million kenyan shillings had been deposited in the daughter’s account over a period of the last 8 months.   This raised eyebrows as to how she could have acquired such amount of money in a short period of time. 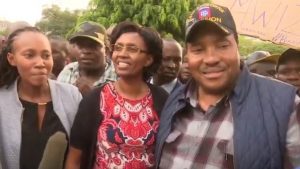 Kiambu Governor Ferdinand Waititu, his wife Susan Ndung’u and their daughter Dr Njeri Ndung’u after they were released from the EACC headquarters

The officials confirmed it’s a matter of time before they arrest and prosecute her for handling stolen money.

It was established she might have been used as a conduit for handling money stolen from the county government of Kiambu.

Governor Waititu was arrested by EACC officials alongside his wife and daughter following raids in his houses in Nairobi in search of  crucial documents that could help trace the more than sh 558 million misappropriated by the Kiambu Governor. He was later released following hours of grilling.