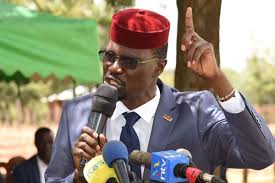 The war of words between two Bungoma county Jubilee MPs is far from the end.

Didmus Barasa of Kimilili lit the fire when he unleashed a scathing attack on his Sirisia colleague John Waluke. He claimed Waluke who is the rulling party branch chairman is a “sick” man who should be taken to hospital for a mental checkup.

But in reaction at his Sirisia home while addressing supporters, Waluke said he would not allow Barasa to set his foot in Sirisia again. 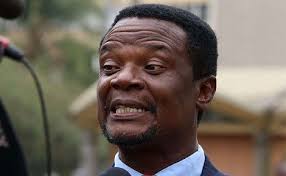 The MP said he had let his “dogs” out to target the enemy adding that any form of physical attack would now be resisted with the necessary force.

He recalled that the Kimilili lawmaker had joined Jubilee during the runup to the 2017 general elections and appeared to be sympathising with the opposition where he was in Ford Kenya.

Mid last year Barasa was in the news when he led a section of Bungoma Jubilee branch officials and MCAs in announcing to have ousted Waluke as the branch chairman. It took the intervention of the party headquarters which clarified that Waluke was still in the office and told those interested in various seats to ready themselves for grassroots elections scheduled for March.