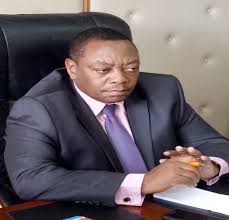 Murang’a residents have been caught up in a fierce political war that has exploded between Governor Mwangi wa Iria and Water principal secretary Irungu Wairagu.

Insiders say that the war has to do with the county 2022 governorship race where powerful faces surrounding Uhuru Kenyatta want Wairagu to be the next governor as Wa Iria term comes to an end. Those for Wairagu are opposed to deputy president William Ruto who is seeking to succeed t Uhuru as the fifth president of Kenya.

There are mounting concerns that the worrying political rivalry pitting the two factions could threaten development in the region and by extension, the whole country given that the PS seat is a national office. 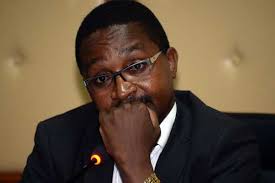 Keen observers have maintained that the nasty battle has been triggered by Wa Iria succession games but the PS was quick to dismiss having any political ambitions even as voters pile pressure on him to go for the gubernatorial seat.

Politicians class, professionals and voters from Murang’a county have showered Irungu with praises going by how he has exploited his vantage position in ensuring the area benefits handsomely as far as water matters are concerned.

But to his critics led by governor Wa Iria lieutenants, the PS is being accused of turning the government projects into his own political tool as he positions himself to succeed the incumbent who is serving a final term in the office.

“Not really, this is unnecessary high drama, fiction and figment of imagination of this governor’’, Irungu said.

The duel has assumed an ugly angle with the governor opting to legal grounds to contest what he describes as being locked out of crucial projects.

In the latest war, the governor argued that his people are being subjected to drinking dirty water yet the PS blocked them from using clean water from Ndakaini Dam.

The firebrand politician had in the past had a similar war with Nairobi governor Mike Sonko forcing Uhuru to craft a ceasefire between them after the head of state ruled that Ndakaini dam should benefit all Kenyans.

The struggle between the duo also dominated the government’s move to allocate Sh180 million to sink boreholes and construction of water pans in various parts of Murang’a.

According to some analysts the vocal Mt Kenya governor though he has not hinted on his possible 2022 successor, he seems obsessed with a feeling that he should be playing critical role on who succeeds him

At the same time, Irungu has been marked as a potential new political force with government goodies at his disposal and therefore, has resorted to a loneranger walk that may not need the governor’s blessings in 2022 politics

The kind of forays the PS is currently making on the ground seems to have shaken governor Wa Iria’s camp yet he had been comfortable with a belief that he plays a big role on who will take over from him as well as from President Kenyatta by positioning himself as Mt. Kenya’s political kingpin

Understandably, the governor has timely registered as new political party as the battle for President Kenyatta’s succession intensifies in Mt Kenya region.

Inside talks rate Civic Renewal Party (CRP) as a new political vehicle and outfit established as an alternative sustenance tool for the governor following an anticipated vacuum when Uhuru’s second term comes to an end in 2022.