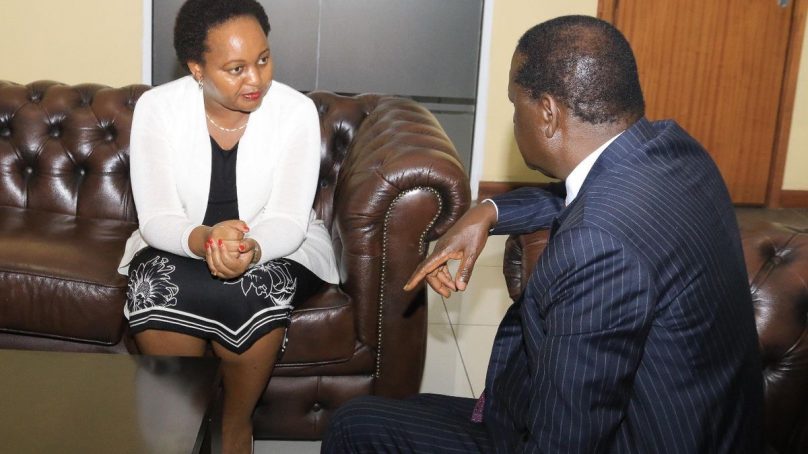 Impeached Kirinyaga governor Anne Waiguru is now pinning her hopes of survival at the Senate on ODM leader Raila Odinga who has assured her of support.

Waiguru, according to reliable sources, reached out to the ODM leader after her ouster and pleaded with him to marshal the party’s senators to reject her ouster once it is tabled in the assembly.

The governor is also hoping the pro-Uhuru Kenyatta senators in Jubilee Party will reject her impeachment. 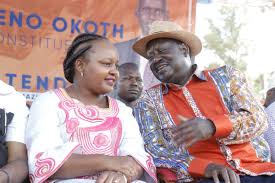 Insiders add the governor hopes the senators who were rallied by Uhuru and Raila to kick out former Kiambu governor Ferdinard Waititu will rescue her. 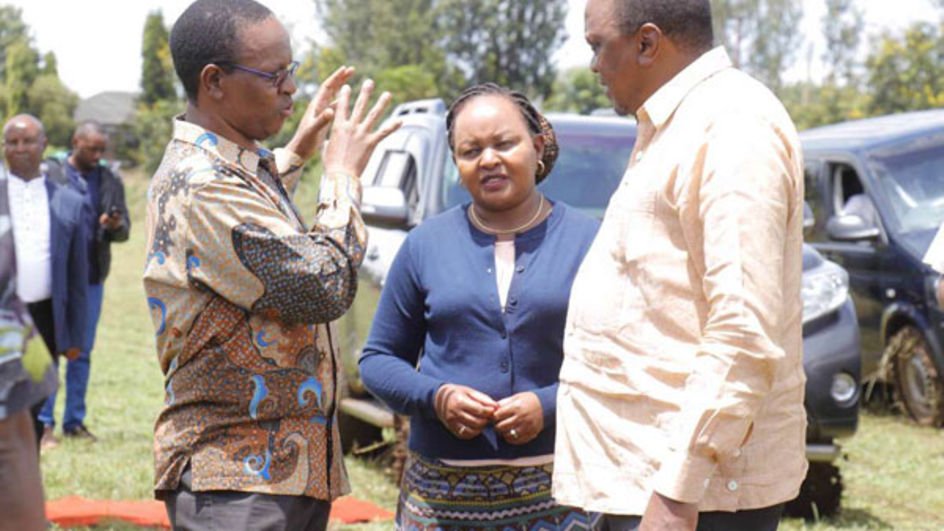 But when news reached Kirinyaga that Waiguru was lobbying Uhuru and Raila to whip about 28 senators to shoot down her ouster, the residents staged a demonstration to warn the President against trying to save the governor.

In a protest held in Kutus, the residents chanted “Waiguru must go!” as they carried placards scribbled “President Uhuru Kenyatta, we are ready to fight corruption in Kirinyaga”.

The traders, who abandoned their jobs temporarily, urged the Senate to uphold Waiguru’s impeachment by the County Assembly.

“Kindly help us seize corruption in Kirinyaga,” read another placard. “You were part of the NYS scandal, you’re also corrupt in Kirinyaga. Waiguru must go,” another one read.

According to sources, the demonstration was organised by MCAs who are being bankrolled by Interior Principal Secretary Karanja Kibicho, who is eyeing the gubernatorial seat in 2022.

Besides Kibicho, Waiguru other opponent is former Cabinet Minister Martha Karua, who she defeated in the gubernatorial race.

Karua filed a petition to oust her but it was thrown out by the courts, including the Supreme Court.

More pressure was piled on Waiguru after the Ethics and Anti-Corruption Commission (EACC) reiterated that they had initiated corruption investigations against her.

Speaking after the governor was ousted, EACC’s Central Region Head, Charles Rasugu said his officers will be seeking to establish whether there was a conflict of interest in the awarding of a Sh50 million tender by Waiguru.

Rusugu further stated that Sh10.6 million in travel allowances is also under investigation.

Insiders add that Jubilee Party Secretary-General Raphael Tuju has already engineered a scheme to save Waiguru from impeachment.

Tuju is pushing Senate Majority Chief Whip Irungu Kang’ata to form a special committee that would favour the Kirinyaga Governor during her impeachment hearing.

According to the Impeachment Procedure Bill, 2018, the removal of a Governor from office could involve the formation of a special committee under the directive of the Speaker of the House.

“Within ten days after receiving the resolution from the Speaker of the county assembly under section 14 (8) (b) the Senate may, by resolution, appoint a special committee comprising not more than eleven of its members to investigate the matter,” reads an excerpt from the constitution.

Kirinyaga County Assembly Speaker, Anthony Gathumbi issued the impeachment motion of the county governor to the Senate Speaker but Waiguru rushed to court to question the legality of her impeachment.

She was however, dealt a huge blow after the court dismissed her submission with Justice Weldon Korir  ruling the MCAs did not violate any court order.