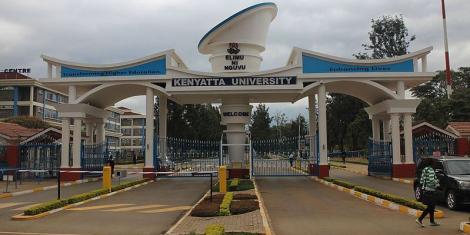 What is ailing giant Kenyatta University?

Bad managerial decisions coupled with weak internal structures are sending Kenya’s second biggest higher institution of learning Kenyatta University to an early grave.
The rot that began in the era of the highflying Olive Mugenda as the vice chancellor has now taken a worse turn after Paul Wainaina took over.
Prof Wainaina who was the acting vice chancellor since Prof Mugenda retired in 2016 was appointed as the vice chancellor from January 26 2018 for a period of five years.
Already, a don at the university is accused of plagiarism forcing the administration to recall his PHD academic papers.
So bad is the situation that KU is now technically insolvent and unless billions of shillings are injected to revive it, it is likely to close down. 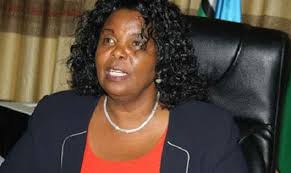 According to the latest Auditor General’s report, KU reported the highest debt at Sh3.4 billion, followed by UoN at Sh1.4 billion and Multimedia at Sh700 million.
But even more disturbing are revelations that universities, among them Kenyatta University, spent workers’ statutory deductions, which may result into financial penalties for individual employees.
KU’s liquidity position is worsening as it is now resorting to financing its operations using short-term bank overdrafts.
The university recorded a deficit of Sh2.1 billion in 2018 while its current liabilities exceed its Sh847 million current assets, resulting in negative working capital of Sh3.5 billion.
“This indicates that the university was unable to meet its financial obligations when they fall due,” says the latest audit report.
KU has failed to remit Paye, National Social Security Fund deductions and National Hospital Insurance Fund deductions besides failing to submit pension contributions, Sacco deductions and Helb deductions.
The university finds itself in this embarrassing situation due to managerial errors that saw it lose billions of shillings.
For instance, KU lost Sh518 million it spent to set up Kigali and Arusha campuses after the Rwandan and Tanzanian governments shut down the institutions.
KU is also on the spot for failing to diversify its employees, with one ethnic community, Kikuyus controlling 45pc of senior management, 39pc academic staff and 42pc nonteaching staff. 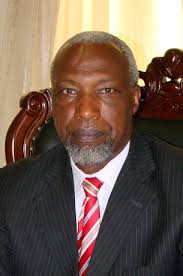 The poor managerial and internal structures situation that KU finds itself in was recently exposed by a student who laid bare how the management is coercing those brave enough to expose the rot.
In a letter widely circulated on the internet, the student lamented that Kenyatta University administration is taking them back to the dark days where freedom of speech and expression was curtailed.
The learner accused the registrar of Academics Kenyatta University main Campus Andaje Mwisukha saying he is being used by the administration to suspend students suspected of reporting managerial lapses to the media.
The student said that KU suspends students who raise complaints on issues of missing marks and hiked supplementary examination fee of Sh7,500 per paper.
He said that at KU one can receive a suspension letter not indicating the number of days he or she has been suspended for.
“Poor service delivery at the university. For example, you can pay for ID replacement fee but it will take you more than six months to receive a new student ID. If you dare raise this complaint you’ll be suspended,” the student stated.
“Kenyatta University lecturers are lazy. Some even admit that they don’t mark our scripts but end up awarding students with missing marks and unfulfilled ‘E’ grades.
“The disciplinary committee in Kenyatta University makes decisions without considering evidence, especially when dealing with student cases. Many letters of suspension are issued to innocent students.