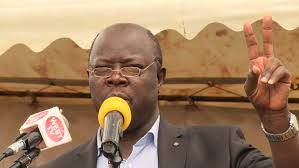 Which way Trans Nzoia politics as 2022 polls draws in?

Trans Nzoia governor Patrick Khaemba has no heir apparent as his second term comes to an end in 2022. However, Devolution CS Eugene Wamalwa who is gambling on whether or not to play county politics or aim for the national front still remains undecided. 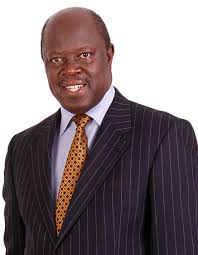 Even those who would have wished to ride on the back of Khaemba to ascend to high political seats, including his deputy Stanley Tarus, and a number of members of cabinet, have started dragging their feet fearing they could jeopardise their winning chances. Among them is the CEC member for finance Boniface Wanyonyi, who is vying for the gubernatorial seat, chief of staff Patrick Simiyu trying his third stab in Cherangany constituency, currently held by Jubilee’s Joshua Kuttuny, and the CCO in the department of water seeking to unseat Saboti MP Caleb Amisi. Jubilee and Ford-Kenya FK which are the prominent parties in the county are also bracing for a big fight to set the pace for the 2022 polls. 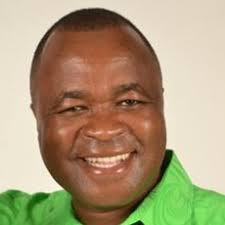 Whilst it was expected that CS Wamalwa, together with DP William Ruto would lead the Jubilee troop in the county ahead of the 2022 general election, the two are reading from different scripts as FK party leader Bungoma senator Moses Wetang’ula fight to retain the party position from a belligerent faction led by MP Eseli Simiyu. Things are not smooth either for Kanu which according to the party members is still being controlled by former nominated senator Zipporah Kittony against the wishes of the majority party followers. They want the party leader and Baringo senator Gideon Moi to visit the area and streamline things. 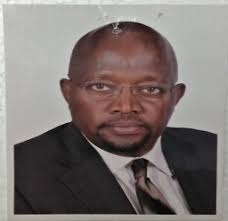 The hope of former Cherangany MP Kipruto Kirwa moving from Musalia Mudavadi’s ANC to bolster DP Ruto’s support in the county seems to be hitting the rocks after the former Agriculture cabinet minister realised that he had joined the wrong group of the DP’s allies engaged in insulting and petty politics. It was said that Kirwa was particularly incensed by Ruto’s allies who had directed attacks at the former First Lady Mama Ngina, the president’s mother. Kirwa is reported to have recalled that even when he himself differed with the late president Daniel Moi on divergent issues, he never at one time engaged himself in insulting the former head of state as elders are respected. 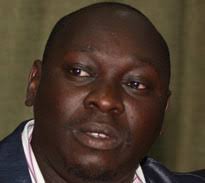 This scenario has now left the DP camp in a political dilemma as to the next move to make of Kirwa whom they had relied on to boost the DP’s support in Cherangany and the entire county with some now pushing for the former legislator to rescind the move while others have asked him to act independently. Kuttuny is also said to be trooping back to the DP’s side after the sacking of senior Kalenjins from the public service on alleged instigation of Gideon which could possibly open a pandora’s box with Ruto’s allies plotting to oppose the MP in 2022. One Julius Tunduria is eyeing Cherangany seat, with Emily Rono set to battle it out for the county assembly deputy speaker and Dorcas Njenga, an ally of Eugene being fronted for Sirende ward.

The 2022 political situation in the county is further complicated by trashing of the 2011 Mabanga declaration that called for equitable distribution of seats among the local tribes for harmonious co-existence. For instance, the seat of the senate which was a preserve for the Sabaots, is now being dangled as the incumbent Mike Mbito is viewed to be shifting his interest to the governor’s slot while Cherangany constituency, which had been set for Kalenjins is now being hotly contested by the Luhya community. The county is at the crossroads as the likes of the Kiminini MP Chris Wamalwa, women rep Janet Nangabo, Abraham Sing’oei and Kakai Bissau out to attract the sympathy of the DP to succeed Governor Khaemba.

But of all, Bissau, the DP’s strategist for the 2022 presidential polls, shows the biggest interest for the county’s plum job with his intense crisscrossing of all the corners of the county. Even as Chris Wamalwa is the man to beat, the questions are who will fill the vacuum in Kiminini with all the eyes on a newcomer Andrew Musuya a resident of Sikhendu. Musuya joins the race for Kiminini that include MCA David Kisaka. Chris has since denied ever endorsing any one for the local five constituencies. A one Kituyi who is a civil servant is also under pressure to run for Kimilili seat. The Sabaot community has also vowed that they are set to grab Saboti constituency and have floated the names of Wycliffe Cheptang’at and Rodgers Bokose for the race. 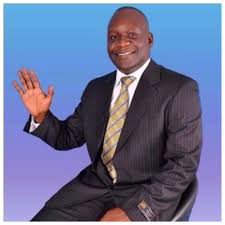 Cheptang’at alias Pakachini who is the Kiminini sub-county administrator stands a better chance for having been born, brought up, schooled and deployed back to work in the area. The Sabaots are also rooting for the deputy governor’s position through the Saboti MCA David Kaboloman as the running mate for Chris and at the same time plotting for a private surveyor Leonard Moss to replace Kaboloman for Saboti ward. The community in its push to solidify their power in the county has rated the Endebess MP Robert Pukose as the senior most politician, having served as a lawmaker for two terms, followed by Mbito, former senator Henry Ole Ndiema and Richard Chesebe who has received the blessings of the community to contest the senatorial seat in 2022. 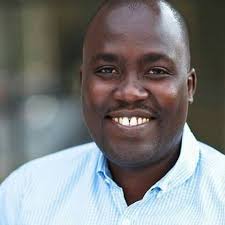 Chesebe who is the Jubilee party county chairman in an interview with a local radio station said the party was still intact except for the differences of a few party leaders, adding that Ruto is still a man to watch when it will come to the 2022 polls. Chesebe, however, will have first to contend with Kanu’s Nixon Mutuku who is commanding the support of youths. Others going for the senate include Ken Simiyu. Senator Mbito last week told a youths sports meet at Kitalale that he is committed to bringing about change in the county if elected as the governor to correct the mess created by Khaemba which include the running down the Kitale Stadium and the failure to complete in time the Kitale Teaching and Referral Hospital. 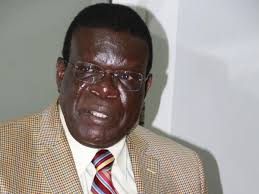 To some, Eugene will hardly influence the outcome of the 2022 polls arguing that as a cabinet minister in the Mwai Kibaki and Uhuru Kenyatta governments and after dissolving his former New Ford Kenya NFK party, he has nothing to show to Trans Nzoia people. But another school of thought insists that the CS is likely to tilt the results if he is to be one of the gubernatorial candidates using to his Bukusu kin and vast political experience. Kwanza constituency is still a hot political hotbed with the incumbent, FK’s Ferdinand Wanyonyi, fighting to retain the seat but sources familiar with the area say the MP’s third consecutive run on the seat is being threatened by Young Turks such as the county assembly minority leader Emmanuel Waswa and independentminded Moses Lupao.

The Kwanza legislator is showered with praise for the completion of the Maili Saba– Kolongolo road linking to the Suam border point along the Kenya-Uganda boundary. But the Trans-Nzoia 2022 succession politics would not be complete without the mention of Ben Wanjala who says the county requires a fresh governor not “used politicians”. The former CEC member for finance in Khaemba’s first government dismisses the lots of CS Eugene, Chris, Bissau and Sing’oei as people who would not bring about new ideas in the running of the county affairs and exhorted Trans Nzoia residents to exercise care during the 2022 voting. County assembly speaker Joshua Werunga is among those seeking to become the county’s second boss after Khaemba.

Inside Ruto, Gideon fight for Kalenjin instruments of power