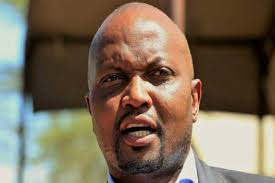 Why is Kuria fighting Kenyatta family

I have been following with keen interest the comments and statements that the Gatundu South MP Moses Kuria has been making lately. The MP, who is referred to by the media as Uhuru’s MP given that he represents the home constituency of president Uhuru Kenyatta, has been driving a narrative that the president has abandoned people of Central Kenya.

It started with a statement he made at the beginning of this year. Then, many reasoned that Kuria, an active member of the Tanga Tanga wing of Jubilee, which coalesces around the DP Ruto, was pushing the agenda of the DP. The intention of this wing was to portray the Uhuru in bad light and ultimately reduce him to a lame duck president.

Why would they embark on a mission meant to portray he has lost the grip of his stronghold? It is because they interpreted the president’s decision to shake hands with opposition Raila Odinga as a calculated move to scuttle the DP’s 2022 presidential ambition.

It should be noted Uhuru rose to power at a time when the country was still healing from the wounds of the worst post-election violence witnessed in the aftermath of 2007 general election. He had assured the country that no more blood of innocent Kenyans would be shed due to election contests. But Kuria and his brigade would see this as a good reason for the president to reach out to his main political rival and make peace with him.

Uhuru who is widely viewed as the kingpin of Mt Kenya region is yet to indicate that he would relinquish that position when his second term in office expires in 2022.

With this, Kuria, who has been positioning himself for take that seat, know that he can only leave a mark if he takes the battle to the doorstep of Uhuru.

In addition, many believe the MP, who represents the Kenyattas, has long fallen out with this family. For this reason, he fears that this family will groom another candidate to unseat him in the next poll. As a master of politics of survival, this explains why he would allege that Uhuru has ‘abandoned’ the Mt Kenya people.

I would not expect him to have his way. The people of Mount Kenya have started to realise he has been using them to push his selfish political agenda. Reason? Leaders, who have been supporting the president to roll out the projects falling under the Big Four agenda, have been flagging out the projects he had initiated in this region. 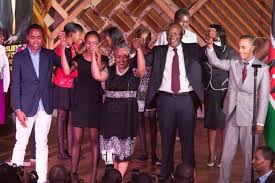 The president has also formed taskforces to look into problems facing tea, coffee, milk, and pyrethrum famers. He had already received some of the reports and the implementation process is underway.

Allow Kenyans to read BBI report and interrogate it

Next
Comments and Opinion
Read more