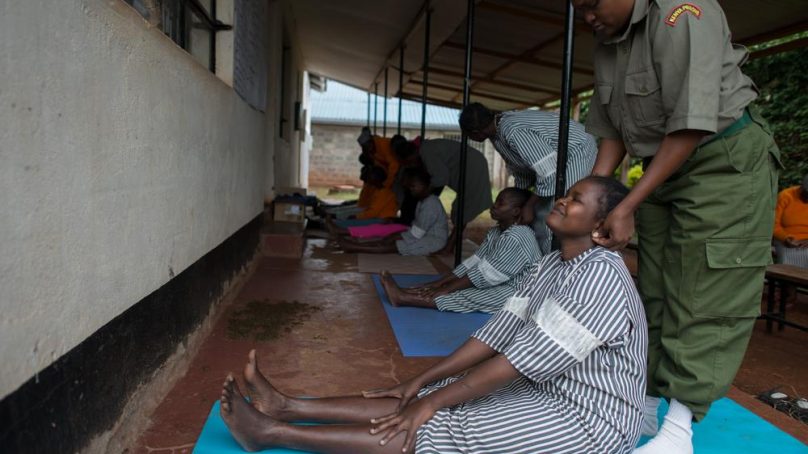 Female remandees and convicts with cases in Kirinyaga Court but currently accommodated at Embu GK Prison have caused congestion at the facility.

According to a report to the Kirinyaga County Court Users Committee, over 90pc of the female inmates’ population at Embu Prison comes from Kirinyaga.

According to the report, the police have to pick the female remandees from Embu then distribute them to Baricho, Wang’uru, Kianyaga and Kerugoya law courts and do the same process in the evening at the expense of other pressing security duties.

As a result, there is delay of cases forcing the court to write production orders for the remandees to be presented in court.

Due to lengthy transport process, remandees end up missing their evening meals while waiting to be ferried back to Embu.

Judge Gitari has proposed that the county government consider and avail land for the construction of a women’s prison in Mwea.

Justice Gitari also cited the lack of a juvenile facility in the county and added that offenders under this category are taken to the neighbouring Murang’a county which has the facility.

She proposed that some rooms in Wamumu Rehabilitation School can be renovated to hold children remandees to avoid mixing them with adults in the police stations.

The committee also expressed concern over charging of Sh2000 for filling the P3 Forms by the clinical officers in many of the health facilities in Kirinyaga.

Justice Gitari said the matter should be addressed with immediate effect to save the public from further exploitation.

The committee was further informed of the congestion of prisoners at the Kerugoya prison with a total 595 inmates against the holding capacity of 300.

Justice Gitari said the number can be reduced through non-custodial sentences like the community service orders where the inmates could be engaged to work in projects beneficial to the community.

Lover hangs self at girlfriend’s gate