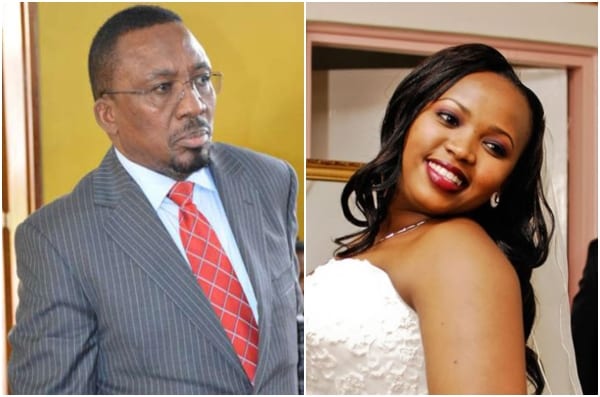 Pastor James Ng’ang’a of Neno Evangelism is a man of troubled life even in his marriage,social and investments.

In a video shared online, the controversial pastor is heard abusing and angrily lecturing bishops as church followers keenly listen.

Pastor Ng’ang’a called for his wife and himself to be accorded total respect and asked those opposed to him to pack up and leave. Sources say,the pastor was bitter after word started spreading within the church that his marriage was hitting rocks due to his immoralities. 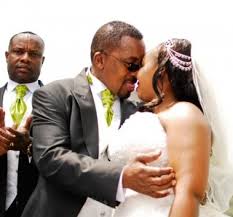 To complicate matters worse were claims the wife was planning to file a divorce and she was a sugarmummy.

It is said one of the Bishops had raised the matter with his colleagues claiming the rumour was causing discomfort among church members,a church member told your favourite Weekly Citizen.He is blaming a section of the pastors allied to Reverend Paul Mwangi based in Karatina who did not agree with the controversial pastor teachings and leads a splinter group. The two also differed over sh4.5 million loan.

He reminded the bishops of how he had single-handedly transformed their lives only for them to treat him and his wife with disrespect. 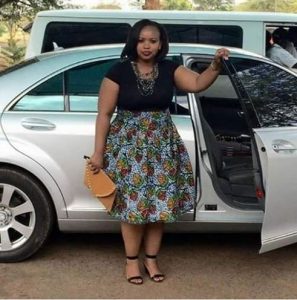 Also,he faced a civil case after his estranged wife claimed, he was abusive and adulterous drunk.

In a child support case filed on September 2  at the Milimani Children’s Court in Nairobi, Loise Murugi Maina accused him of assaulting her physically and not providing for their child.

Murugi, was then seeking Sh535,000 monthly in child upkeep for their then one-year-old daughter. In court papers,she described Ng’ang’a as a man of means renowned for his lavish lifestyle and who would not have any problem coming up with the amount she is seeking.

Nga’ng’a on the other hand accused Murugi of deserting their matrimonial home without notice and denying him access to his daughter whom he fears will not be brought up “with proper moral values.”

“In church, I took the position of an apostle’s wife, helping him with the service and managing church affairs. It is at this time that I started to experience a change in his attitude towards me.”

She claims that she was surprised when she found out who the real Ng’ang’a was.

“He was a drunkard and very abusive towards me, to the extent of insulting my parents. I also later learnt that he was adulterous, sleeping with staff and even bringing married women to our matrimonial bed,” Murugi claims in the court documents. 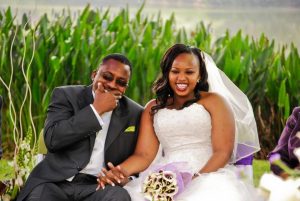 She took issue with the pastor’s alleged behaviour of texting and calling other women while in the house, which she claims caused her emotional pain. In addition, she alleges that whenever she confronted Ng’ang’a with her concerns, he would become very hostile and occasionally threaten her. She claims that the pastor would later try to calm her by apologising and blaming his behaviour and attitude on alcohol and the devil.

According to Murugi, the marriage hit rocks when they were traveling to China for her sister’s graduation. Ng’ang’a insulted her on the plane, and later on abandoned her and her mother at the airport.

She then claimed, Ng’ang’a later sent her a message bragging he had done shopping worth Sh3 million and that he did not care about the graduation. Five days after the graduation, Ng’ang’a reportedly called her to apologise for the ill-treatment towards.

Murugi claims that one day, she found him drinking and they disagreed, resulting in a brawl. She said that after the incident, she received a text message threatening her not to go back home.

“True to his word, he had changed the door locks to deny me access into the house. I was forced to go back with our child to my mother’s house,” said Murugi.

Murugi adds that when they later met over the incident, Ng’ang’a reportedly got drunk and beat her. She claims that she left the house and drove off with her then six months old daughter’s clothes in the family car. She then surrendered the car to police officers who had been sent by Ng’ang’a to collect it.

Pastor Ng’ang’a then responded that, Murugi deserted their matrimonial home and took off with their daughter. Ng’ang’a asked the court to grant him custody of the baby, saying it is in the interest of the child because she has been denied fatherly love, care, control and supervision. 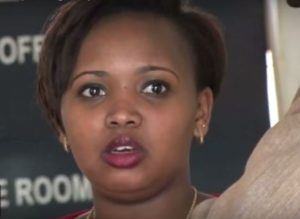 “I have exhausted all avenues to try to resolve this matter. I pray that I be allowed to take care of the child without any interference from Murugi,” reads the evangelist’s affidavit.

But Murugi in her papers is of the view that Ng’ang’a is not competent to be granted custody.

“He is an abusive man, a drunkard and a man who lacks good moral grounding as he has no respect for any one, not even my own mother. He mistreats his children and even brings women to his house. This has resulted in his children being stressed and adopting a ‘don’t-care’ attitude that I would not wish for my child,” s Murugi stated in her suit.

Ng’ang’a had married Murugi after his first wife, with whom he had four children, passed on. The two tied the knot in a colourful ceremony at the Windsor Golf Club in 2012. The wedding was attended by among others, the then Vice President Kalonzo Musyoka.