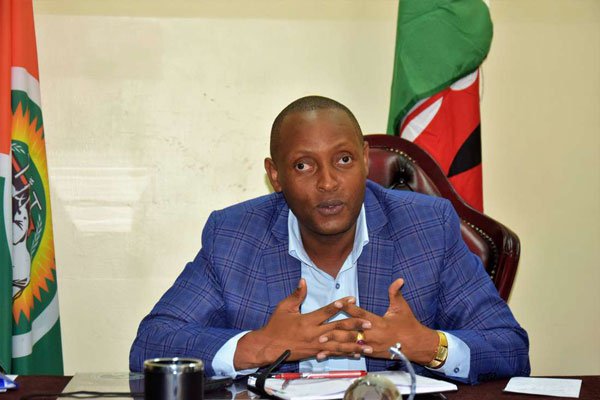 Why Samboja should not worried with impeachment

Taita Taveta governor Granton Samboja is not a worried man. To him, with even the MCAs having passed a motion to impeach him, he is ready to walk the path of impeachment.
Already the High Court has stopped the impeachment process.
For now, Samboja who has the majority of support by local voters who number 52,000 of them signed a petition to recall the MCAs has to wait the senate to decide whether he leaves office or stays on. Analysts say since Samboja
enjoys the support of majority of the locals, senate is likely to favour him against only 30 MCAs. Senate is aware of political battles in the county and that the impeachment was revenge mission by MCAs fearing they have lost ground and the governor’s petition had been received well by voters.
Samboja and MCAs are battling over budget impasse. MCAs are pushing for Sh830 million in unregulated funds for their wards.
Samboja moved and collected signatures in a petition to dissolve the county government. He is tosubmit it to Uhuru Kenyatta, as required by law.
The MCAs adopted a special motion moved deputy majority leader and Rong’e MCA Harris Keke.
The motion had seven grounds of gross misconduct, misleading the county assembly, misappropriation of funds contrary to public finance Act 2012, stalled projects and misrepresentation of facts to the public with an aim of inciting the public against the assembly.
Other grounds included failure to submit to the assembly an annual report on the implementation status of county policies and plans as required by the county government Act 2012. They also cited failure to adhere to the assembly resolution on ratification of Davis Mwangoma as the acting Finance CEC.
During the motion, majority leader Jason Tuja expressed his disappointment in Samboja’s administration. Budget and appropriations committee chairman Godwin Kilele cited political gimmicks and sideshows, saying they have crippled development.
Political analyst say going with the Embu county impeachment process, it will take long for the MCAs to carry the day. It involves both legislative and legal avenues.
Governor Samboja initiated a petition to dissolve the county three months ago, collecting 52,100 signatures countywide.
ACK Bishop Liverson Mng’onda failed to reconcile the governor and MCAs.

Why Kisumu public board is on its knees