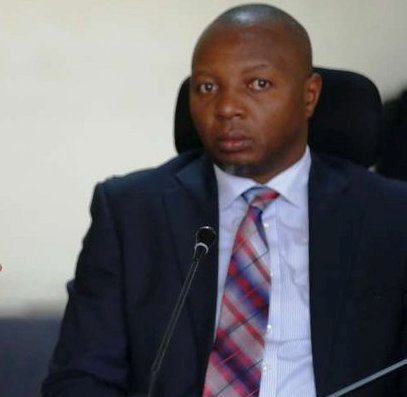 Campaigns for Kisii county gubernatorial seat has gone a notch higher with the race now being narrowed to two political camps – one led by the deputy governor Joash Maangi and the other by Senator Sam Ongeri who have both declared their interest for the coveted seat come 2022 general election. Talk is rife in the county that former Kenya Ports Authority MD Daniel Manduku is under pressure to run for the top county seat. If he decides to go for it, he is bound to complicate matters for other candidates. Manduku enjoys good working relationship with ODM leader Raila Odinga and Internal Security CS Fred Matiang’i the now emerging Gusiiland political kingpin. The question is, will Manduku throw himself in the Kisii county gubernatorial race? Only time will tell! Maangi and Ongeri were all interestingly elected through the ODM ticket to win their present positions and therefore, it is not clear whether they are all going to contest the seat through the same party or different political parties. In case they are going to vie for the seat through the ODM party ticket, it means that they are all going to be subjected to the party nominations so as to get the flag bearer of the party ticket. 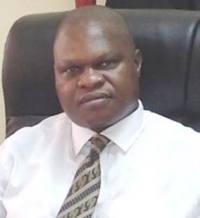 However, as things stand, Maangi aware that he is being blacklisted by ODM top luminaries due to his close association with William Ruto, will defect from ODM and join the party the DP will run on for his quest for the presidency. The two political heavyweights have brought on board potential leaders to their sides as campaigns silently gain momentum despite the corona virus pandemic ravaging the world.Following the ban of public gathering forums which the politicians used to transact their political campaigns, the Maangi and Ongeri camps have resorted to social media as platforms of diversify and articulate their campaigns and agenda. Maangi who is the leading point man of the DP in the entire Gusii region is of late facing difficulties on ground as he is accused together with his team of getting millions of shillings from Ruto that end up in their pockets. Talk is rife that a bitter fallout is imminent between Ruto’s supporters in the region with many petitioning the DP to change tact and strategy and sideline the Maangi camp. 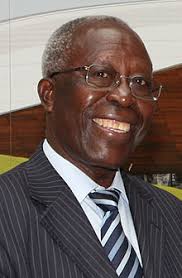 According to investigations carried out, Maangi is emerging as the front runner for the 2022 gubernatorial seat and his candidature cannot be ruled out. Maangi despite being an ODM leader also enjoys support from the Jubilee party and its members and other small parties in Kisii county compared to his political rivals thus giving him an upper hand when it comes to the contest for the seat of the governor.Some of the Jubilee leaders who are rallying their support behind Maangi are the county chairman Sam Nyairo who hails from Gucha which is the big political base of Maangi. Some of the ODM leaders led by former Kisii deputy mayor Samwel Omwando are also closely working with Maangi so as to have his dreams of being the next governor are realised a factor which caused panic and jittery among the Ongeri supporters. What has surprised political analysts is that despite Maangi supporting Ruto for the seat of presidency in 2022, he has never antagonised or rebelled against his party boss Raila Odinga, thus giving him a peaceful moment when campaigning and interacting with Raila supporters.

“If God willing that I am elected as the Kisii county governor, my agenda will be to serve all the area residents without caring who or who never voted for me or which party they belong to,” Maangi told this writer in his office. Further, investigations revealed that Maangi is in a dilemma over which party to aspire for in his determination to go for the gubernatorial seat on following the massive support he was enjoying from members of all political parties which have support in Kisii county. Many of his supporters told this writer that Maangi’s ability to listen, mobilise and assist the needy in the society has raised his political graph in the county compared to his competitors making him to be the best person to take over from James Ongwae after the term of the incumbent expires. “We are only waiting for the constitutional time to come so that we can vote for him as our second governor,” John Makori from Bonchari constituency told this writer. Maangi’s move to respect and not undermine his boss governor Ongwae has earned him support from Ongwae’s supporters. Maangi told this writer that some of his political detractors have hatched plans to smear and taint his name ahead of the next general election but he has assured them that their ill dreams will not succeed. Although he has taken a leading role in condemning corruption in the county government, he has not directly linked the name of governor Ongwae into the vice. 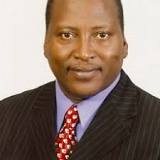 He also believes and trusts that the governor would also reciprocate the support he gave him during the campaigns for his two term tenure by also supporting his bid to replace. Ongeri who is now the senior most politician in the entire Gusii region is also determined to take over from Ongwae as the second governor. He has already put his political troops in place led by Richard Onyonka as his deputy and Janet Ongera as a women rep. Although Ongeri enjoys support following his past performance when he served in various governments, his age factor may complicate his chances of being elected to the position. Many of Ongeri’s supporters argue that what they want from a person they elect is development but not the age factor. “Yes, you may be old and deliver or be young and you don’t deliver. What we need is a person who has development conscious qualities and capabilities which Ongeri has,” Joseph Orina, a supporter of Ongeri remarked. If the gubernatorial elections were to be conducted today, Maangi would likely carry the mantle but one minute, as they say, matters a lot in politics.