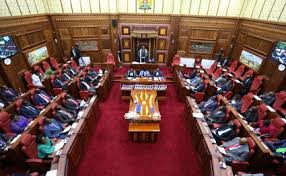 Senate speaker Ken Lusaka’s ruling that endorsed the ouster of the allies of the William Ruto from house leadership has put him between a rock and hard place. In the ruling that is still contested, Elgeyo Marakwet senator Kipchumba Murkomen and his Nakuru counterpart Susan Kihika were removed following a meeting chaired by the Jubilee party leader Uhuru Kenyatta at State House. They were replaced by the West Pokot Senator Samuel Poghisio and Irungu Kang’ata of Murang’a as majority leader and majority chief whip respectively. In the current governance structure, Lusaka is ranked number four from president and deputy in the pecking order and with him, carries huge political clout. He is, however, expected to be non-partisan in the dispensation of his duties. 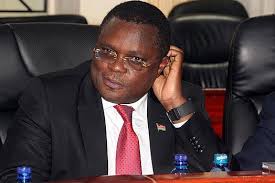 Lusaka’s career in public service since becoming a district officer in Muhoroni in the 1990s is the envy of many, and his peers can only dream about it. No doubt that when history is written, one of the paragraphs that will find space in Lusaka’s illustrious career will be his rise in public service in a short span of 20 years. From a district officer, then district commissioner, deputy provincial commissioner, then permanent secretary and eventually being elected the first governor of his home county Bungoma in 2013 when he first plunged into politics, is a feat many aspire. Not that he was born in a dynasty or royal family, or handed his meritorious rise on a silver platter, no, it has been sheer hard work, luck, opportunity, dedication and the gods being on his side. 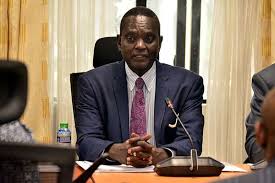 Perhaps, riding on those, he easily won the gubernatorial seat at his first attempt in politics and lost it in 2017 to the current governor Wycliffe Wangamati in a tough duel, where the ruling party, a ticket on which he stood on, was battling the dominance of opposition in the region. As Jubilee point man in the region, he was able to galvanize support for Uhuru who received substantial votes and three MPs from Bungoma county. Therefore, his elevation to the seat of the speaker of the senate is said was after the Jubilee leadership fell out with independent-minded Ekwee Ethuro was not a surprise. Ethuro was known for assertiveness and independent mind that the party was uneasy with.All along, he has been a close ally of the deputy president and indeed, there was talk that he could be considered running a mate of Ruto in an event that the post was to be dangled to the Luhya community in 2022. 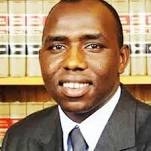 But with the Kenyatta succession taking unpredictable tides, Lusaka now finds himself, for the first in his political career at crossroads. Will he throw in the towel and support Ruto or remain in the middle ground as Uhuru battles all odds to secure a legacy? Lusaka will have either to go back and contest for the Bungoma gubernatorial seat or wait to see how the Uhuru succession comes out at the national level. However, at the national level, he will have to contend with the full house of players that is anti-Ruto from his region that include Senator Moses Wetang’ula, cabinet minister Eugene Wamalwa and Musalia Mudavadi. Lusaka at 57, is still a greenhorn in national politics, compared to the other compatriots but he has his own destiny in his hands as the plot thickens in the Uhuru succession.