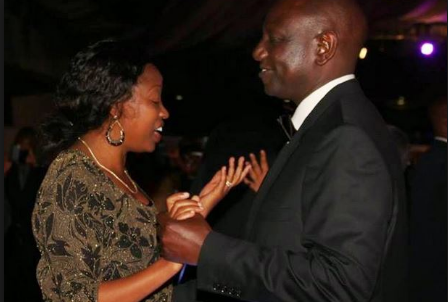 A fierce fight for William Ruto’s ear and attention is threatening to tear apart the Inua Mama lobby group formed by women lawmakers to drum up support for the DP’s 2022 presidential bid to succeed Uhuru Kenyatta.

The lobby co-chaired by Nakuru senator Susan Kihika and Kandara MP Alice Wahome has in its technical team Malindi MP Aisha Jumwa and Laikipia women representative Cate Waruguru. They have been accused of being arrogant, proud and sidelining other regions more so, where the DP has followers like in Kalenjin-dominated Rift Valley, parts of Western where he has married from, Kisii and Maasailand. 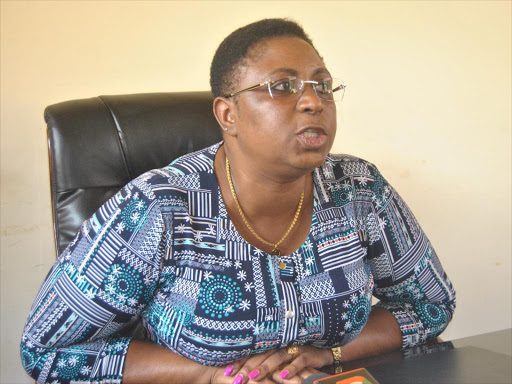 A woman MP who is perceived as a diehard Ruto supporter claimed that due to the operations of the said chosen few as she referred to them, a number of women MPs initially backing Ruto’s presidency have been defecting to the opposing camp.

The chosen few openly boast to be financing Inua Mama lobby group and have no time for colleagues not blessed with fortunes, opulence and good living.

However, the argument has been dismissed by those opposed to them on grounds that they receive money from the DP to finance the lobby operations and have created a wall around the DP and his handlers much to the chagrin of his key ground supporters.

The female MPs are also fighting to outsmart each other and win Ruto to remain relevant in the Ruto government in case he is next president.

They want to broker business deals and prime political positions in the Ruto regime. Others are aware, political survival 2022 is in Ruto hands and even if they lose they will be nominated.

They also want to control the DP’s multibillions campaign kitty.

Speaking to Weekly Citizen at an upmarket Nairobi hotel, two women legislators, one from Rift Valley and another from Western claimed that they were aware money that money is being picked to fund the lobby group’s operations from a busy DP campaign secretariat based in Upper Hill and of course his Nairobi official office.

Insiders who spoke to us in confidence intimated that the fight to control Ruto’s handouts is tearing the lobby group right down the middle as the legislators seek a big role in DP’s campaigns with the hope that they will call the shots in the corridors of power if he wins the presidential race come 2022. 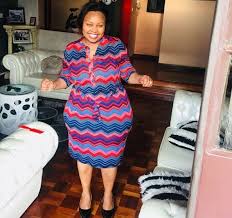 The Inua Mama Mashinani parliamentary women group was formed to solely focus on empowering women at the grassroots both economically and socially, with an eye of winning them over to back the DP’s presidential bid.

It has since eclipsed the once vibrant and well networked Table Banking that had Ruto’s wife Rachel as the patron. Table banking seems to have died a natural death after anti-Ruto forces surrounding Uhuru ordered parastatal organisations bosses not to contribute any money towards its operations as it used to happen before.

Ever since then, Rachel has been missing in action as word has it that the table banking is bankrupt to finance its activities and thus is paralysed.

Inua Mama boasts of over 50 nominated and elected MPs and senators from across the political divide. Its budget per week runs into millions of shillings encompassing allowances and transport. The two MPs even claimed that the uniform they wear as they attend activities to market Ruto 2022 bid was done to benefit a section of them and not wholesomely.

At the Coast, members of the group are leaving in droves, accusing Jumwa of failing to channel Ruto’s money to them. 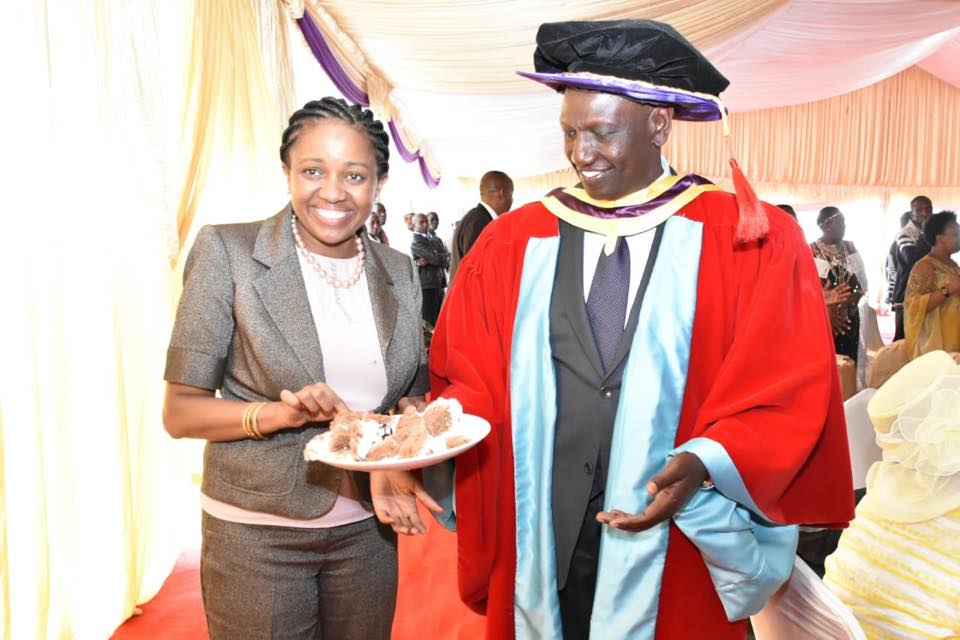 They say Jumwa, who has thrown her weight behind the Umoja Summit Party of Kenya, has accused ODM and Jubilee parties of using and dumping Coast residents. She has been playing hide and seek games with them whenever she collects money from the DP for their facilitation. In fact, they said Jumwa openly states that Ruto is behind the new party and will use it as an alternative in Coast politics to fund his preferred candidates just like in North Eastern where the DP has allies running Economic Frontier Party.

The lobby made news when it embarked on countrywide tours to market Ruto’s 2022 presidential bid with the motto of pushing for the empowerment of women countrywide.

Recently, the leaders descended on Garissa county in style where they danced to Somali music blaring from powerful speakers to the amazement of many.

Jaldesa, Anab Subow, Shollei and Wahome together with nominated senator Millicent Omanga, Gitau and Kihika took the town by storm. Shollei just joined the Ruto camp recently upon discovery that in Uasin Gishu, one has to back the second in command to be politically relevant. They landed in Garissa in a convoy of SUVs as residents watched with bemusement.

In a post on Facebook, Omanga said the movement was in Garissa to advocate investment and capacity building for women. Omanga nomination was brokered by Ruto and she is seen to be among the chosen few.

It is said that Jumwa at one time was instrumental in planning the disruption of a meeting by the Embrace Movement made up of women leaders supporting the Building Bridges Initiative at Karisa Maitha grounds, Kilifi.

During a funeral in Mtondia village, Tezo ward, Jumwa said the people of Kilifi had been misused by the parties they supported wholeheartedly.

“There is time for everything. Mijikendas are tired. If a local party will be our salvation, then I am fully behind USPK,” the lawmaker said.

Jumwa has declared total war on Kilifi women representative Gertrude Mbeyu, accusing her of working against the interests of local residents.

Jumwa is bitter that Mbeyu whom she claims to have groomed and assisted to win the county MP seat in the last general elections has abandoned her and joined Team Embrace which is against Ruto’s 2022 presidential ambitions.

Inua Mama was reportedly formed to counter Embrace Movement that is opposed to Ruto. 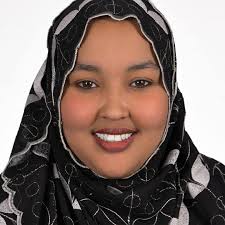 According to Wahome who chairs the Inua Mama Movement, they have enlisted 48 women leaders who are traversing different parts of the country to advocate issues affecting their gender, as well as drumming up support for Ruto’s 2022 presidential bid.

During their countrywide rallies, Team Embrace castigates Ruto for advancing 2022 politics. The women leaders even vowed to “deal with the DP if he continued to disrespect Uhuru and Raila”.

The formation of the two factions brought forth a women’s political showdown that is likely to widen the rift between Tanga Tanga and Kieleweke factions.

Whereas the Wahome-led outfit has blessings of the DP, Team Embrace on the other hand has the anointment from State House and the opposition wing.

Interestingly, the two sides have attracted the most vocal female politicians in the country.

According to Wahome, Inua Mama is an initiative that brings together women from across the political divide.

The aim is to help women in Kenya to start Savings and Credit Co-operative Society to help them realise their economic goals.

But their rivals say the group has taken over the operations of Ruto’s wife, Table Banking initiative.

Rachel formed the Joyful Women Organisation in 2009 with the aim of empowering women economically.

The non-governmental organisation aims to empower Kenyan women and focuses on supporting women who are engaged in livelihood projects which help them improve their food security while increasing their income at the same time.

In addition to these livelihood projects, Joywo helps women build their entrepreneurial and business skills by running training sessions which have resulted in women diversifying their agricultural production.

At one time, Joywo operated table banking groups in 43 counties with over 12,000 groups.

But the group was in the news when reports of tension rising within the civil service following its demand for boards of parastatals, CEOs and heads of government departments to contribute funds towards its sixth anniversary emerged.

The matter even caught the attention of foreign donors who not only raised integrity questions but questioned the legitimacy of the activities of the NGO.

There were reports the Economic Crimes Unit of the US Attorney General’s office was investigating the beneficiaries of hundreds of thousands of dollars remitted to various Kenyan NGOs among them Joywo with a view to establishing the truth behind the formation of the NGOs by providing direct assistance through organisations such as USAid.

Aware of local and international perception, the Office of the Deputy President quietly deployed government machinery for purposes of raising funds for the organisation’s sixth anniversary fete.

The demand for money to various government departments heads was conducted by close aides of the DP. Incidentally, those who support Joywo wonder why the same directives to starve it of finances were not ordered on Beyond Zero organisation that is headed by Uhuru’s wife Margaret and that continues to enjoy state funding.

It remains to be seen which of the two factions will have the final laugh.