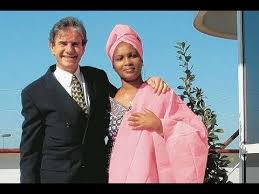 There was shock when the missing body of Dutch tycoon Tob Cohen was finally discovered inside a septic tank at his Kitusuru residence.

Cohen had filed an assault case against his estranged Kenyan wife prior to his mysterious disappearance between July 19 and 20.

The bitter Cohen recorded how Wairimu pocketed police officers from Parklands to stage-manage an assault case against him.

He also claimed had claimed Wairimu denied him his conjugal rights in dispute over the ownership of properties situated along Farasi, Lane Mugumoini.

The former Philips Electronics East Africa CEO said the intended prosecution was aimed having him deported from Kenya so that his properties are left with Wairimu.

Weekly Citizen has established that detectives was all long discovered that the body was hidden in the septic tank but were cautious enough not to remove it before the arrival of families members into the country.

The logic behind the move was to allow family members positively identify the body right at the scene of crime  with a view of presenting a watertight evidence in the court.